At the Fakahatchee Strand Preserve State Park in Southwestern Florida, a square kilometer area has yielded 432 different species of lichen, 18 of which are new to science.

An astonishing 432 species of lichen have been documented within one square kilometer at the Fakahatchee Strand Preserve State Park in southwestern Florida. The discovery was made by a team of scientists led by Robert Lücking of the Field Museum in Chicago. Their census of lichen species from the park produced 18 species new to science, and almost 100 species that were previously not known to be in North America.

There are just eight other parks in the U.S. with a higher number of lichen species than the Fakahatchee Strand Preserve, but those tallies were obtained over much larger areas. The census at the Fakahatchee Strand Preserve is noteworthy because, as Lücking described in a press release, it has more lichen biodiversity in a relatively small space than anywhere else in North America. He also expects more new species of lichen will be found at the park.

The lichen census results were published in the March 2011 issue of the Florida Museum of Natural History Bulletin, about two years after the census.

Lichens are actually two organisms in one, living symbiotically. One part is a fungus. The other is a photosynthetic companion – most lichens have green algae but some have cyanobacteria (formerly called blue-green algae) instead, and a few have both green algae and cyanobacteria. The fungus and its photosynthetic companion obtain water from the atmosphere through rain, fog, and dew, as well as minerals from airborne dust. Green algae (or for some lichens, cyanobacteria) create simple sugars via photosynthesis – food for itself and its fungus companion. The fungus protects its photosynthetic partner and retains water for later use, and some fungi are able to extract minerals from the substrate – that is, what it’s growing on, such as stone or bark. If cyanobacteria are present, they convert atmospheric nitrogen into ammonia for use by both symbionts, the fungus and the bacteria.

Depending on the type of fungus, lichens have different morphologies. Some look like they’ve been painted on a surface. Others have hair-like filaments, “leafy” growths, or branches. Because they extract their nutrients from the air, some lichens accumulate pollutants in their tissues, making them useful biomonitors of environmental conditions. In some parts of the world, lichens were, and still are used for food and medicine, and as a source of dyes.

Lichens thrive in a wide range of environments, such as frigid polar regions, rocky coastlines, and dry deserts. However, the highest diversity of lichen species is found in tropical rainforests. The Fakahatchee Strand Preserve in southwestern Florida is sometimes regarded as the “Amazon of North America” because of its rich diversity in tropical plants. But it’s not just the tropical conditions that yielded a large number of lichen species – it was also the number of eyes on the lookout for lichens. Said Lücking, in the press release,

Different people have different methods of looking. You can have several people working near each other and some individuals will find things that others overlook. 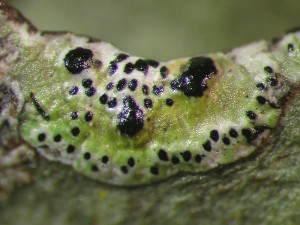 The lichen biodiversity study at the the Fakahatchee Strand Preserve was part of the Tuckerman Lichen Workshop series, where professional and amateur lichenologists meet once or twice a year to study lichens at different locations in North America. The workshop in Florida, funded by the National Science Foundation, was part of an effort to collect information about lichen species in North America. With a haul of 432 species, including 18 new to science and almost 100 that were previously unknown in North America, the Fakahatchee Strand Preserve lichen census has made a significant contribution to the body of knowledge about North American lichens, and set a new U.S. record for lichen diversity within a small area.

The odd life of an underground orchid

Have you seen mushrooms growing in circles?