Below are links to five image-based stories that highlight some findings from this year’s report.

2019 was Arctic’s second-warmest year on record 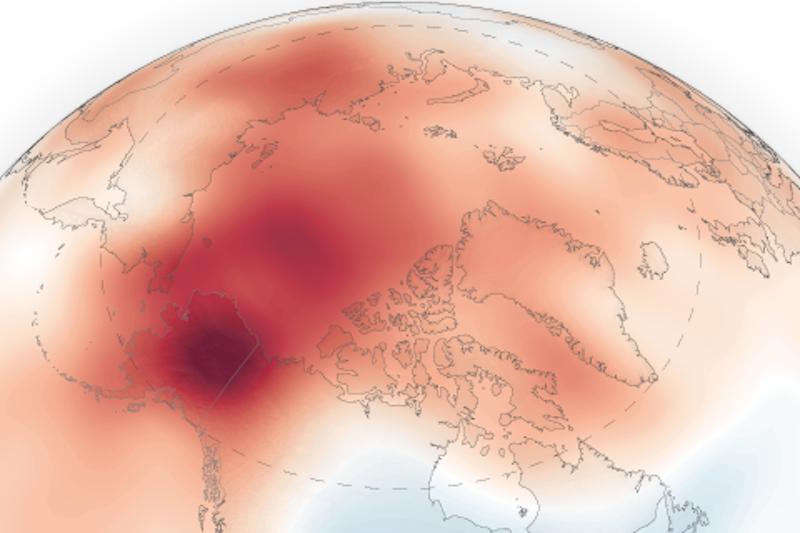 In 2019, surface temperatures were the second-warmest on record, continuing a string of 6 years that have been warmer than all other periods in the historic record dating back to 1900. Full story.

At gateways to the Arctic, northern fish are retreating 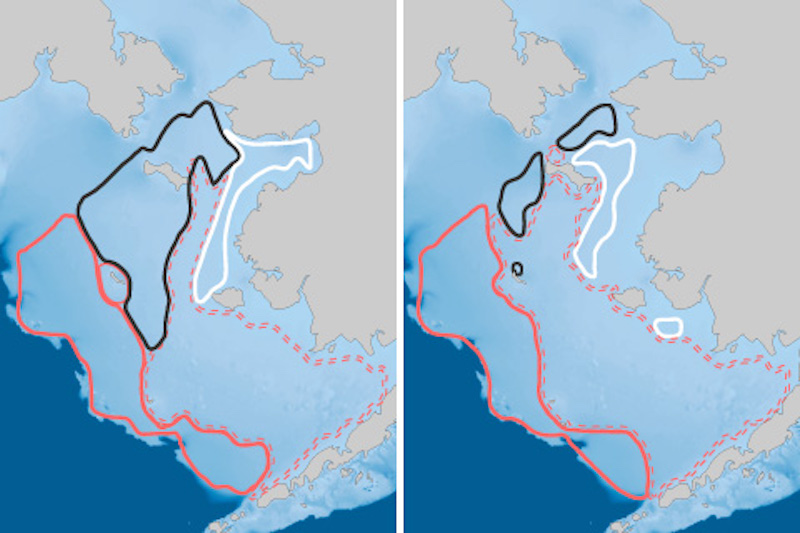 As Arctic waters warm, fish and marine mammals are migrating in search of their preferred habitats and food sources. In both the Bering and Barents Seas, Arctic fish are retreating, while more southern species are expanding northward. Full story. 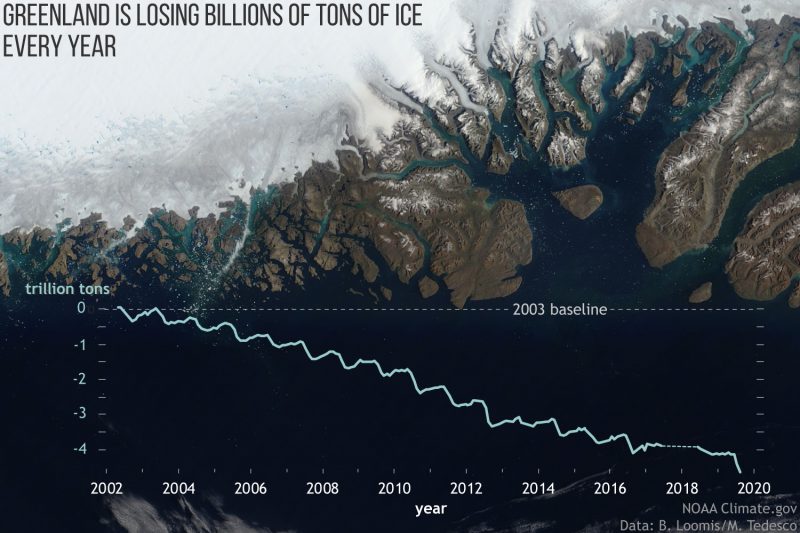 The Greenland Ice Sheet contains enough stored water to raise sea level by more than 24 feet (7.2 meters) as it melts. How fast that will occur is one of the big unknowns for predicting the pace of sea level rise over the rest of the century. The 2019 melt season on Greenland rivaled 2012’s record-melt year. Full story. 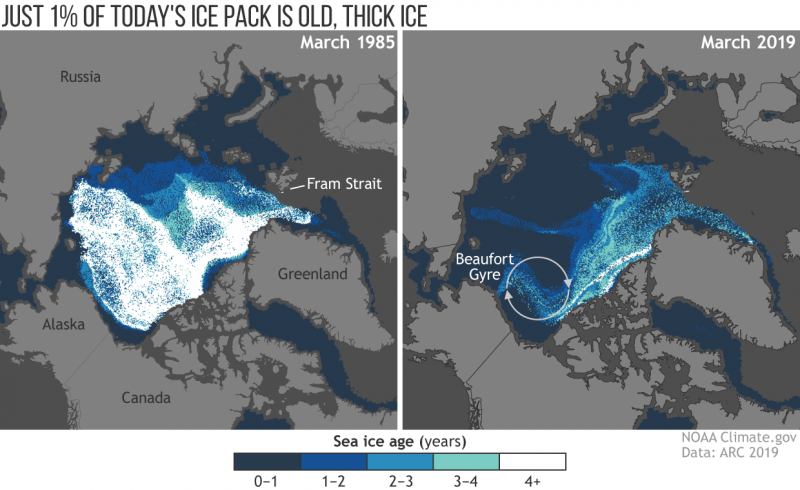 One consequence of the region’s dramatic warming trend is that Arctic sea ice doesn’t last as long as it used to. The proportion of old, thick ice in the Arctic’s winter maximum ice pack has dropped from more than a third in the mid-1980s to barely just 1% today. Full story. 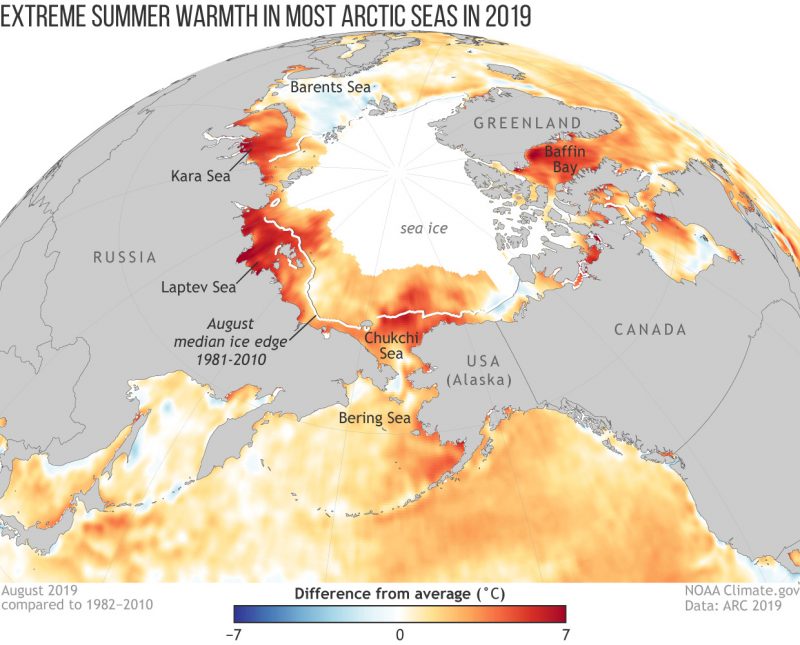 Like the air, the waters of the Arctic are warming, triggering a feedback loop in which sea ice melts, exposing more water to sunlight, leading to more warming. The warmth in summer can be extreme, as shallow coastal areas that were historically covered with sunlight-reflecting ice and snow are now open water. Full story. 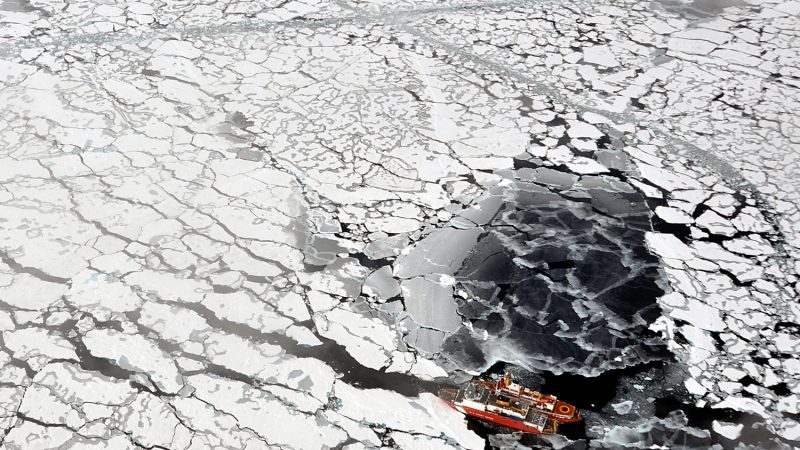 Two Canadian Coast Guard ships tie up to ice in the Arctic Ocean on September 5, 2019. The two ships were taking part in a multi-year, multi-agency Arctic survey to map the Arctic continental shelf. Image via Patrick Kelley/ U.S. Coast Guard.