According to NOAA data, global growth in atmospheric carbon dioxide (CO2) in 2018 was the 4th-highest in 60 years of record-keeping. 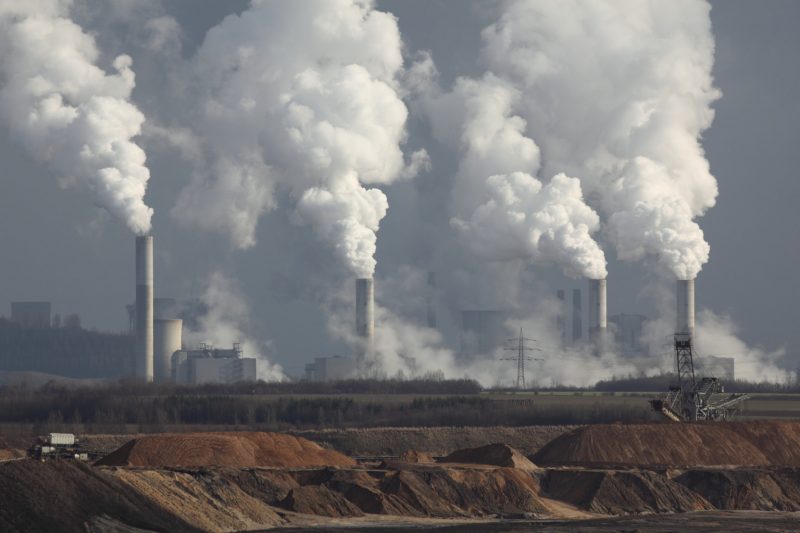 This article is via NOAA’s National Ocean Service.

By the end of 2018, NOAA’s atmospheric observatory at Mauna Loa, Hawaii, recorded the fourth-highest annual growth in the concentration of atmospheric carbon dioxide (CO2) in 60 years of record-keeping.

That means three of the four highest annual increases have occurred in the past four years, said Pieter Tans, senior scientist with GMD. Tans said:

At a time when there’s all this talk about how we should be decreasing CO2 emissions, the amount of CO2 we’re putting into the atmosphere is clearly accelerating. It’s no coincidence that the last four years also had the highest CO2 emissions on record. 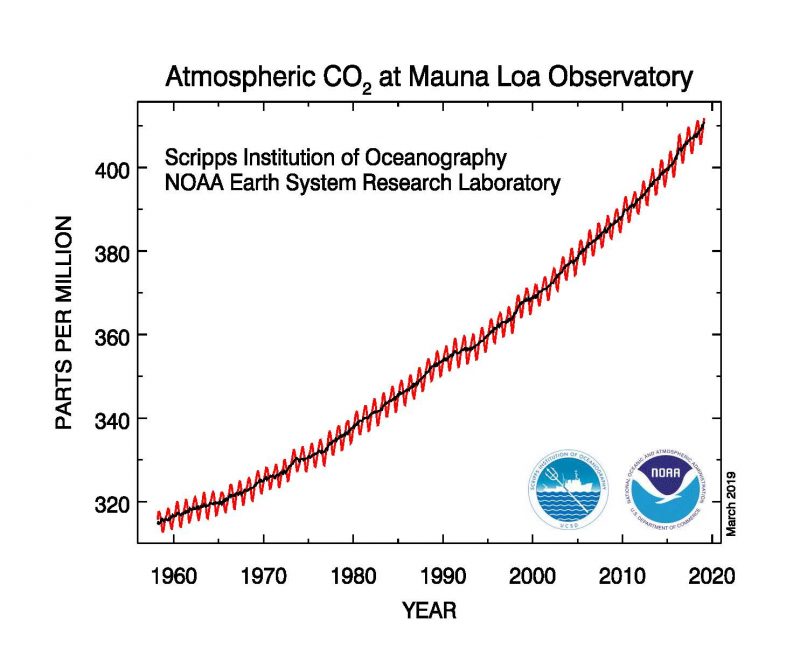 A chart showing the steadily increasing concentrations of carbon dioxide in the atmosphere (in parts per million) observed at NOAA’s Mauna Loa Observatory over the course of 60 years. Measurements of the greenhouse gas began in 1959. Image via NOAA.

NOAA captures and analyzes air samples from a network of observatories and collecting stations around the world. Situated close to the top of Hawaii’s Mauna Loa volcano, NOAA’s Mauna Loa Observatory samples “background” samples of Northern Hemisphere air. Mauna Loa is the oldest in the network and has the longest record of CO2 measurements.

The increase observed in 2018 ranks behind only 2016’s record jump of 3.01 ppm, 2015’s near-record increase of 2.98 ppm and 1998’s growth of 2.93 ppm/yr in the modern record. The record dates to March 1958 when David Keeling of the Scripps Institution of Oceanography started measuring atmospheric CO2 in what’s known as the Keeling Curve.

Globally averaged CO2 levels increased by a similar amount to what was observed on Mauna Loa during 2018.

Carbon dioxide is by far the most important of the five primary greenhouse gases – carbon dioxide, methane, nitrous oxide, carbon monoxide and ozone – both in total amount and the rate of increase. When the first Mauna Loa samples were analyzed in 1958, CO2 had already risen 35 ppm from the pre-industrial level of 280 ppm. In the past 60 years, CO2 has increased by an additional 95 ppm to 410 ppm today.

In the last two decades, the rate of increase has been roughly 100 times faster than previous natural increases, such as those that occurred at the end of the last ice age 11,000-17,000 years ago. Tans said:

Today’s rise of CO2 is dominated by human activities. It’s not from natural causes.

NOAA tracks five primary greenhouse gases that warm the planet by trapping heat from Earth’s surface that would otherwise escape into space, including two chlorofluorocarbons controlled by the Montreal Protocol that damage Earth’s ozone layer. All five gases account for about 96 percent of the atmosphere’s increased heat-trapping capacity since 1750, another climate indicator tracked by NOAA.