Sea ice in the Arctic grew to its annual maximum extent last week, and joined 2015, 2016 and 2017 as the 4 lowest maximum extents on record, say scientists

Sea ice in the Arctic grew to its annual maximum extent – the largest ice-covered area of the year – last week. NASA scientists said 2018 joined 2015, 2016 and 2017 as the four lowest maximum extents on record.

The sea ice covering the Arctic Ocean melts and regrows in an annual cycle, thickening and expanding throughout the winter months and melting in the spring and summer. The ice cover generally reaches its maximum extent sometime in late February or March. After that, ice melts through the summer, hitting a low point in early or mid-September. Arctic sea ice has been declining both during the growing and melting seasons in recent decades.

On March 17, 2018, the Arctic sea ice cover peaked at 5.59 million square miles (14.48 million square km), making it the second lowest maximum on record, at about 23,200 square miles (60,000 square km) larger than the record low maximum reached on March 7, 2017, according an analysis by scientists at the National Snow and Ice Data Center (NSIDC) and NASA.

The Arctic sea ice cover continues to be in a decreasing trend and this is connected to the ongoing warming of the Arctic. It’s a two-way street: the warming means less ice is going to form and more ice is going to melt, but also, because there’s less ice, less of the sun’s incident solar radiation is reflected off, and this contributes to the warming. 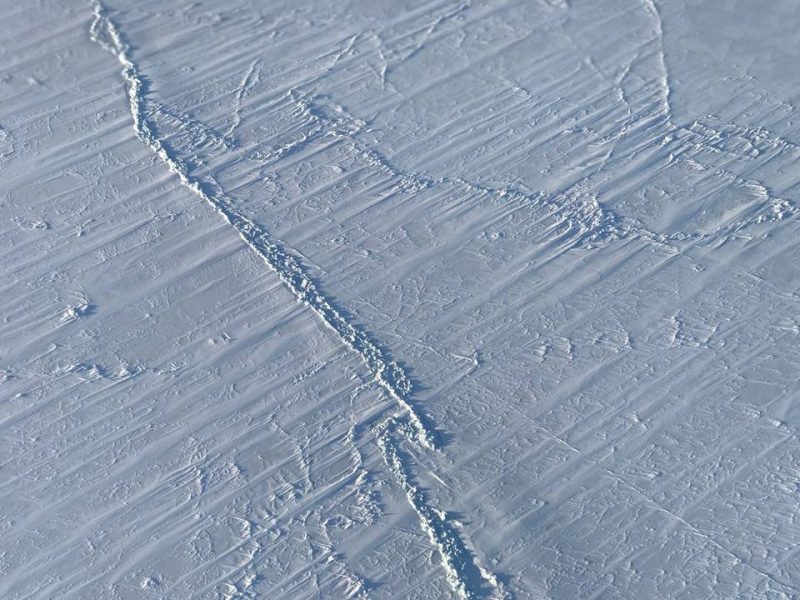 Alek Petty is a sea ice researcher at Goddard. Petty said in a statement:

This old, thicker ice is what we expect to provide stability to the Arctic sea ice system, since we expect that ice not to be as vulnerable to melting out as thinner, younger ice. As ice in the Arctic becomes thinner and more mobile, it increases the likelihood for rapid ice loss in the summer.

Despite the fact that this year’s melt season will begin with a low winter sea ice extent, this doesn’t necessarily mean that we will see another record low summertime extent. Parkinson said:

A lot will depend on what the wind and temperature conditions will be in the spring and summer.

The decline of the Arctic sea ice cover has myriad effects, from changes in climate and weather patterns to impacts on the plants and animals dependent on the ice, and to the indigenous human communities that rely on them. The disappearing ice is also altering shipping routes, increasing coastal erosion and affecting ocean circulation.