2015 worst US wildfire year on record

Wildfires burned more than 10 million acres of land in the United States in 2015, a year marked by intense drought across much of the west. 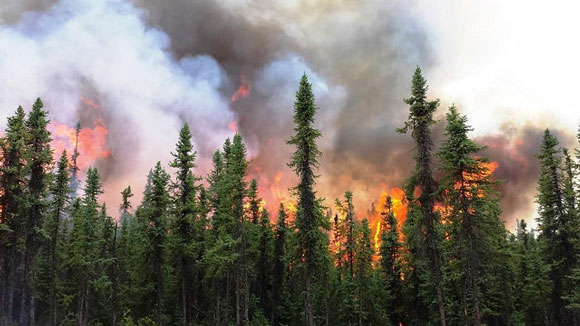 According to new preliminary data released by the National Interagency Fire Center (NIFC), wildfires scorched more than 10 million acres of land in the United States during 2015. That makes 2015 the worst wildfire year on record based on data dating back to the early 1960s. The year was marked by intense drought across much of the western U.S., which likely contributed to the high levels wildfire activity.

Although the NIFC does caution that the data sources prior to 1983 cannot be confirmed and that the older data should not be compared to later data, the long-term numbers posted on their website do represent some of the best data available on wildfires during the mid-twentieth century. Hence, some comparisons are made below with the caveat that the older data are likely not as accurate as the newer data. 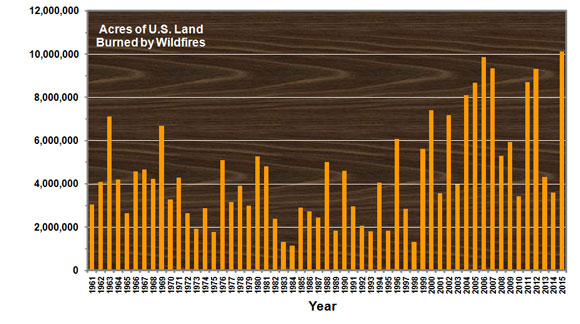 Annual amount of land burned by wildfires in the U.S., according to National Interagency Fire Center data. Image via D. E. Conners, EarthSky.

The year 2015, which was the worst year for wildfires in the long-term record, was marked by intense drought across much of the western U.S., and dry conditions from drought likely contributed to the high levels of wildfire activity. CNN has posted a neat interactive tool that lets you view maps of the drought in the U.S. as it progressed throughout the year in 2015–you can view that tool at the link here.

Bottom line: New preliminary data from the National Interagency Fire Center show that more than 10 million acres of land burned across the U.S. in 2015—it was the worst year for wildfires in the past several decades.