Find M4 near the Scorpion’s Heart

If you’ve never found a deep-sky object on your own before, M4 – a globular star cluster, one of the nearest to our solar system – is a grand place to start. It’s near the bright red star Antares in the easy-to-spot constellation Scorpius the Scorpion. To spot it, you’ll need a dark sky. 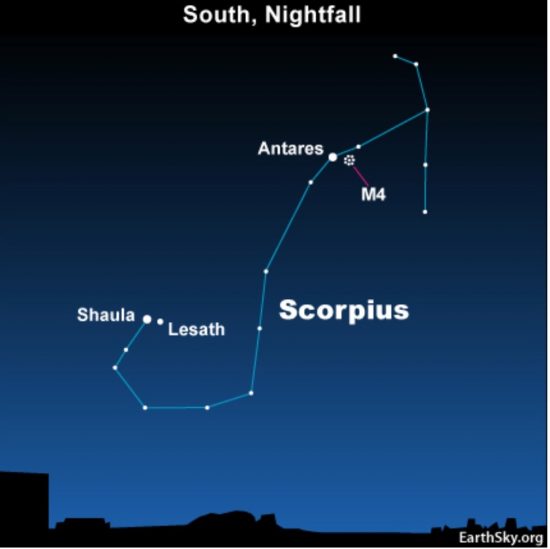 Assuming you have a dark sky, look just to the right of Antares for M4.

Red Antares – the brightest star in Scorpius the Scorpion and often called the Heart of the Scorpion – is up in the evening now. It’s a bright red star known for twinkling rapidly. If you have binoculars, sweep for an object near Antares on the sky’s dome. This object is called Messier 4 or M4. It’s a globular cluster, one of our galaxy’s oldest inhabitants. M4 has an estimated age of 12.2 billion years, in contrast to about 4.5 billion years for our sun.

If you’ve never found a deep-sky object on your own before, M4 is a grand place to start. Northern Hemisphere summer evenings – or Southern Hemisphere winter evenings – are probably your best bet for catching M4. The M4 globular star cluster is easy to find, because it’s right next to the first-magnitude star Antares, the brightest in the constellation Scorpius the Scorpion.

Your first step to locating M4 is to find Antares, the Scorpion’s heart star. 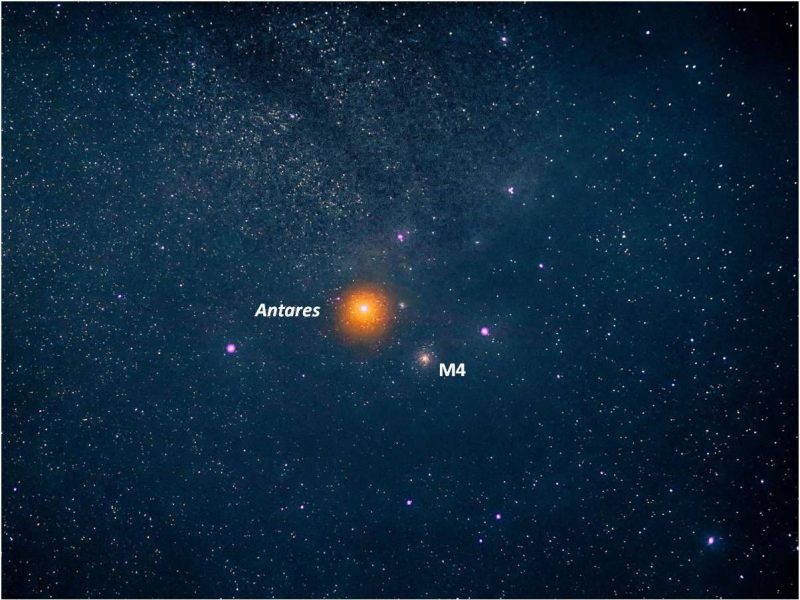 View at EarthSky Community Photos. | EarthSky friend Dr Ski in the Philippines caught M4 near the red star Antares back in April, when they were in the morning sky. He wrote: “Red giant Antares with its globular cluster companion M4. A feast for the eyes through any instrument!” Thank you, Dr Ski! 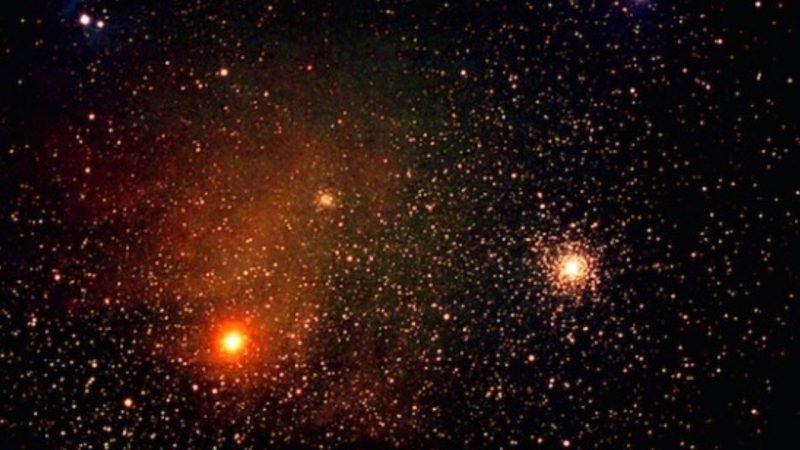 You might glimpse M4 with the unaided eye on a very dark, moonless night, from a country location. If you can’t spot it, use binoculars to sweep for it.

Antares and M4 readily fit inside the same binocular field of view, with M4 appearing a bit more than 1 degree to the west (or right) of Antares. For reference, a typical binocular field has a diameter of 5 to 6 degrees. M4 looks like a rather dim, hazy star in binoculars.

Once you spot it, you might begin longing for a telescope to be able to resolve this fuzzy cluster into a clump of starry pinpoints. 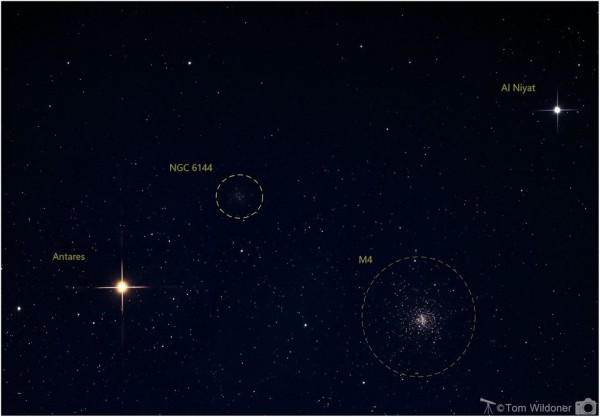 A 5-minute stacked image of Antares and the surrounding region including the globular cluster Messier 4 (M4). Photo by our friend Tom Wildoner at the Dark Side Observatory. 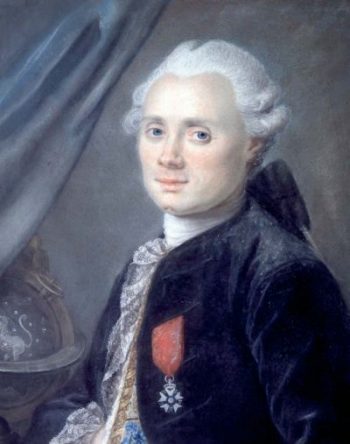 Instead, globular clusters populate the galactic halo, the sphere-shaped region of the Milky Way circling above and below the pancake-shaped galactic disk.

M4 is about 75 light-years across.

Globular clusters are tightly packed with tens to hundreds of thousands of stars, whereas open clusters are loosely-bound stellar confederations with only a few hundred to a thousand stars. Globular clusters contain primitive stars that are billions of years old and almost as old as the universe itself. On the other hand, open clusters consist of young, hot stars that tend to disperse after hundreds of millions of years. 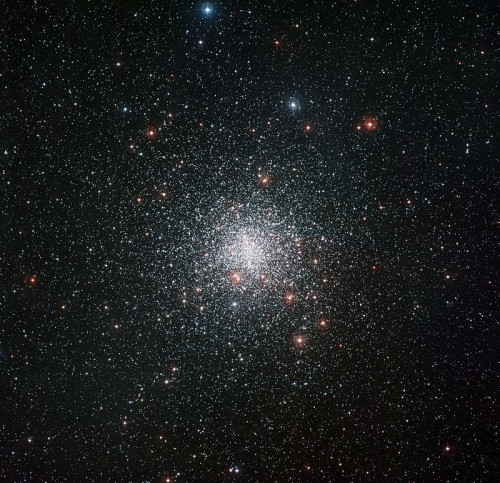 Bottom line: M4 or Messier 4 is a globular star cluster, one of the nearest to our solar system. It’s also one of the easiest of all globular clusters to find.