Venus, Mercury and the moon!

Two photos of this week’s planet and moon spectacular, from a master sky photographer, from one of Earth’s most pristine skies. 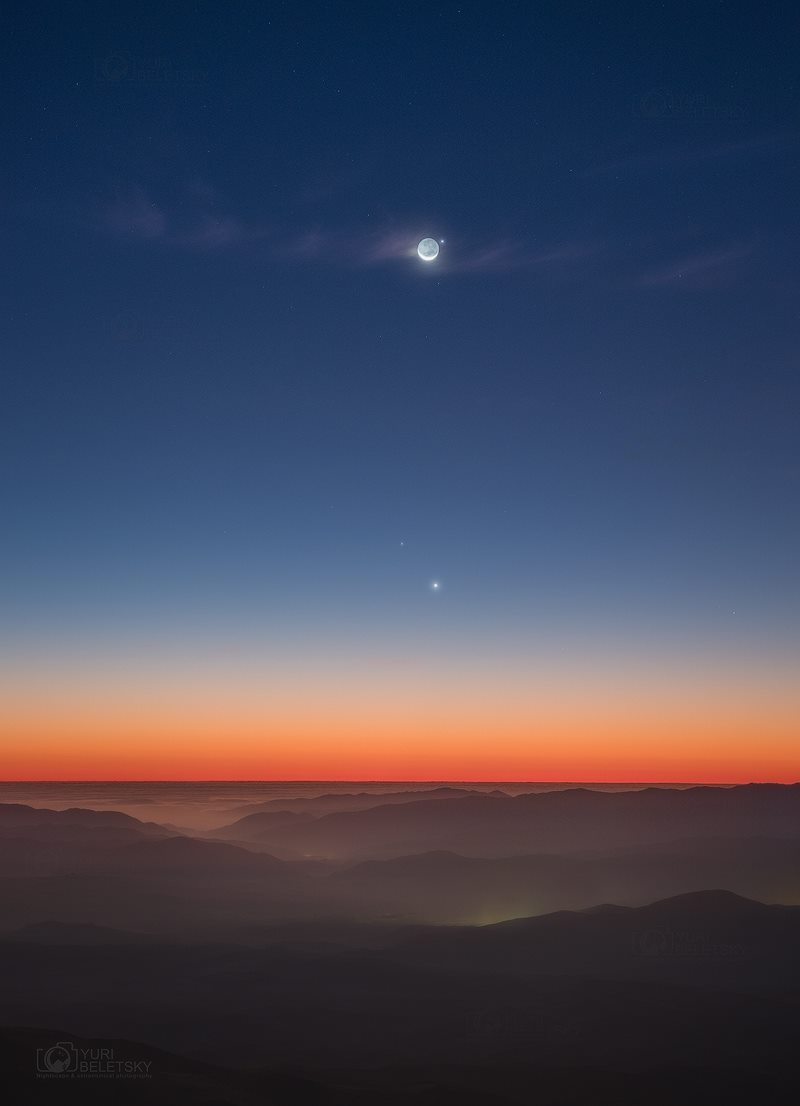 On two evenings this week – August 3 and 4, 2016 – people around the world had a chance to see something really special. The very young moon was near two planets extremely low in the west after sunset, Mercury and Venus. What could be more beautiful? Yuri Beletsky works as an astronomer for the Carnegie Institution for Science, whose giant Magellan Telescopes are located at the Las Campanas Observatory in Chile. He’s also a wonderful sky photographer. Enjoy his photos of the planets! Of the photo above, he wrote:

.. we were so lucky to witness truly amazing scene, the moon and Mercury in close dance just above bright Venus soon after the sunset. I took an image and you can see how close Mercury actually was to the moon.

At some point I also noticed a stripe of light clouds passing by, and I waited few moments until it crossed the moon, producing some nice reflection.

I hope you will enjoy the view!

Thanks so much, Yuri! 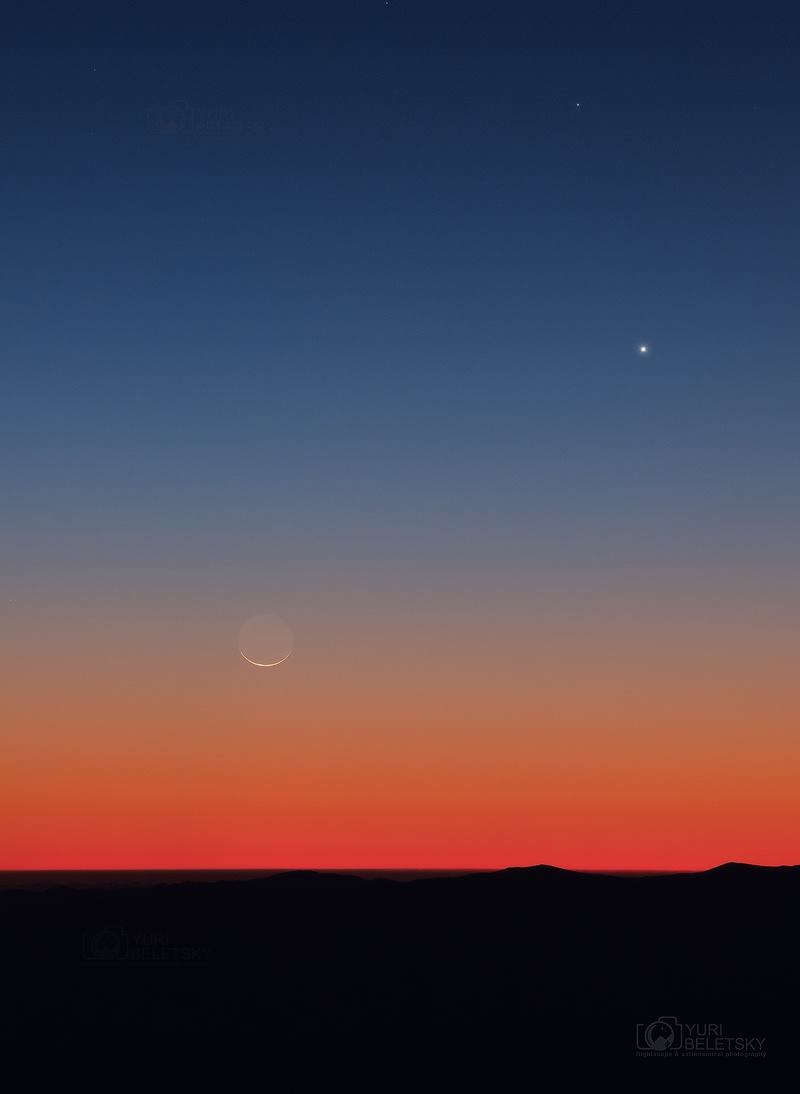 Here’s Yuri’s photo from the night before – August 3, 2016 – when the extremely young moon was near Venus. Photo by Yuri Beletsky in Chile’s Atacama Desert.