Jupiter and its moons

Because Jupiter was opposite the sun on April 7 – and closest for 2017 on April 8 – we’ve received some great photos of Jupiter and its 4 largest moons. 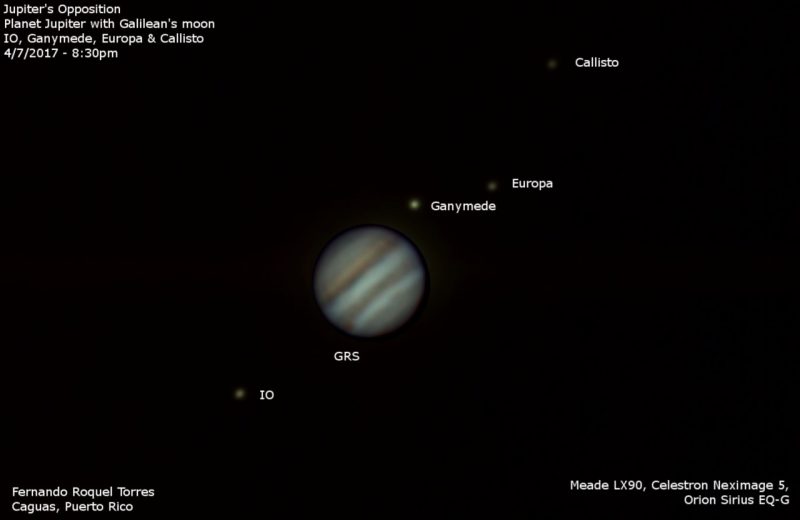 View larger. | Fernando Roquel Torres in Caguas, Puerto Rico captured Jupiter, the Great Red Spot (GRS) and all 4 of its largest moons – the Galilean satellites – on the date of Jupiter’s 2017 opposition (April 7). 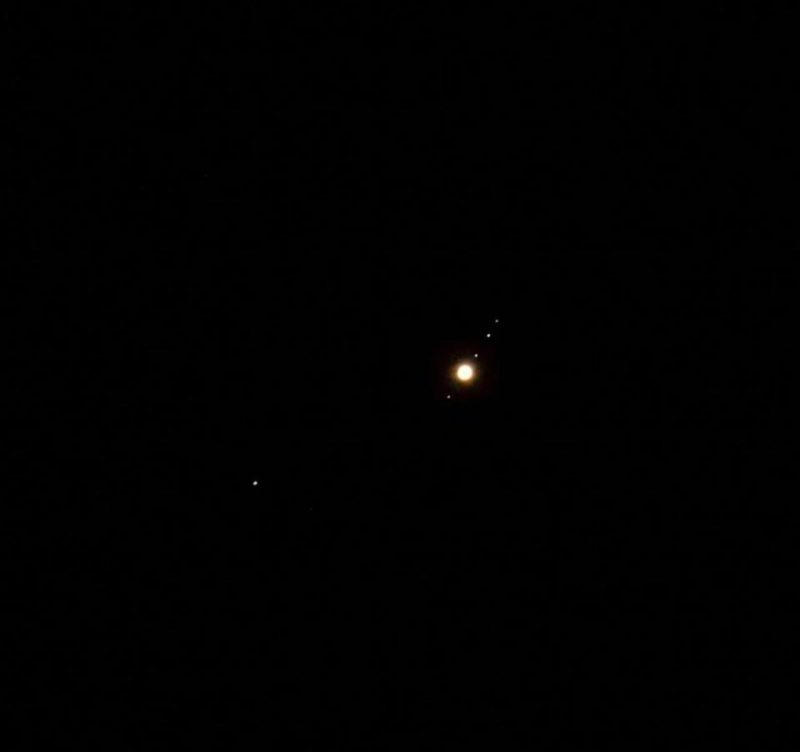 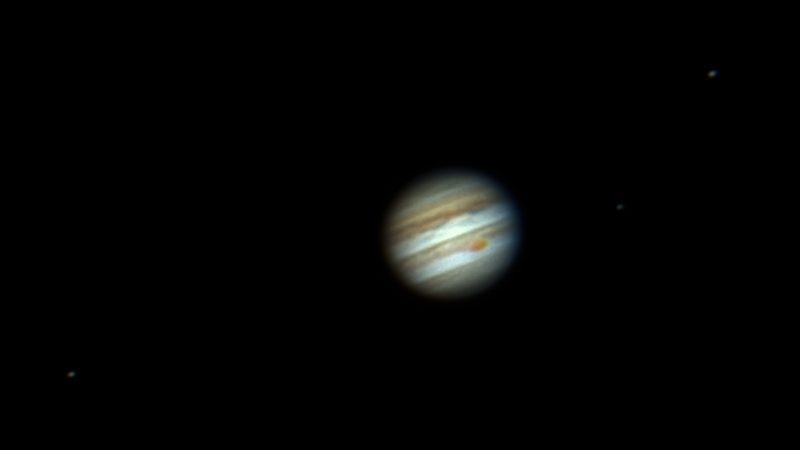 View larger. | Jupiter at opposition on April 7 with the Great Red Spot and moons Io, Europa, and Ganymede (L to R). Photo by Rob Pettengill in Austin, Texas. 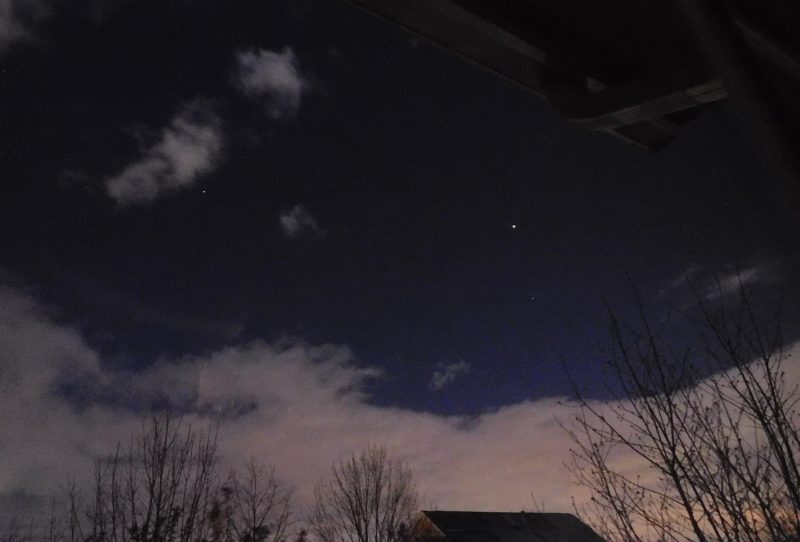 Rita Raina caught the view as you can see it with your eye alone. Star Arcturus on the left, Jupiter and star Spica on the right. She wrote: “How easy it was tonight to see the moons of Jupiter … I managed to click and view through binoculars…. :)”