You don’t need to find the radiant to see the meteors. But it’s fun to spot, near the bright star Vega. 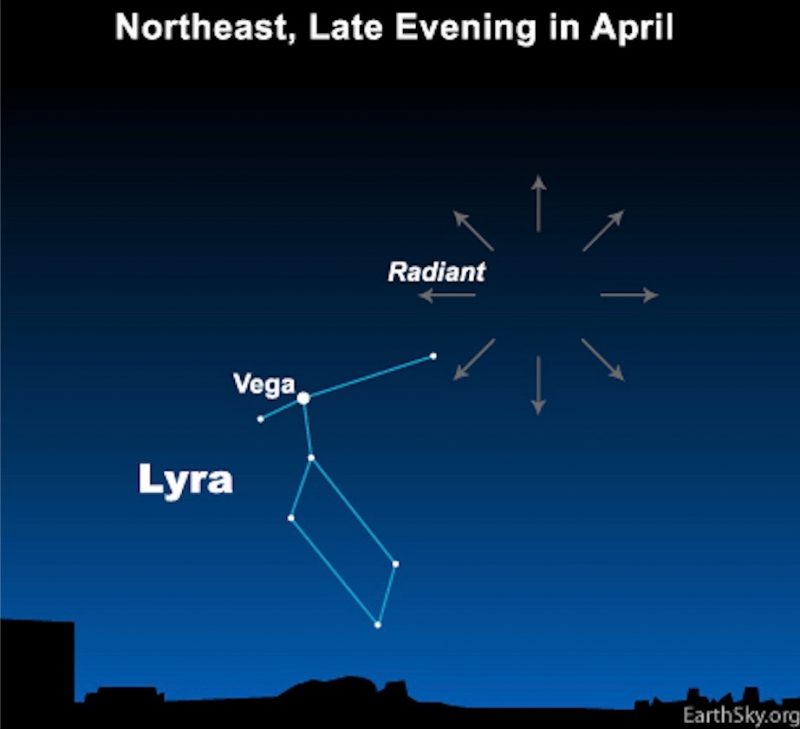 Lyrid meteors radiate from near the bright star Vega in the constellation Lyra.

It’s Lyrid meteor time again! The Lyrids aren’t the richest shower of the year, but in 2020, the skinny and almost-new moon won’t hinder the view. We expect them to be flying early this week, probably beginning late night Sunday, April 19.

The radiant point for the Lyrid meteor shower – the point in the sky from which the meteors appear to radiate – is easy to find. The point is just to the right of the beautiful blue-white star Vega, which is the brightest light in the constellation Lyra the Harp.

In 2020, the Lyrid shower probably peaks in the predawn hours on Wednesday, April 22. The following morning (April 23) might be good too. Click here for more.

How important is it that you can find the Lyrid’s radiant point in your sky, if you want to watch the shower? Not at all important. The meteors will radiate from that point, but many won’t become visible until they are 30 degrees or so from the radiant. Plus, they’ll be radiating out in all directions from their radiant point. Thus – as meteor-watchers know – the meteors will appear unexpectedly, in any and all parts of the sky.

However, it’s fun to find the radiant point. If you trace the paths of the Lyrid meteors backward on the sky’s dome, you’ll find that they appear to originate from near Vega, which is the heavens’ fifth brightest star. It’s from Vega’s constellation Lyra that the Lyrid meteor shower takes its name. Also, knowing the rising time of a meteor shower’s radiant point helps you know when the shower is best in your sky.

From the Northern Hemisphere, Vega rises above your local horizon – in the northeast – around 9 to 10 p.m. local time. That time is true no matter where you are, assuming you’re at a northerly latitude. It climbs upward through the rest of the night. By midnight, Vega is high enough in the sky that meteors radiating from that direction streak across your sky. Just before dawn, Vega and the radiant point shine high overhead, and the meteors will be raining down from the top of the Northern Hemisphere sky.

From the far southerly Southern Hemisphere, Vega – and the Lyrid meteors’ radiant point – don’t rise until the hours before dawn. The radiant point never gets very high in the sky. Many of the meteors that come from this point head northward, below your horizon if you’re in the Southern Hemisphere. Thus, you have a narrower window for watching this particular, far-northern shower. Still, you might see some meteors!

The higher Vega appears in your sky, the more meteors you’re likely to see. 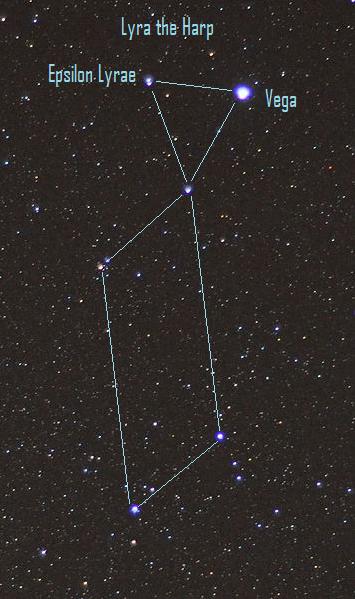 Vega is the brightest star in the constellation Lyra the Harp. Its constellation looks like a triangle set on top of a parallelogram. Image via Scott Roy Atwood/ Wikimedia Commons.

Why do the meteors radiate from a single part of the sky? The radiant point of a meteor shower marks the direction in space – as viewed from Earth – where Earth’s orbit intersects the orbit of a comet. In the case of the Lyrids, the comet is Comet C/1861 G1 (Thatcher), recorded from Earth only once, in 1861. The orbit of this comet – the parent comet of the Lyrid meteors – is 415 earthly years. So we don’t see the comet often, but, like all comets, Comet Thatcher is a fragile icy body that litters its orbit with debris. When we encounter the comet’s orbit – once each year – the comet’s debris rains down through our atmosphere, creating the streaks in our sky we see as the Lyrid meteors.

The Lyrids typically produce 10 to 20 meteors per hour at their peak in a dark sky. That doesn’t sound like many, but – in an hour spent under a still, dark sky – a dozen or so meteors are a treat. Plus, the April Lyrids can surprise you. They’re known to have outburts of several times the usual number – perhaps up to 60 an hour or so – on rare occasions. Meteor outbursts aren’t always predictable. So – like a fisherman – you’ll want your lawn chair, a thermos of something to drink, whatever other gear you feel you need – and then you need to wait.

Not a bad gig. 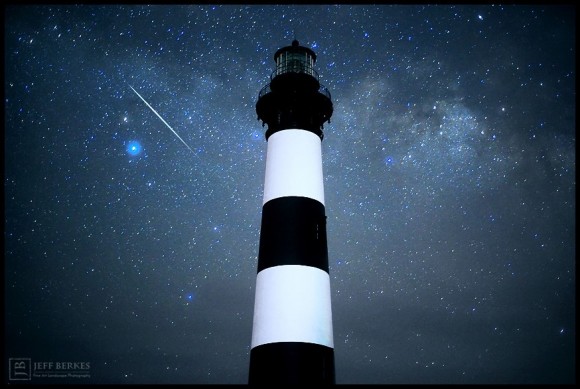 Bottom line: The radiant point for the Lyrid meteor shower is easy to spot, near the bright star Vega. How to find it in your sky.