How the moon reveals the sun’s mass

How do astronomers determine masses for distant space objects? Here’s one example – using the moon’s orbit as a baseline to find the mass of our sun – from EarthSky’s Bruce McClure. 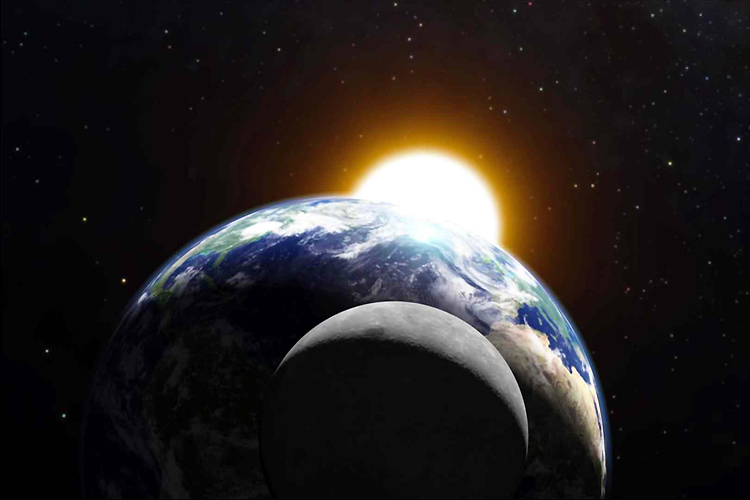 It’s hard to imagine what our understanding of the solar system would be like without Earth’s companion moon. After all, the moon’s orbit provides a baseline and a yardstick of sorts that otherwise wouldn’t be readily available for solving cosmic riddles.

For instance, the moon enables astronomers to figure out the mass of our sun.

The moon’s orbit enables astronomers to compute the mass of the sun. Image via PhysicalGeography.net.

Here’s how you can use our moon – plus any one of the solar system planets of your choosing (including Earth) – to determine the mass of the sun in Earth-masses. Let’s pick the planet Mercury in our example, although any other solar system planet would do the trick as well.

For the task at hand, we need to know the moon’s semi-major axis – mean distance from Earth – and the moon’s orbital period around Earth. Plus, we need to know Mercury’s semi-major axis – its mean distance from the sun – and Mercury’s orbital period around the sun. This information is available in various places, for example this planetary fact sheet from NASA.

Next, we convert our chosen planet’s semi-major axis and its orbital period into lunar figures: 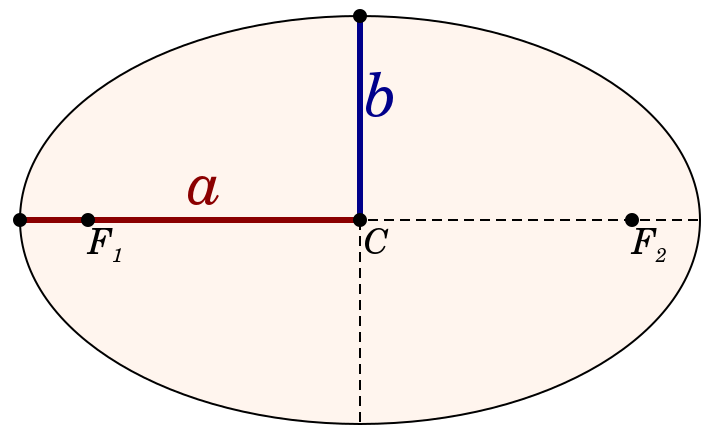 Planets go around the sun in elongated ellipses, not perfect circles, with the sun residing at one of the two foci of the ellipse. The semi-major axis (a) is the longest radius of an ellipse. However, the orbits of the planets around the sun, and the moon around Earth, are nowhere as elongated as the ellipse in the illustration. Planetary orbits appear almost circular.

You can always double-check your answer by computing the sun’s mass with the moon and another planet. Simply go to the planetary fact sheet to obtain that planet’s semi-major axis and orbital period.

Remember to convert that planet’s semi-major axis (a) and orbital period (p) into lunar figures, and then plug those numbers into the equation: Sun’s mass = a3/p2

Bottom line: How do astronomers figure out the masses of distant stars and planets? Here’s one example – using the moon’s orbit as a baseline to find the mass of our sun – from EarthSky’s Bruce McClure.

How do astronomers know Jupiter’s mass?