In 2021, Easter Sunday will fall on April 4. How the date of Easter is determined, here. 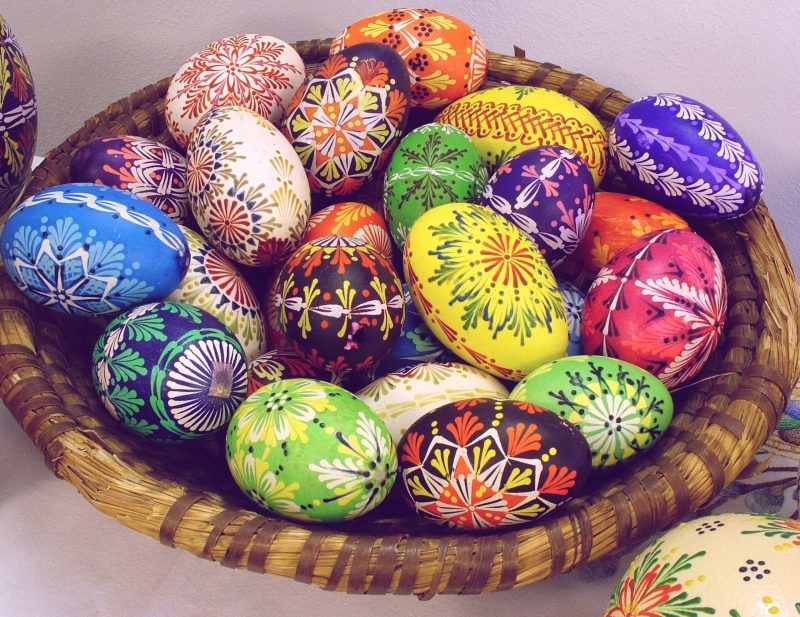 Easter eggs from the Czech Republic. Image via svajcr/ Wikipedia.

Easter generally falls on the first Sunday after the first full moon on or after the vernal equinox. The 2021 equinox was March 20, marking an unofficial beginning of spring for the Northern Hemisphere and autumn for the Southern Hemisphere. The first full moon after the March equinox is this weekend, with the crest of the moon’s full phase falling on March 28, 2021. Voila. In 2021, Easter is the following Sunday, April 4.

The Council of Nicaea – first ecumenical council of the Christian church – established the date of Easter when it met in Turkey in the year 325 A.D. By ecclesiastical rules set centuries ago, there are 35 dates on which Easter can take place. The earliest possible date for Easter is March 22 and the latest possible date is April 25.

Easter can never come as early as March 21, however. That’s because, by ecclesiastical rules, the vernal equinox is fixed on March 21. That’s in spite of the fact that in the 21st century (2001 to 2100) every March equinox after the year 2007 will fall on March 19 or March 20. 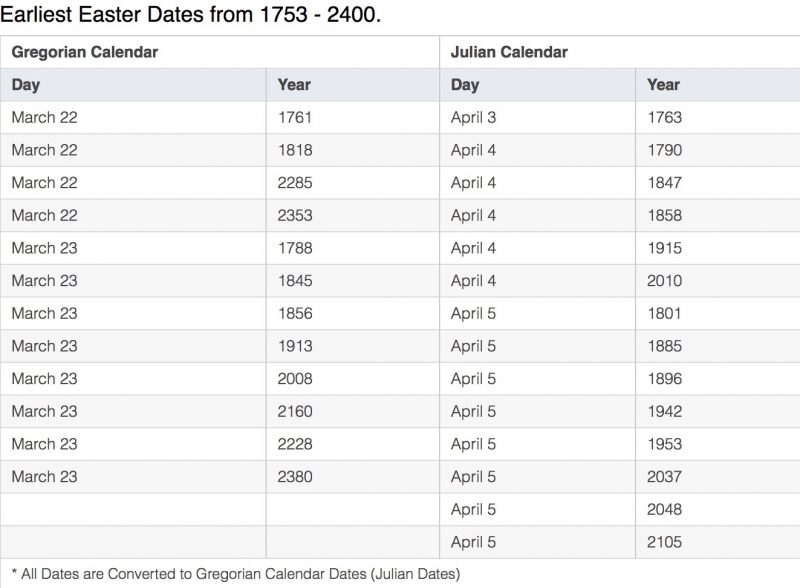 Visit TimeandDate.com for more about the date of Easter.

Bottom line: How the date of Easter is determined, and some dates of earliest and latest Easters. Happy Easter to all who celebrate it!