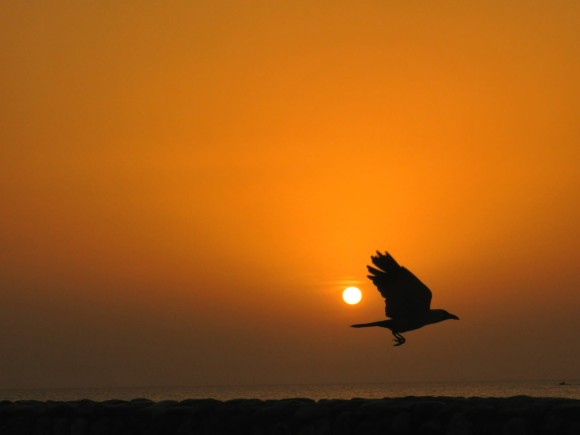 Above photo: June solstice sunset in the nation of Oman, on the Arabian Peninsula, from our friend Priya Kumar. Thank you, Priya!

Here’s a natural phenomenon you might never have imagined. That is, the sun actually takes more time to set around the time of a solstice. 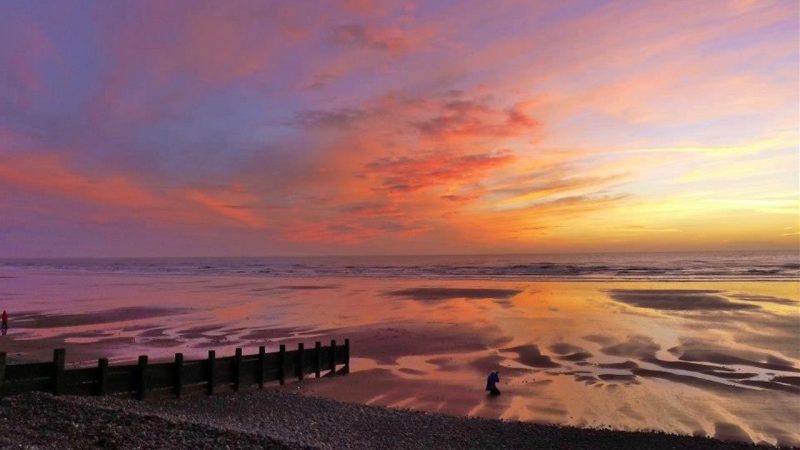 Equinoxes and solstices, via Geosync. The Earth’s axis points straight up and down, with north at the top. The solstices are on the left (December solstice at top, June solstice at bottom) and the equinoxes are to the right (March equinox at top. September equinox at bottom).

Why is the sunset longer around the solstice? As viewed from both the Northern and Southern Hemispheres, the sun rises and sets farthest north at the June solstice and farthest south at the December solstice.

Now consider that the farther the sun sets from due west along the horizon, the shallower the angle of the setting sun. That means a longer duration for sunset at the solstices.

Meanwhile, at an equinox, the sun rises due east and sets due west. That means – on the day of an equinox – the setting sun hits the horizon at its steepest possible angle.

The sunset duration varies by latitude, but let’s just consider one latitude, 40 degrees north, the latitude of Denver or Philadelphia in the United States, Sardinia in the Mediterranean, or Beijing in China. At that latitude, on the day of a solstice, the sun sets in about 3 1/4 minutes.

On the other hand, at 40 degrees north latitude, the equinox sun sets in roughly 2 3/4 minutes.

Regardless of latitude, however, the duration of sunset is always longest at or near the solstices.

As it turns out, the sunset and sunrise are a tad longer on the December solstice than they are on the June solstice. That’s because the sun is closer to Earth in December than it is in June. Therefore, the sun’s disk looms a bit larger in our sky in December, and so it takes slightly longer to set. 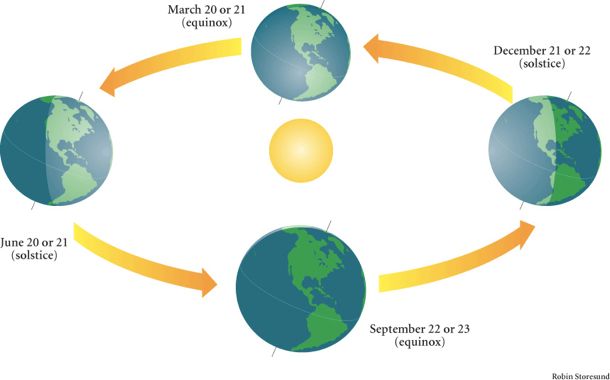 Solstices and equinoxes take place in Earth’s orbit around the sun.

Bottom line: Here’s a natural phenomenon you might never have imagined. That is, the longest sunsets happen around the time of a solstice.