Can you find the Big Dipper?

From 41 degrees N. – and farther north – the Big Dipper is circumpolar, meaning it never sets. But from more southerly latitudes, the Dipper is below your horizon each evening now. Want to see it? Here’s how. 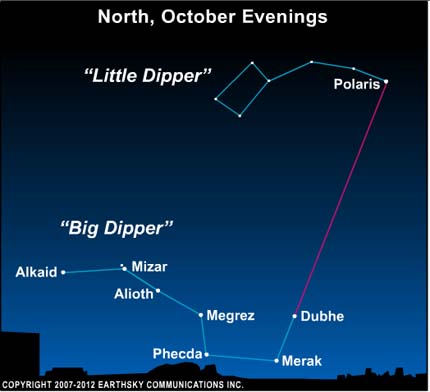 On autumn evenings, the Big Dipper rides low in the north.

Tonight … can you find the Big Dipper at nightfall and early evening? It’s perhaps the most famous of all star patterns, and – for those at latitudes 41 degrees North or farther north – it’s circumpolar, or always above the northern horizon. For the rest of us, though, during the coming months, the Big Dipper sinks below the horizon during the evening hours. The pattern is visible all night from northerly latitudes, albeit low in the sky. It’s tough (or impossible) to spot from the southern half of the United States, during the evening hours. Want to see it? You’ll want to wait until the hours before dawn. At this time of year, before dawn, you’ll easily see the Big Dipper ascending in the northeast. 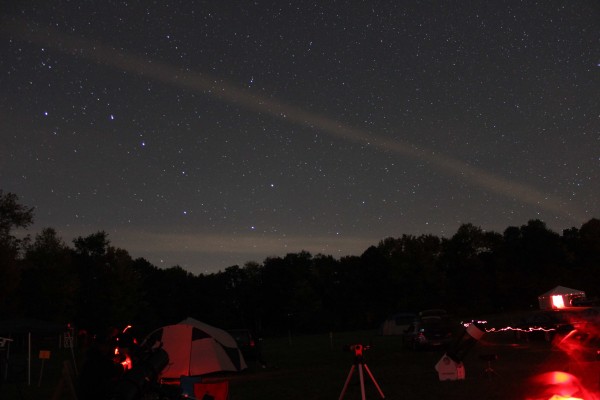 View larger. | Big Dipper on the horizon while getting set up at the Astronomical Society of New Haven‘s Connecticut Star Party, October, 2015. Photo by Kurt Zeppetello.

The distances of the stars in the Dipper reveal something interesting about them: five of these seven stars have a physical relationship in space. That’s not always true of patterns on our sky’s dome. Most star patterns are made up of unrelated stars at vastly different distances.

But Merak, Mizar, Alioth, Megrez and Phecda are part of a single star grouping. They probably were born together from a single cloud of gas and dust, and they’re still moving together as a family.

The other two stars in the Dipper – Dubhe and Alkaid – are unrelated to each other and to the other five. They are moving in an entirely different direction. Thus millions of years from now the Big Dipper will have lost its familiar dipper-like shape. 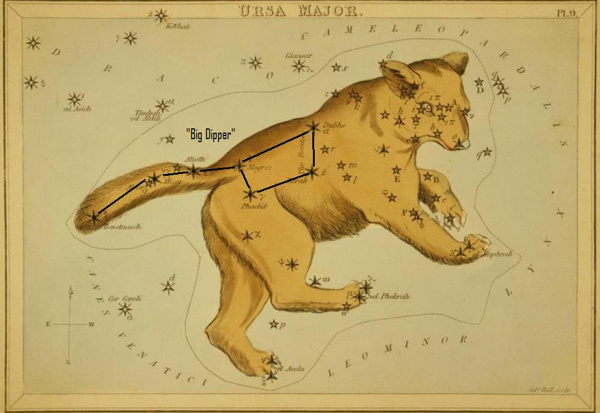 Here are the star distances to the Dipper’s stars: 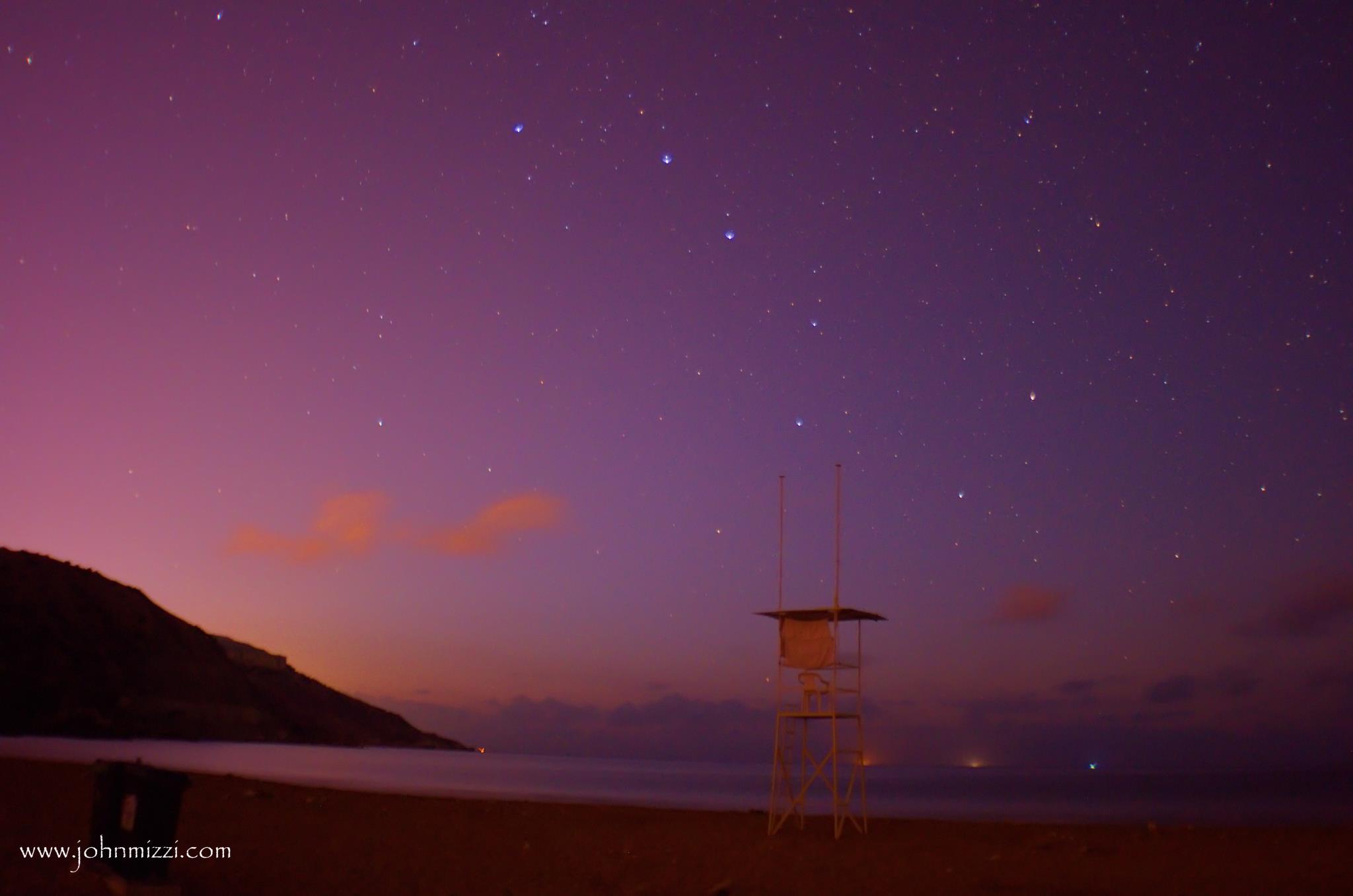 View larger. | This beautiful photo is from EarthSky Facebook friend John Michael Mizzi on the island of Gozo, south of Italy.

Bottom line: Sure, it’s easy to recognize, but sometimes the Big Dipper is low in the northern sky. That’s the case now, in the evening. How to spot it.