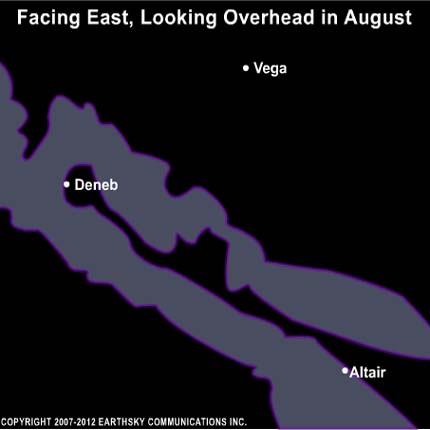 Tonight – August 2, 2016 – is a great time to look for the starry band of the Milky Way, the edgewise view into our own galaxy. That’s because the moon reaches its new phase on August 2. That means that, over the coming week, the waxing crescent moon will set soon after sunset and be mostly absent from the evening sky. And a moonless sky – in a rural location – provides the best views of the Milky Way at this time of year, when we are looking toward the galaxy’s center in the evening.

No matter where you are on Earth, you can look edgewise into the Milky Way this month – assuming you have a dark sky. When you look at it with the eye alone, you’ll see a hazy band across the sky.

But you’ll see the truth if you’ll peer at the Milky Way with an ordinary pair of binoculars. Binoculars cause the “haze” to appear as myriad, distant stars. 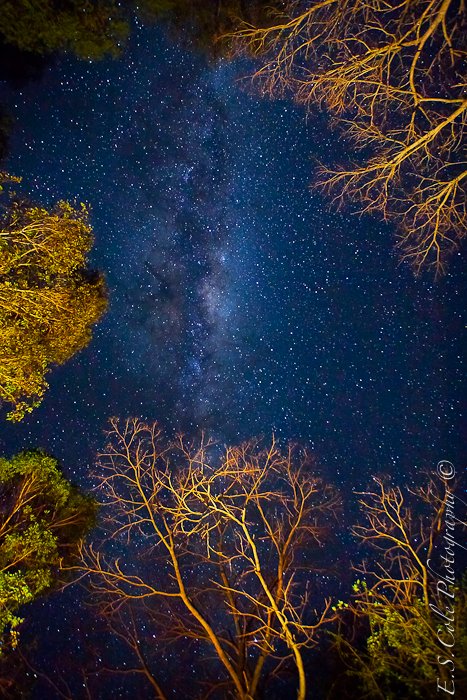 When you look edgewise into the disk of our own Milky Way galaxy, you see it as a hazy band of stars across a dark night sky. Dark clouds of gas and dust can be seen blotting some of the light of these stars. These dark clouds are places where new stars are being born. This image of the Milky Way is from EarthSky Facebook friend Erin Cole in Australia. Thanks, Erin!

The chart at the top of this post shows a Northern Hemisphere view of the Milky Way.

The chart shows the view if you are standing facing east on an August evening – but craning your neck to look overhead. I’ve marked some bright stars on this chart that you’ll find along the path of the Milky Way if you’re looking overhead. Vega in the constellation Lyra the Harp, Deneb in the constellation Cygnus the Swan and Altair in the constellation Aquila the Eagle make up a large star pattern, or “asterism,” known as the Summer Triangle. This entire region is a marvelous place to scan with binoculars.

In fact, people on the southern half of Earth’s globe have an even more magnificent view of the Milky Way than we do in the Northern Hemisphere. From the northern part of Earth, the center of the galaxy – the richest part, where most of the galaxy’s stars reside – lies toward our southern sky on August evenings. The galactic center is fairly close to our southern horizon. If you were in the Southern Hemisphere, meanwhile, you’d see the star-packed core of the Milky Way closer to overhead. You’d see more of it, and you’d see it without any interfering haze or clouds on the horizon. 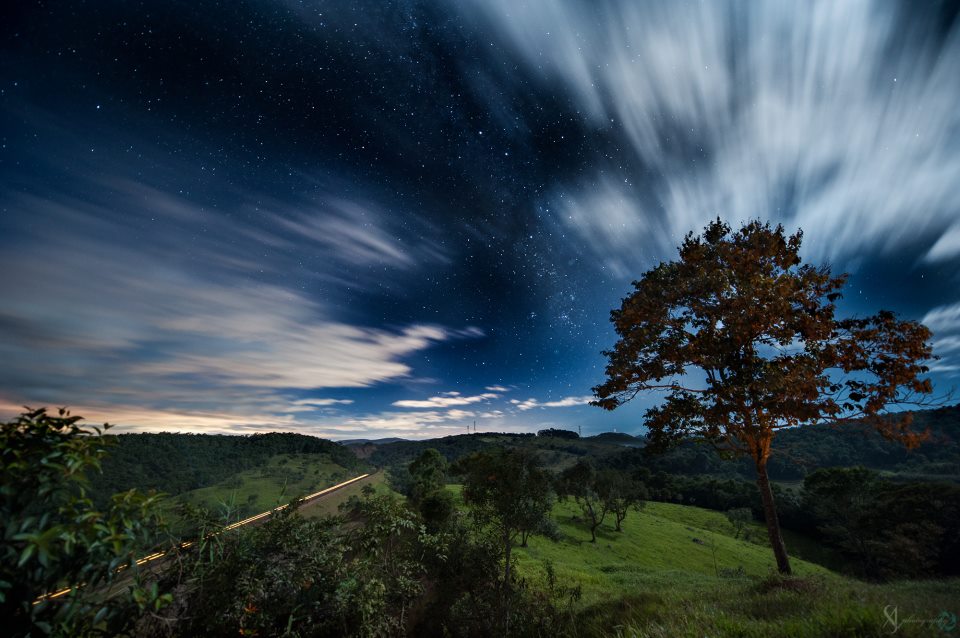 Bottom line: New moon comes on August 2, 2016. The following few evenings are a wonderful time to go out in the country for an edgewise view into our own galaxy, the Milky Way. In a dark sky, the Milky Way looks like a hazy pathway across the sky. Binoculars reveal the haze as countless stars!