Moon near First Point in Aries 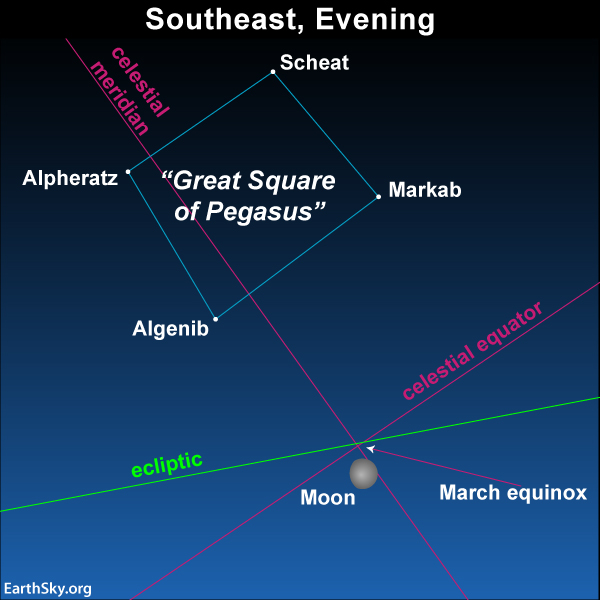 The celestial equator is line drawn around Earth’s sky, directly above Earth’s equator.

The ecliptic is a projection of Earth’s orbital plane onto the sky. If you followed the path of the sun throughout one year, that path would trace the line of the ecliptic on our sky’s dome.

And, again, the First Point in Aries is where the ecliptic and sky’s celestial equator intersect. It marks that special point on the stellar sphere where the sun crosses the celestial equator at the March equinox, going from south to north. If you were to imagine breaking up the sky into a grid surrounding Earth – marking lines of celestial latitude and longitude – the First Point in Aries would mark the zero point of longitude in our sky.

There’s no grid in the sky, anymore than there is on Earth, but these imaginary lines are of use to astronomers, just as earthly latitude and longitude are useful.

Read more: What are celestial coordinates?

In the sky, as on Earth, everything is always moving and shifting. And the First Point in Aries is moving, too. The motion of precession has carried the First Point in Aries out of the constellation Aries. Because of precession, if you could see the stars during the day, you’d see the March equinox sun in front of the constellation Pisces the Fishes, to the south of the Square of Pegasus. (See sky chart below.) 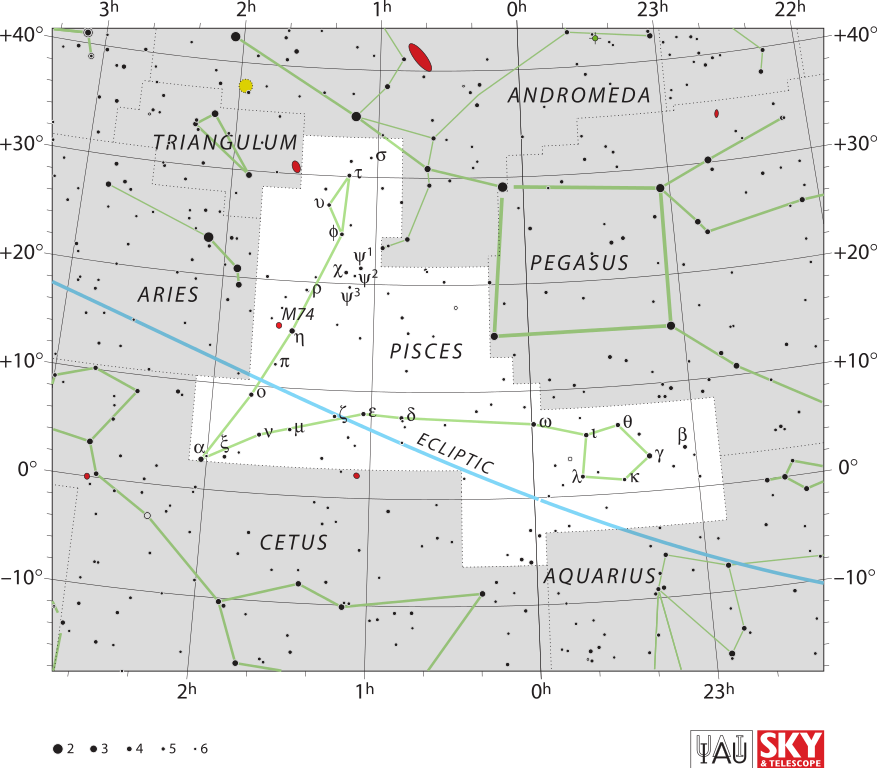 Use tonight’s moon to help you envision the First Point in Aries. Then – once the moon has moved from this part of the sky – rely the Square of Pegasus to find the point again.

In ancient times, the March equinox sun shone in front of the rather small constellation Aries the Ram. That’s why, in newspaper astrology columns and elsewhere, you often see Aries at the top of the zodiac – the band of stars that provides a backdrop for the sun in the course of every year, and the moon in the course of every month.

Aries often comes first in lists of zodiacal constellations because it marked the sun’s location at the time of the Northern Hemisphere’s spring equinox between 1866 B.C. and 68 B.C. Its relationship to the coming of spring gave this point vast significance to early astrologers. That relationship was so significant, in fact, that the point retains the name First Point in Aries – even though the actual location of the sun at the time of the Northern Hemisphere’s spring or vernal equinox has shifted into the constellation Pisces, due to precession.

The first point in Aries – or the position of the March equinox point relative to the backdrop stars – slowly but surely drifts westward through the constellations of the zodiac, going full circle in about 26,000 years. 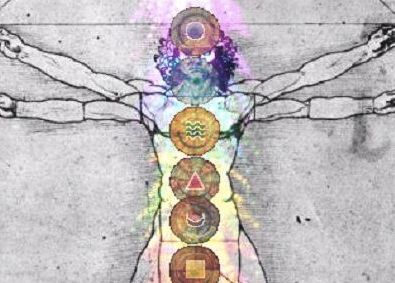 When does the Age of Aquarius begin? Click here. Image of Leonardo da Vinci’s famous Vitruvian Man via Wikimedia Commons

So, naturally, the point is still moving. According to astronomers, we won’t enter the constellation Aquarius – and thus enter the age of Aquarius – for centuries to come.

It’s good to recall here that constellation boundaries were not always hard and fast. The current boundaries for the constellations were decided upon as recently as the 1930s by members of the International Astronomical Union.

When does the Age of Aquarius begin?

Bottom line: This post contains an explanation of the First Point in Aries and also speaks of the Age of Aquarius.