Today’s sky chart shows you how to star-hop to the Andromeda galaxy – the large spiral galaxy next-door to our Milky Way – from the Great Square of Pegasus.

Tonight, find the large spiral galaxy next door. As shown on the chart at the top of this post, the Great Square of Pegasus serves as a great jumping off point for finding the Andromeda galaxy, otherwise known as M31. It sparkles over your eastern horizon at nightfall and travels westward across the sky throughout the night. For some idea of the Great Square’s size, extend your hand an arm’s length from your eye. You’ll see that any two Great Square stars are farther apart than the width of your hand.

As seen from mid-northern latitudes, the Square of Pegasus looks like a baseball diamond whenever it resides in the eastern sky. Imagine the farthest star to the left – Alpheratz – as the third-base star. An imaginary line drawn from the first-base star through Alpheratz points in the general direction of the Andromeda galaxy.

The Andromeda galaxy and two satellite galaxies as seen through a powerful telescope. To the eye, the galaxy looks like a fuzzy patch. It’s an island of stars in space, much like our Milky Way. Image Credit: NOAO

If it’s dark enough, you’ll see two streamers of stars flying to the north (or left) of the star Alpheratz. To some people, this grouping of stars looks like a bugle or a cornucopia. Along the bottom streamer, star-hop from Alpheratz to the star Mirach. Draw an imaginary line from Mirach through the upper streamer star (Mu Andromedae), and go twice the distance. You’ve just located the Andromeda galaxy!

If you can’t see this fuzzy patch of light with the unaided eye, maybe your sky isn’t dark enough. Try binoculars! Or try going to darker sky. 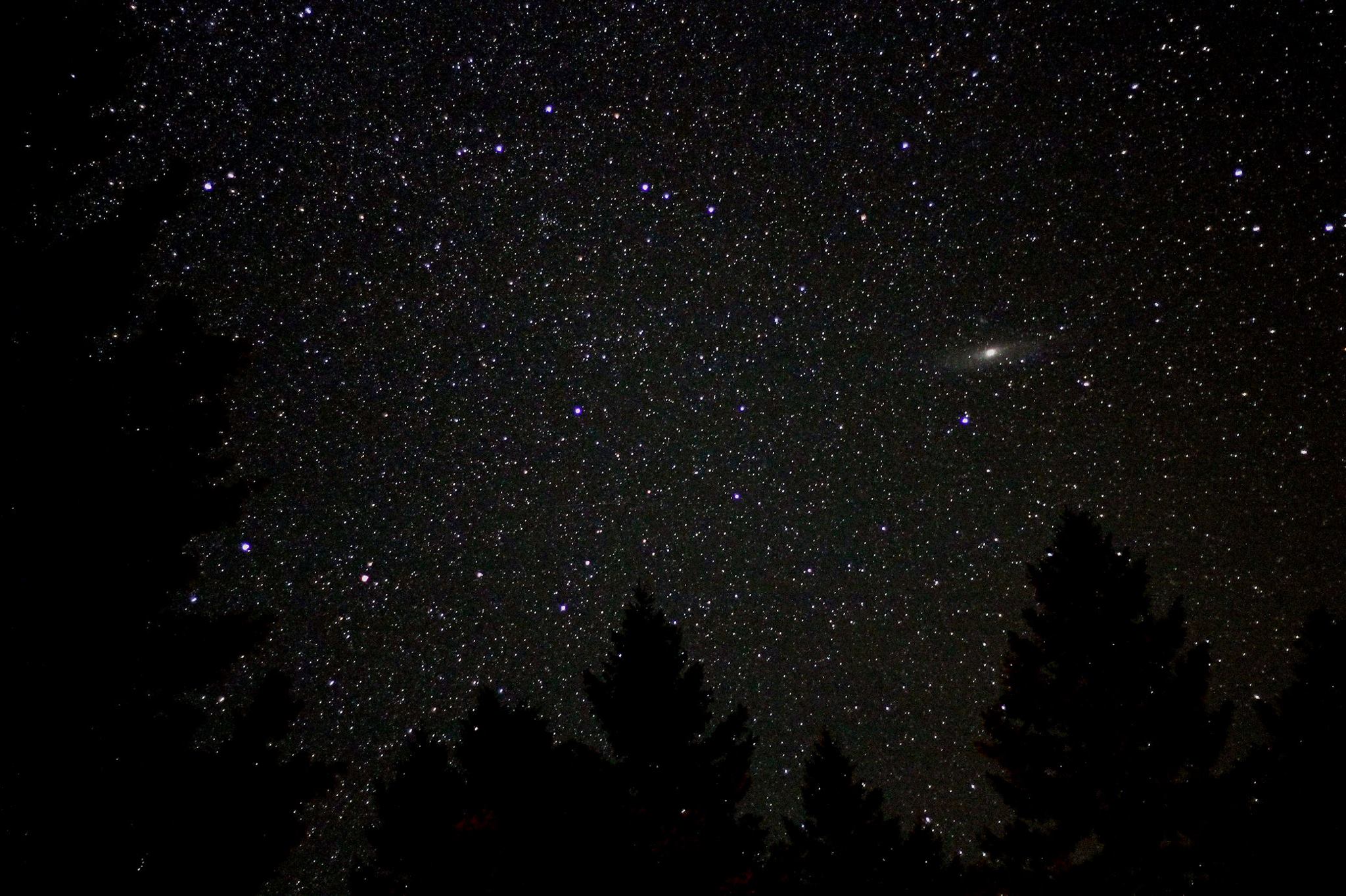 View larger. | The Andromeda galaxy (right side of photo) as seen by EarthSky Facebook friend Ted Van at a Montana campsite in mid-August 2012. Thank you, Ted!

Bottom line: If you can find the Great Square of Pegasus, then you can star-hop to the Andromeda galaxy.