The full moon instant occurs on February 9, 2020, at 7:33 UTC. The moon will appear full to the eye on both February 8 and 9. It’ll be near the star Regulus in Leo. We in North America call the February full moon the Snow Moon or Hunger Moon.

From around the world these two nights – February 8 and 9, 2020 – the moon will appear full to the eye as it lights up the eastern sky after sunset. In North America, we call the February full moon the Snow Moon or Hunger Moon. As dusk turns into darkness on February 8, watch for Regulus, the brightest star in the constellation Leo the Lion, to follow the moon into the eastern sky around nightfall or early evening. Then, on February 9, note that the moon in its orbit has moved closer to the star Regulus on the sky’s dome.

Want to know which constellation lies behind the moon? Visit Heavens-Above to find out. 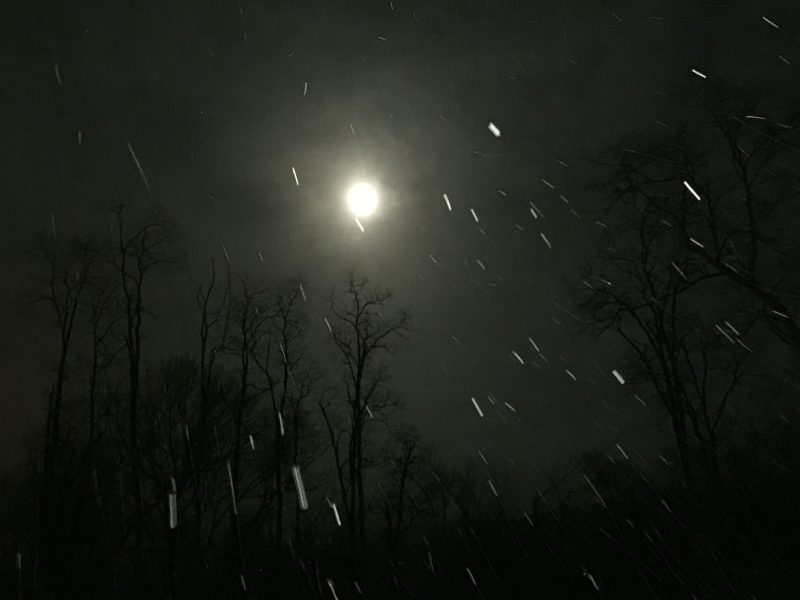 View at EarthSky Community Photos. | Sudhir Sharma in Stormville, New York caught the moon on February 8, 2020 and wrote, “It is almost full moon (Snow Moon), but it was lightly snowing in our area with light cloud cover through which the moon was visible! In this photo, the moon is 99.7% illuminated. Full moon will be at 2:33 a.m. – after midnight tonight on February 9 – about 7 hours from the time this photo was taken.” Thank you, Sudhir! 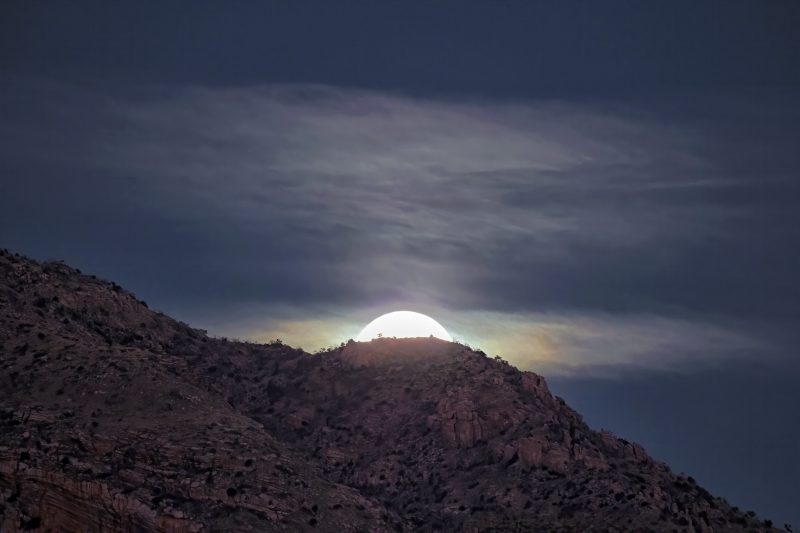 Bottom line: At the vicinity of full moon, the moon rises around sunset, climbs highest in the sky around midnight, and sets around sunset. This February 2020 full moon – on February 8-9 – is near the star Regulus in the constellation Leo. For us in the Northern Hemisphere, the path of this Snow Moon across our sky is a welcome reminder of the longer summer days to come.

Read more: Why does a full moon look full?