Moon goes by Jupiter on Halloween

On October 30 and 31, 2019, watch for 2 brilliant luminaries – the crescent moon and dazzling planet Jupiter – to pop out near one another as dusk gives way to nightfall.

On October 30 and 31, 2019, watch for two brilliant luminaries – the crescent moon and the dazzling planet Jupiter – to pop out near one another as dusk deepens into nightfall. Given clear skies, you’ll have no trouble seeing either world, because they are so bright! The moon is the 2nd-brightest sky object (after the sun). Jupiter is 4th-brightest (after Venus).

By early November, a larger crescent moon will have left the king planet Jupiter behind to join up with the ringed planet Saturn, the sixth planet from the sun and second-largest planet in our solar system.

Click here to find a sky almanac providing you with the setting times for the sun, moon and planets in your sky. 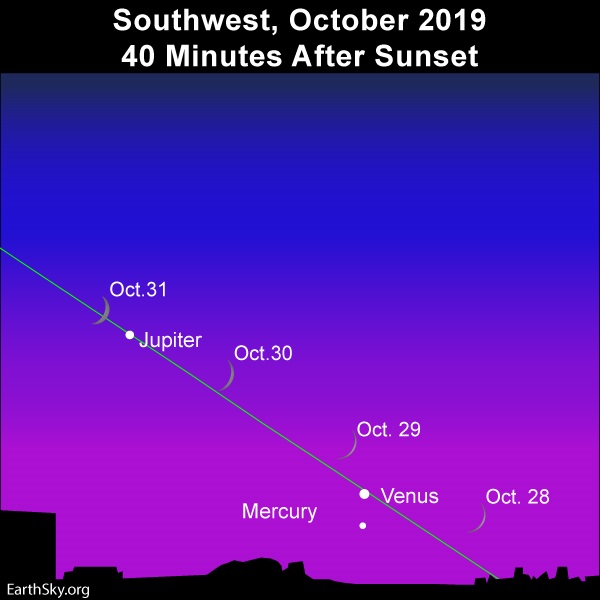 Did you catch the young moon earlier this week? On October 28 and 29, it was near the planets Venus and Mercury on the sky’s dome. If you’re outside soon enough after sunset, you’ll notice Venus for being surprisingly bright and low in the evening twilight. Venus quickly follows the sun beneath the horizon – before nightfall for northern temperate latitudes – shortly after nightfall for southern temperate latitudes. See the photo below. 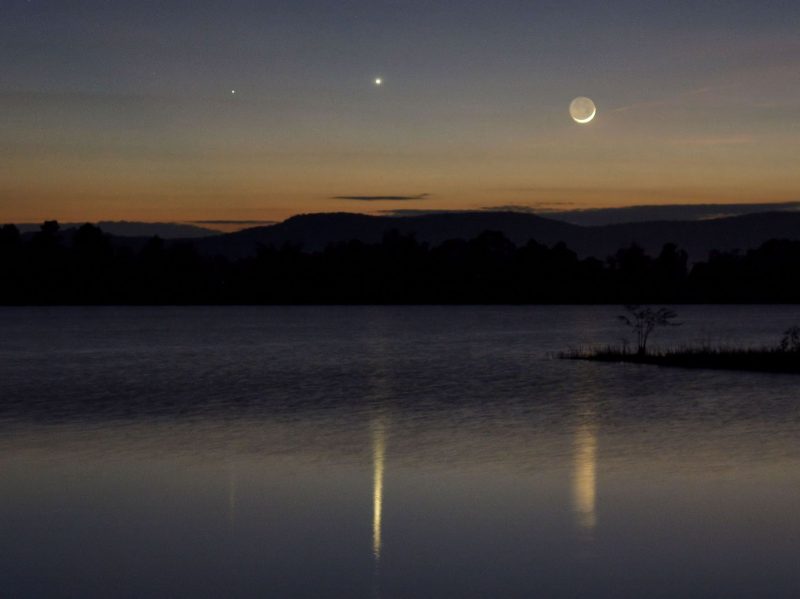 The moon, planets and stars will all move westward as evening deepens into late night.

All these celestial objects move westward across the sky for the same reason that the sun moves westward during the day. This apparent motion in our sky is really a reflection of Earth’s spin on its axis from west to east. Earth’s spin makes it appear as if the sun, stars, moon and planets all travel westward around the Earth each day. 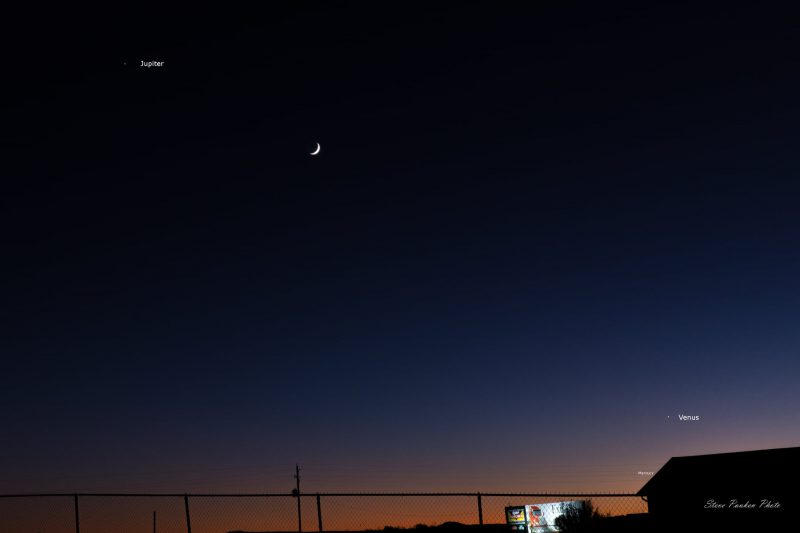 All the while, however, the moon is moving eastward relative to the stars and planets of the zodiac. The moon travels about 1/2 degree (its own angular diameter) eastward per hour or about 13 degrees eastward per day. Day by day, at the same time, note the moon’s change of position relative to the backdrop stars and planets. The moon’s change of position is due to the moon’s orbital motion. 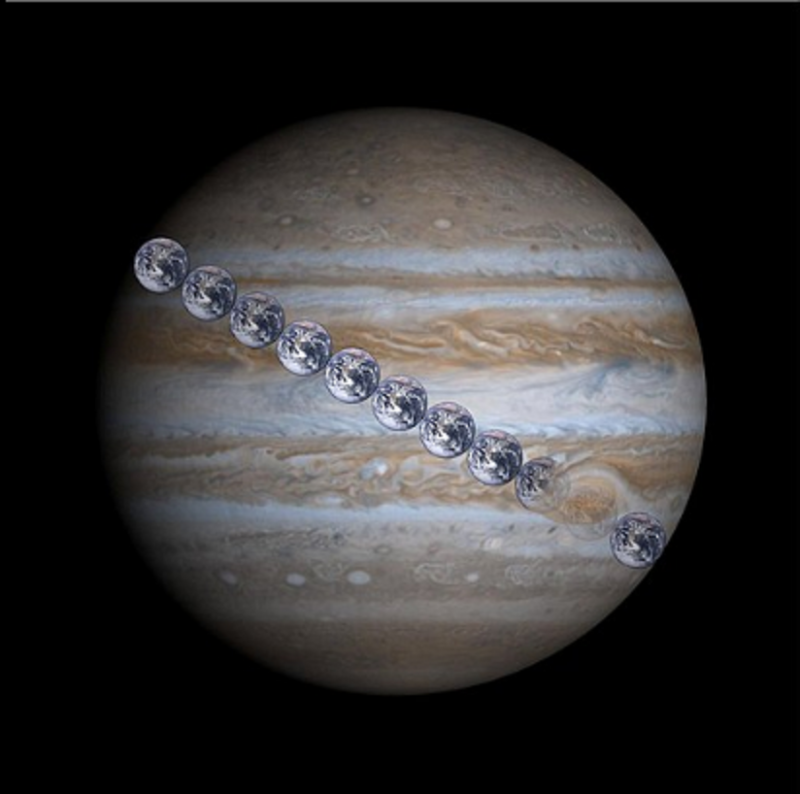 The gas giant Jupiter has the volume of 1,321 Earth’s! Also, you’d need 11 Earths lined up side by side to equal the diameter of the king planet. Image via Wikimedia Commons.

Bottom line: On October 30 and 31, 2019, as darkness falls, look for the brilliant “star” by the moon. That’ll be Jupiter, 5th planet from the sun and our solar system’s largest planet. By November 1 and 2, the moon will be closer to Saturn.