Middle of an eclipse season on July 28

An eclipse season lasts a little over one lunar month and typically includes 1 solar and 1 lunar eclipse. In 1 out of 7 eclipse seasons, the 1st eclipse comes early. Then we can have 3 eclipses. Watch for a 3rd eclipse in this eclipse season, in August!

Image at top was the Astronomy Picture of the Day for April 20, 2015 – a total solar eclipse over Norway – by Thanakrit Santikunaporn.

On July 28, 2018, we’re smack dab in the middle of an eclipse season. That’s one of two periods during every year when eclipses can and do occur, because the moon crosses the ecliptic (Earth’s orbital plane) around the time of new and full moon.

Eclipses are all about alignments. It’s either the sun, Earth and full moon aligned (Earth in the middle) causing a lunar eclipse. Or it’s the sun, new moon and Earth aligned (moon in the middle), causing a solar eclipse. Eclipse seasons recur in periods of about 173 days (somewhat less than six calendar months), enabling these three bodies to align closely enough in space for two to three eclipses to occur. We had a partial solar eclipse on July 13, 2018, followed by a total lunar eclipse on July 27, 2018. A second partial solar eclipse will take place on August 11, 2018.

That’ll be a total of 3 eclipses for this lunar month and eclipse season.

An eclipse season lasts somewhere around 34 to 38 days, and any full moon or new moon occurring within this period will undergo an eclipse. Then we have another eclipse season some six months later. Thus two full eclipse seasons always occur each year, and we have at least four eclipses (two solar and two lunar) each calendar year. In rare instances, however, it’s possible to have as many as seven eclipses in one year.

Read more: How many eclipses in 1 calendar year?

The middle of the current eclipse season comes on July 28, 2018 at 23 hours Coordinated Universal Time (UTC). 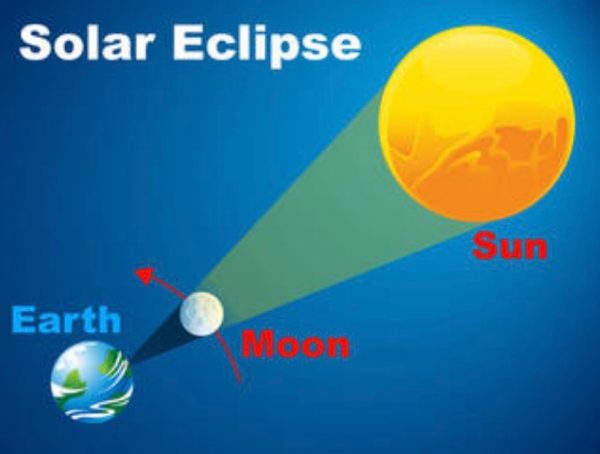 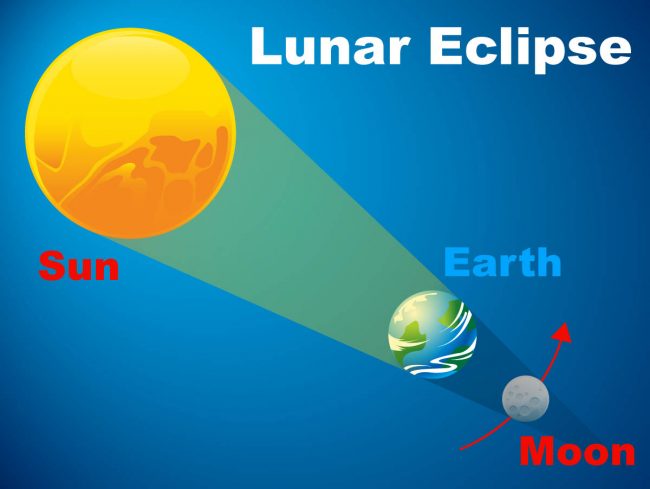 Because a lunar month (time between successive new moons or successive full moons) is approximately 29.5 days long, it’s inevitable that at least one solar and one lunar eclipse should fall within the confines of any eclipse season.

In about 1 out of 7 eclipse seasons, the first eclipse of the eclipse season comes early enough to allow for a total of 3 eclipses in one lunar month. That’s exactly what happens during the present eclipse season.

Because the full moon on July 27, 2018, happened near the midpoint of the eclipse season, it staged a total lunar eclipse. Moreover, this full moon closely coincided with apogee – the moon’s farthest point from Earth in its orbit. All added up, that meant a particularly long-lasting total lunar eclipse.

Worldwide map of the 2018 July 27 total lunar eclipse via EclipseWise. The full moon passed through the central part of the Earth’s shadow on July 27, 2018, because this full moon happened near the middle of the eclipse season.

The middle of the eclipse season occurs at the instant that the moon’s line of nodes points directly at the sun. For the current eclipse season, that happens on July 28, 2018, at 23 hours UTC. 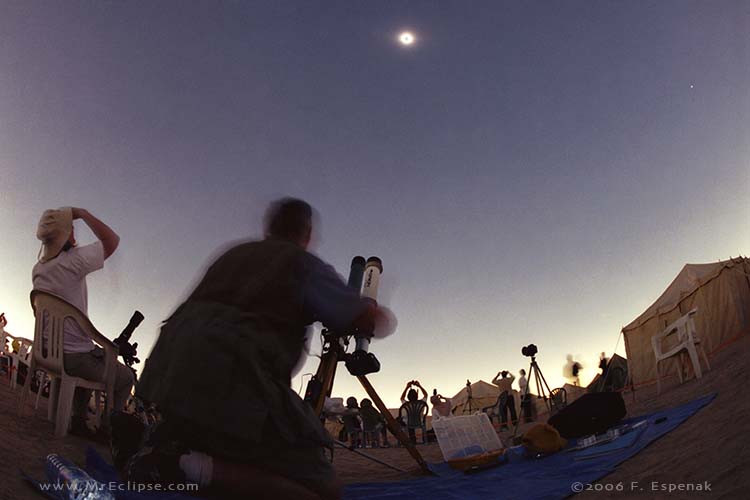 Bottom line: An eclipse season lasts a little over one month and typically includes 1 solar and 1 lunar eclipse. In 1 out of 7 eclipse seasons, the 1st eclipse comes early enough so that 3 eclipses are possible. That’s the case with the current eclipse season. Watch for a 3rd eclipse in this eclipse season, on August 11, 2018.