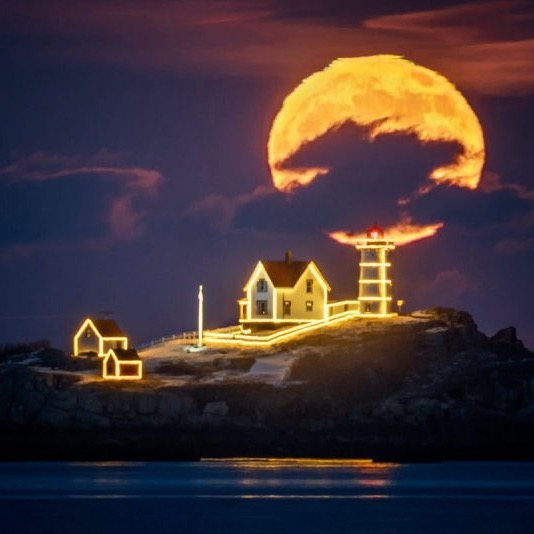 Above: Manish Mamtani captured the full Cold Moon over Maine’s Nubble Lighthouse, which was lit up for the holiday season in 2019. Many called this full moon the last of the decade. View at EarthSky Community Photos.

To many, the last full moon of the decade came last year, on December 12, 2019. But purists will call the December 2020 full moon the last full moon of the decade. It happens on December 29 or 30, depending on your time zone (more full for the Americas on the night of December 29; round and full on December 30, too, for everywhere worldwide). Like every full moon, December’s full moon has its own special characteristics. And like every full moon, it carries a name. At northerly latitudes, we call the December full moon the Cold Moon or Long Night Moon. It shines in the sky from dusk to dawn, like a wonderful nocturnal sun, giving us a much-appreciated reprieve in the season of diminished daylight.

Keep reading to learn more about decades and about December’s full moon. 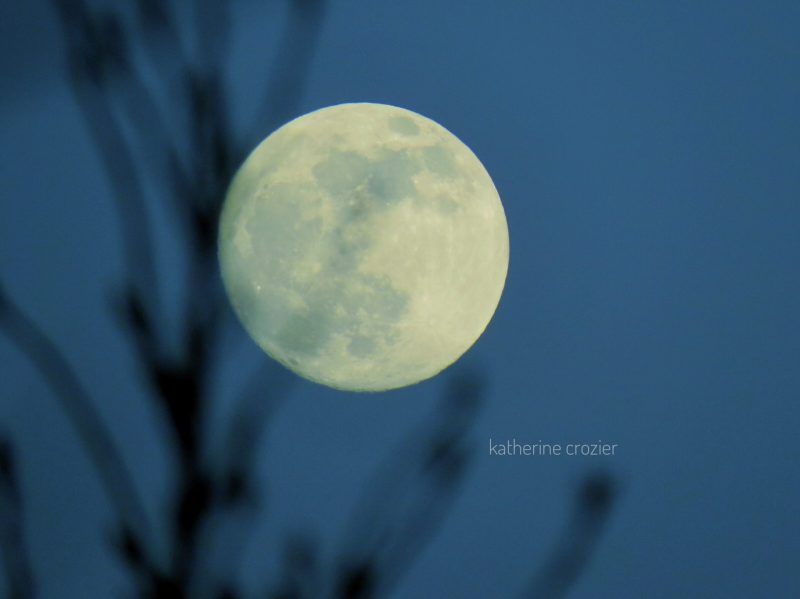 Yes, the full moon assumes the sun’s position for six months hence. This December full moon shines in front of the constellation Gemini the Twins, or where you’ll find the sun six months later. Despite the short days and long nights of December that must be endured at our northerly latitudes, the December full moon reminds us that the long days of June will prevail once again.

Visit Heavens-Above to see the moon’s present position on the zodiac. 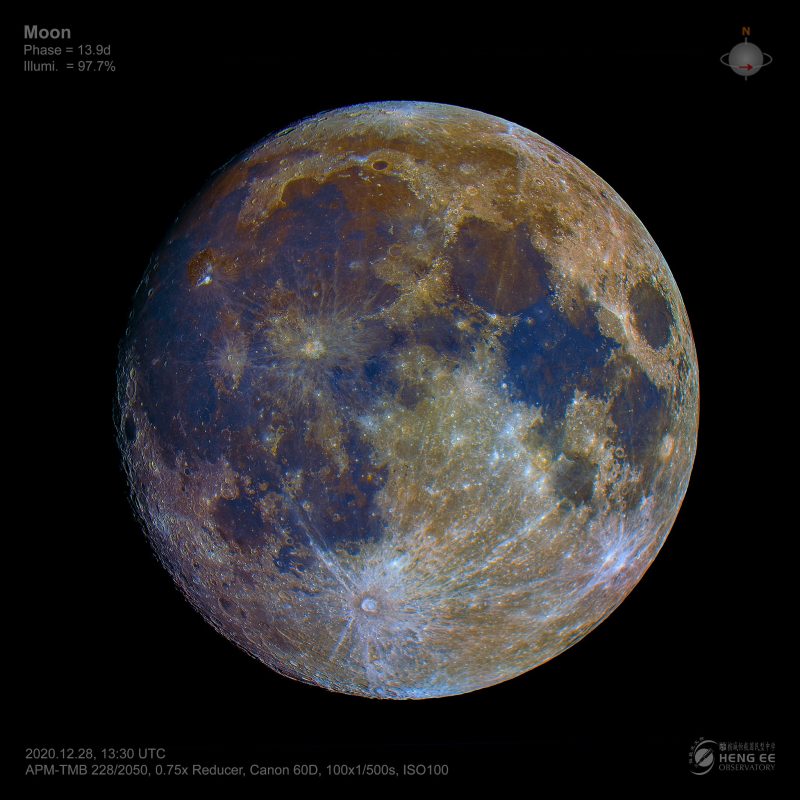 View at EarthSky Community Photos. | Michael Teoh at Heng Ee Observatory, Penang, Malaysia, captured this photo of the moon on December 28, 2020. He wrote: “First attempt at creating the “mineral moon.” The saturation of the image is exaggerated to reveal the otherwise very pale color information. The different colors correspond to different chemical composition of the lunar surface. Blue hue indicates titanium-rich areas while orange and purple colors indicate regions relatively poor in titanium and iron.” Thank you, Michael!

Astronomically speaking, the moon turns full at the instant that it is 180 degrees opposite the sun in ecliptic longitude. In other words, the elongation between the moon and sun equals 180 degrees. Visit Unitarium.com to know the present moon-sun elongation, remembering that a positive number means a waxing moon moon and a negative number a waning moon.