The image at top is zodiacal light before dawn, as captured by Jeff Dai.

For the Northern Hemisphere, these next months are your best time all year to catch the zodiacal light, or “false dawn.” And the next few days are great, because the moon will be in a waning crescent. There might be some great photo opportunities with a waning crescent moon and the zodiacal light, since both will be located in the east before dawn breaks. On September 28, the moon will be new, or between the Earth and sun, and then it’ll be back entirely in the evening sky … gone from the sky before dawn, leaving it dark for your zodiacal light viewing pleasure.

Southern Hemisphere? Watch for the zodiacal light in the west, beginning about an hour after the sun goes down.

This light can be noticeable and easy to see from latitudes relatively close to Earth’s equator, for example, like those in the southern U.S. I’ve seen it many times from the latitude of southern Texas, sometimes while driving a lonely highway far from city lights, in the hour or so before true dawn begins to light the sky. In this case, the zodiacal light can resemble the lights of a city or town just over the horizon.

Meanwhile, skywatchers in the northern U.S. or Canada sometimes say, wistfully, that they’ve never seen it, although in recent years we’ve seen many photographs of the zodiacal light taken from those northerly latitudes. 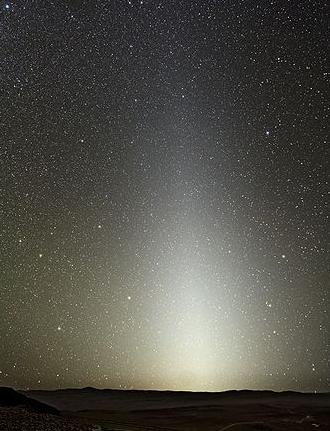 You need a dark sky location to see the zodiacal light, someplace where city lights aren’t obscuring the natural lights in the sky. The zodiacal light is a pyramid-shaped glow in the east before dawn (or after twilight ends in the evening, if you’re in the Southern Hemisphere now). It’s even “milkier” in appearance than the starlit trail of the summer Milky Way.

When you see the zodiacal light, you are looking edgewise into our own solar system. The zodiacal light is actually sunlight reflecting off dust particles that move in the same plane as Earth and the other planets orbiting our sun. 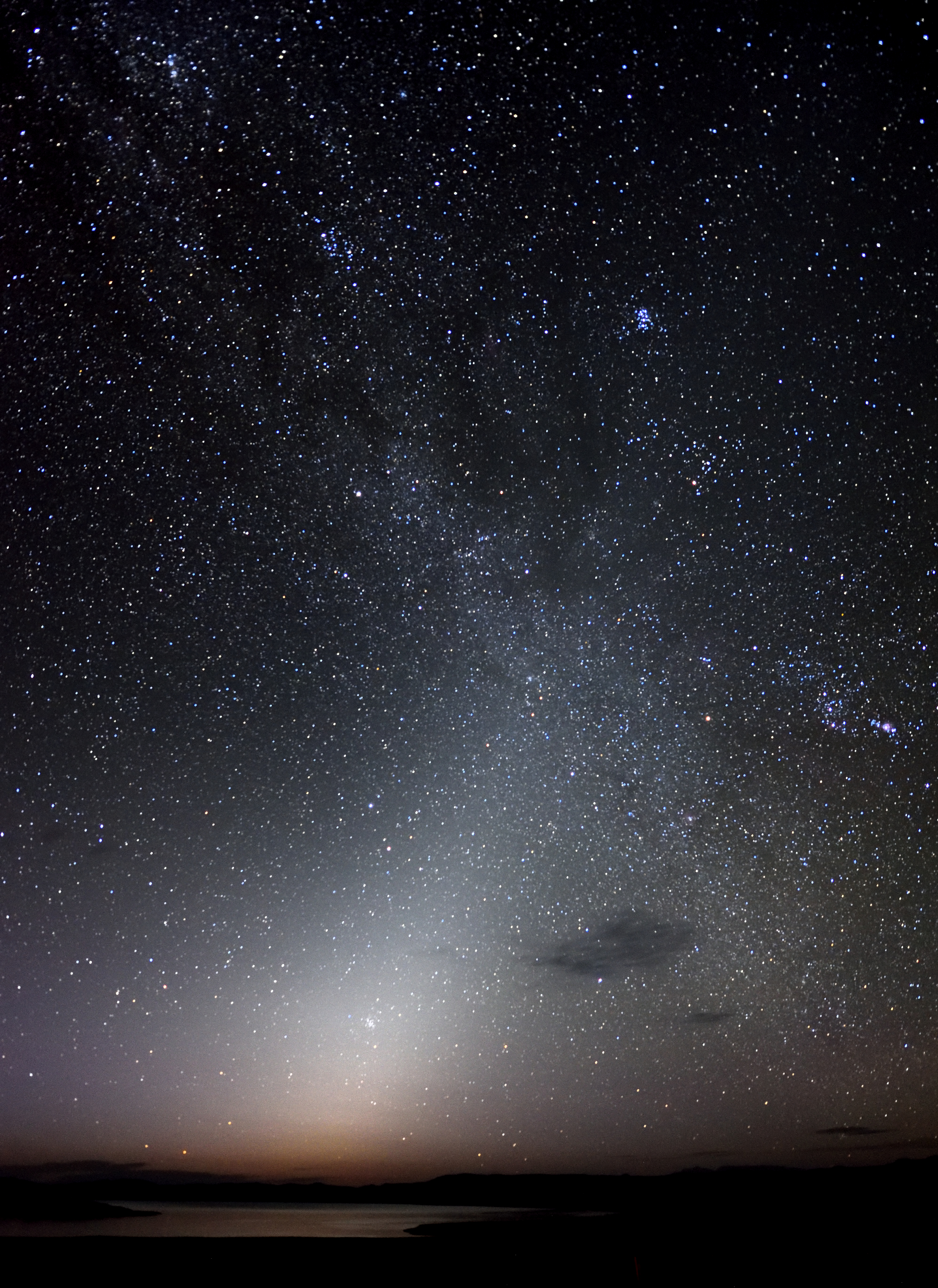 Zodiacal light on the morning of August 31, 2017, with Venus in its midst, captured at Mono Lake in California. Eric Barnett wrote: “I woke from sleeping in the car thinking sunrise was coming. My photographer friend, Paul Rutigliano, said it was the zodiacal light. I jumped up, got my camera into position and captured about a dozen or so shots.”

Everything you need to know: zodiacal light or false dawn