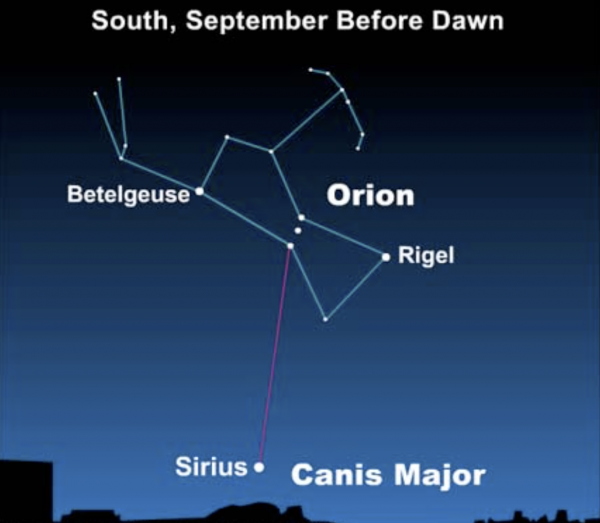 It’s one of the neatest tricks in all the heavens: Orion’s Belt points to Sirius, the sky’s brightest star. This very bright star is up before dawn now, but it’ll be shifting into the evening sky as the months pass. Identify it now, and enjoy it for months to come. Still, if you’re looking for Sirius before dawn in September or October 2020, you’ll find a couple of bright planets – Venus and Mars – also up before dawn, greatly outshining Sirius. How can you be sure the object you’re looking at is Sirius? The constellation Orion is your ticket.

You can easily find Orion. Just go outside before sunup in late September or early October, and look south to southeast. You’ll easily notice Orion’s Belt, which consists of a short, straight row of three medium-bright stars.

To find Sirius, draw a line through Orion’s Belt and extend that line toward the horizon. There, you’ll spot Sirius, the sky’s brightest star.

Sirius is in the constellation Canis Major the Greater Dog. It’s often called the Dog Star. 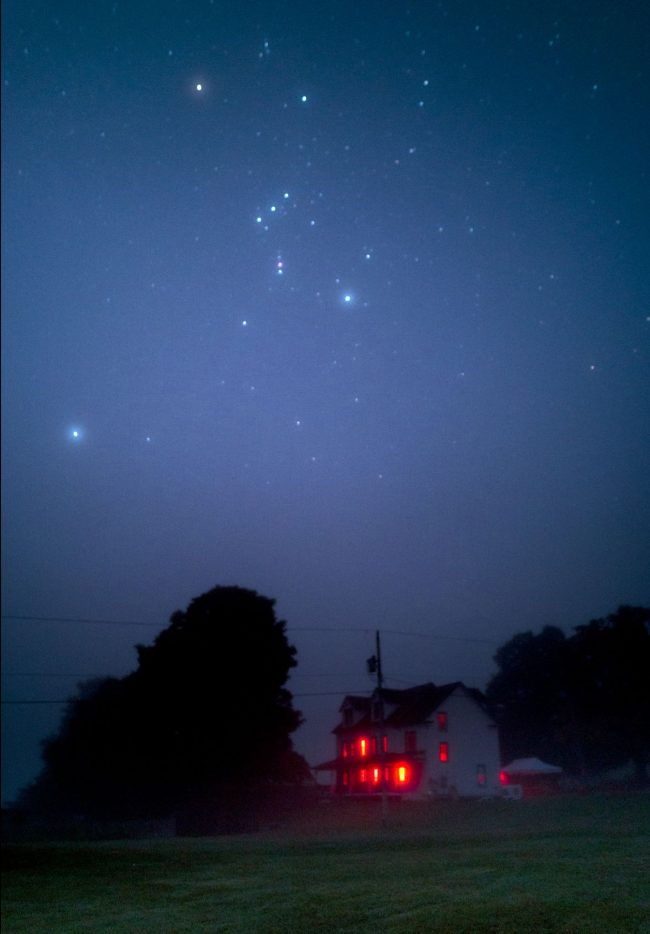 View at EarthSky Community Photos. | Garth Battista caught Orion and bright Sirius – the bright star on the far left of the photo – through a fog on September 26, 2020. He was at Manhattan Country School Farm (which glows red from emergency exit signs, Garth said) in the Catskill Mountains, Roxbury, New York. Thank you, Garth!

Bottom line: In September 2020, you’ll find the constellation Orion, whose three Belt stars make a short, straight row, in the southeast before dawn. Orion’s Belt points to Sirius, the brightest star of the nighttime sky.