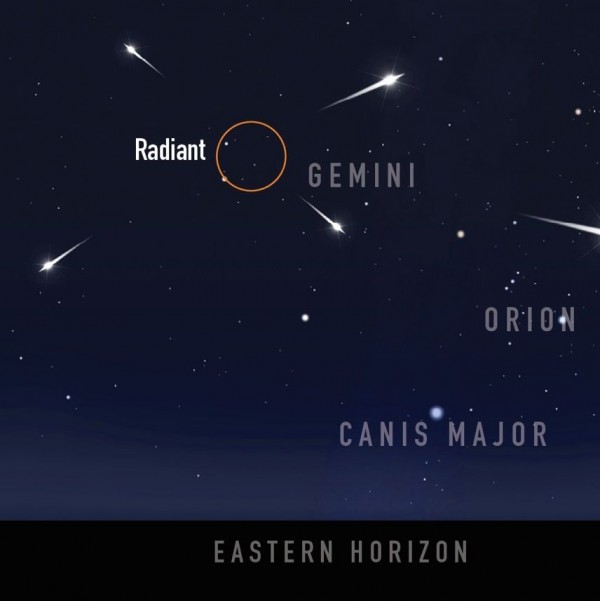 The annual Geminid meteor shower is expected to produce the greatest number of meteors on the night of December 13-14 (Sunday night till dawn Monday). The peak morning is likely to be Monday, December 14, 2020. These colorful meteors tend to be bright. On a dark night, free of moonlight, you can easily spot 50 or more meteors per hour. On an optimum night for the Geminids, it may even be possible to see up 100 meteors per hour.

Also know that – although this is one shower you can successfully watch in the (late) evening – the best viewing is typically around 2 a.m., no matter where you are on Earth. 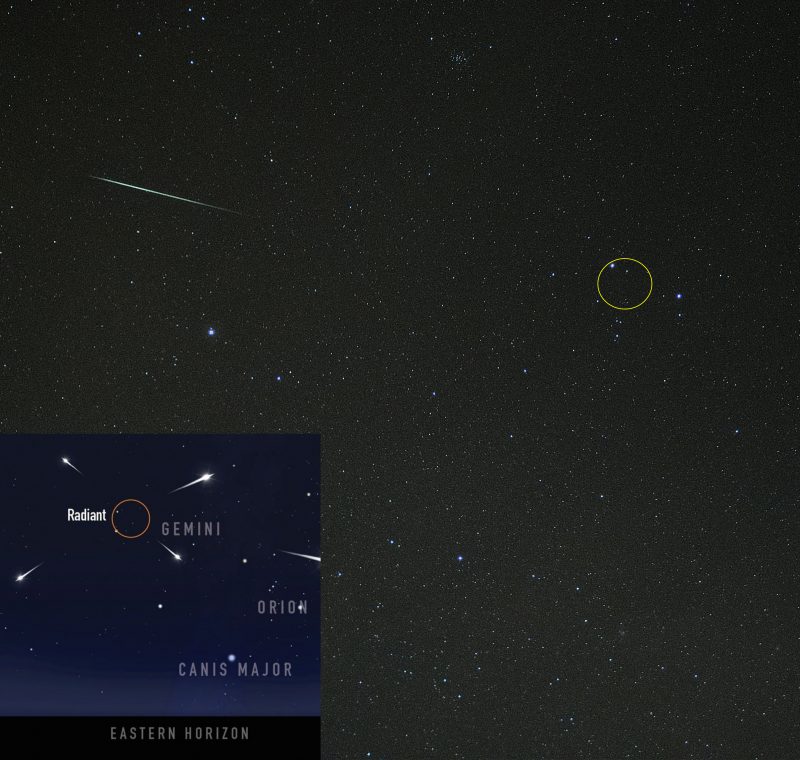 Veteran meteor photographer Eliot Herman in Tucson, Arizona, captured this Geminid meteor flying from the radiant point on December 8, 2018. Note that the inset is our radiant point chart, shown at the top of this post. Thanks, Eliot! 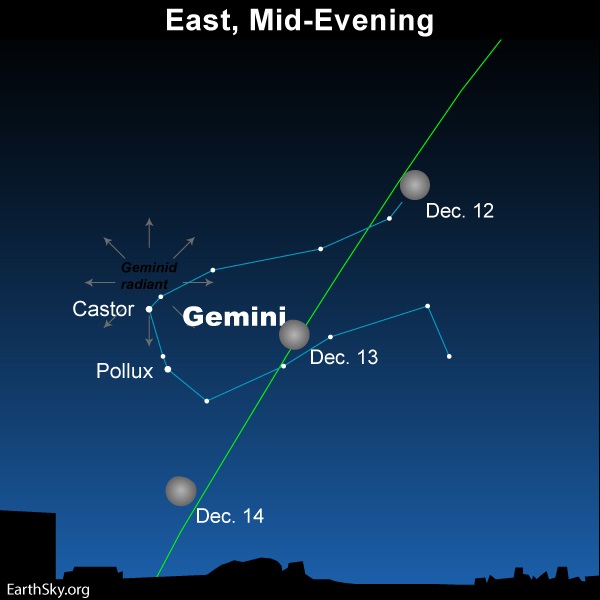 So the best time of night to watch for Geminid meteors is around 2 a.m., when the the shower’s radiant point – near the bright star Castor in the constellation Gemini – is high in the sky.

If you’re not one to stay up late, you can watch for meteors during the evening hours. Although the meteors will be few and far between at early-to-mid evening, you might, if you’re lucky, catch an earthgrazer – a sloow-moving and loong-lasting meteor that travels horizontally across the sky.

How many meteors will you see? The Geminids are a consistent and prolific shower, but the numbers of meteors you see also strongly depends on your sky conditions and on how far you are from city lights. Often, in the hours after midnight and under a dark sky, you can see 50 or more meteors per hour. Rates of 120 per hour have been reported at the peak under optimum sky conditions.

In 2020, the moon-free skies guarantee dark skies this year’s production. How many will you see? Hard to say for sure! Just watch, and let us know.

Remember … meteors in annual showers typically come in spurts and lulls, so give yourself at least an hour of observing time. Simply sprawl out on a reclining lawn chair, look upward and enjoy the show.

Where do the meteors come from? Although meteors are sometimes called “shooting stars,” they have nothing to do with stars. Instead, they are strictly a solar system phenomenon. Around this time every year, our planet Earth crosses the orbital path of a mysterious object called 3200 Phaethon, which might be an asteroid or a burnt-out comet orbiting our sun. 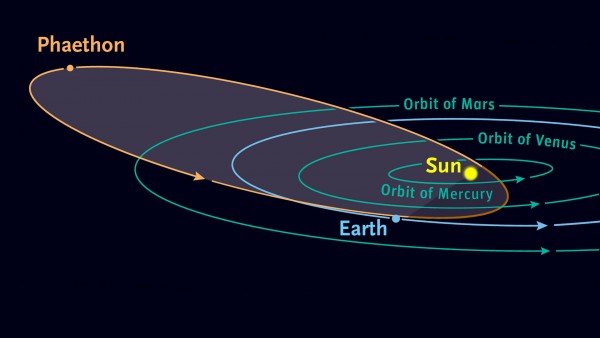 Orbital path of 3200 Phaethon, the parent object of the Geminid meteors, via skyandtelescope.com.

Debris from this object burns up in the Earth’s upper atmosphere to give us the annual Geminid meteor shower. Read more about 3200 Phaethon, the Geminid’s parent object. 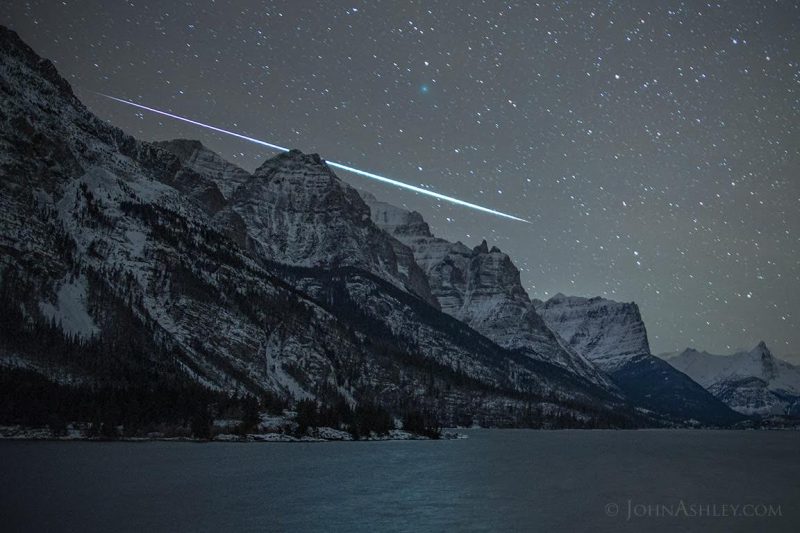 Bottom line: With the moon out of the sky all night long, this year’s Geminid meteor shower will not be obstructed by moonlight. Peak morning is probably December 14, but watch December 15, too.
Read more: 10 tips for watching the Geminids