Sea smoke over the Atlantic 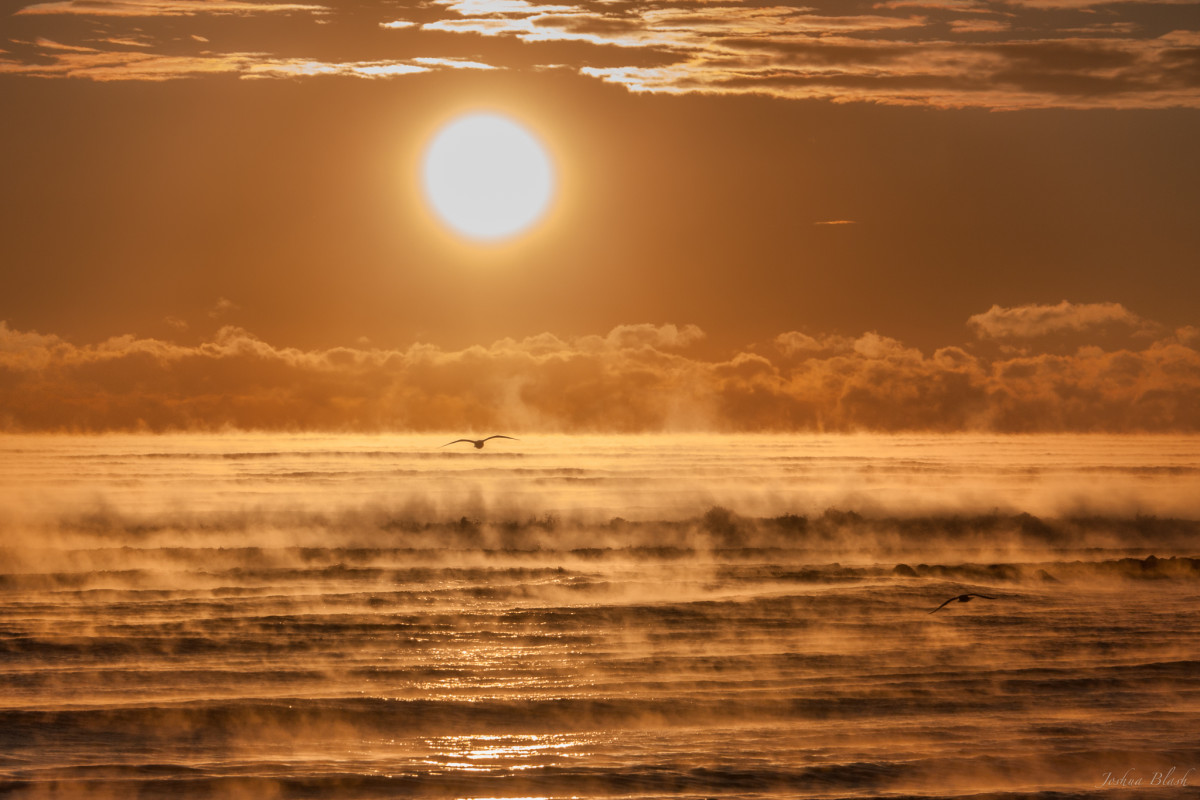 The morning after a large snowstorm had moved off the coast of New Hampshire, I went down to the beach to meet up with a good friend of mine for sunrise. The subzero air temperature from the polar vortex over the warmer ocean water produced an amazing display of Arctic smoke, which billowed up around us and was visible all the way to the horizon. I’ve seen a lot of sunrises, but this was by far the most breathtaking, and coldest, I’ve ever experienced.

Sea smoke is also called Arctic smoke, or frost smoke, or Arctic mist. It forms when very cold air moves over warmer water and can sometimes be seen forming over small patches of open water in Arctic sea ice.