Rise of Venus and Milky Way over Singapore

Photographer Justin Ng told us it has been his dream to capture the Milky Way over light-polluted Singapore. This morning, he finally did it. 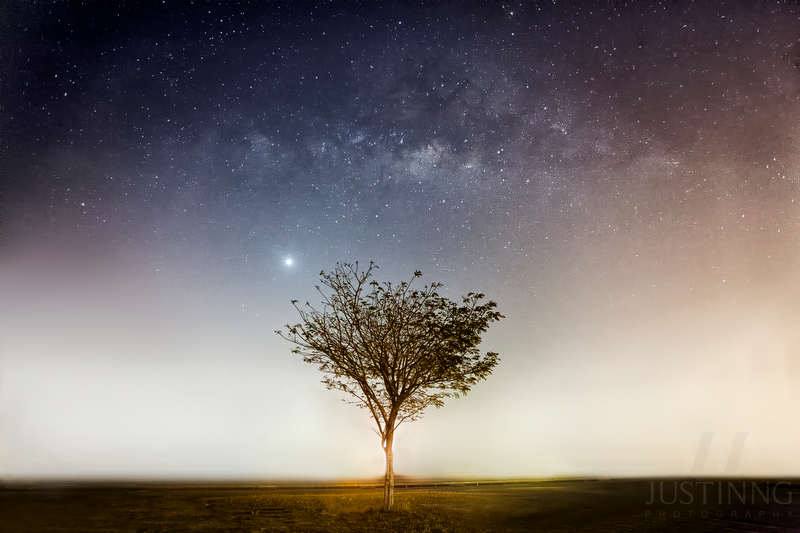 View larger. | A single-exposure image of the planet Venus and Milky Way galaxy, rising on February 28, 2014 over the large city of Singapore. The light pollution of the city is also apparent. Justin Ng captured this great shot. Thank you for sharing, Justin! View more photos by Justin Ng here.

Check out this amazing image of Venus and the Milky Way – taken from inside the city of Singapore – this morning (February 28, 2014). Our friend Justin Ng wrote:

My dream to capture the beautiful Milky Way galaxy in Singapore has finally come true this morning after the monsoon season is over.

Singapore is known for its heavy light pollution and many people believe that it’s impossible to shoot stars and Milky Way in Singapore. This image aims to prove the popular belief wrong, and I hope to inspire more astrophotographers residing in heavily light polluted city to try to capture these ‘impossible’ images.

This is a single exposure shot of planet Venus and the Milky Way galaxy in Singapore. The light pollution near the horizon was also apparent.