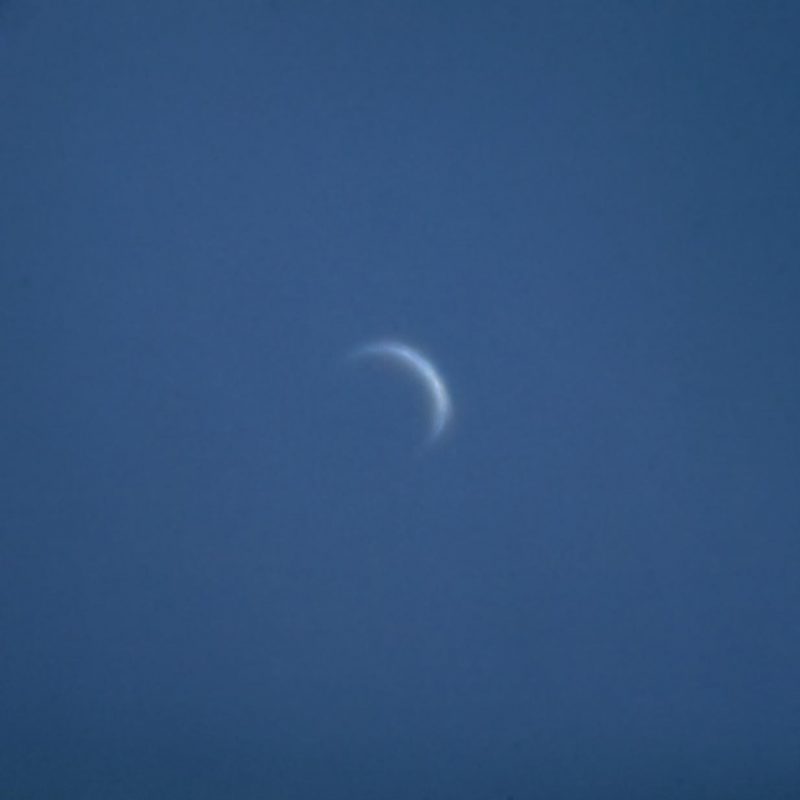 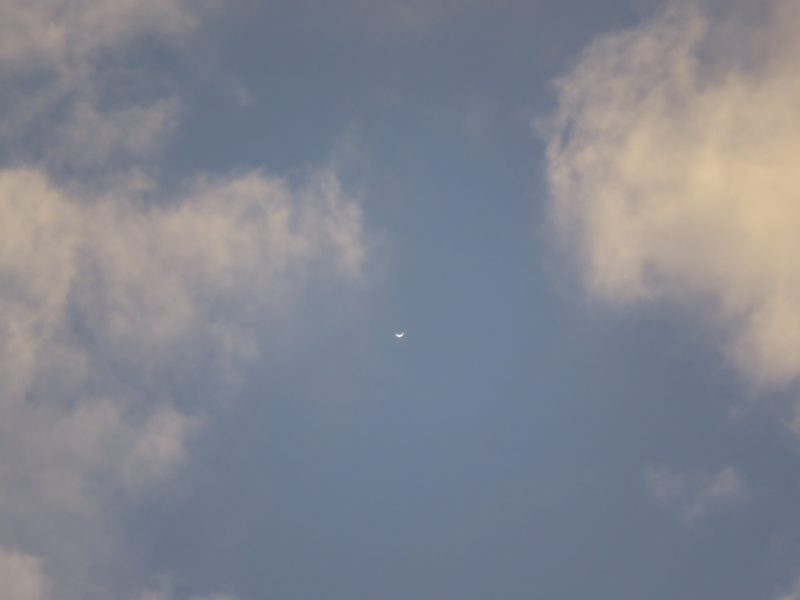 Venus passed its time of greatest brilliancy, when it appeared easily bright enough to be seen in the daytime, in late September. Patricio Leon in Santiago, Chile, wrote on October 4, 2018: “The sun was still above the horizon when this shot was taken. Clouds shone brightly: between them, Venus’ fine crescent was tricky to find naked eye. Note the steep angle of the ecliptic. Canon SX-60HS on tripod f/6.5 1/125s ISO100.” The ecliptic is the path of the sun, moon and planets. It’s at a steep angle now from the Southern Hemisphere. That’s why the lighted crescent points straight down, toward the setting sun. It’s why Venus is much easier to see from the Southern Hemisphere than the Northern Hemisphere. But, no matter where you are, you might glimpse it. Look very low in the west, immediately after sunset. From the Northern Hemisphere, use binoculars to sweep near the sunset horizon. 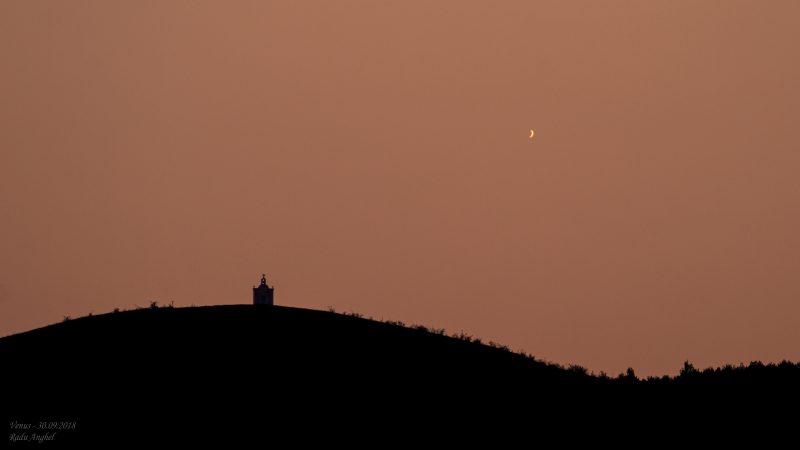 View larger. | No, it’s not the moon. It’s Venus – September 30, 2018 – visible through a small telescope in a crescent phase. Venus is up only shortly after sunset now. It’ll pass between us and the sun on October 26. Photo by Radu Anghel in Bacau, Romania. Thank you, Radu! 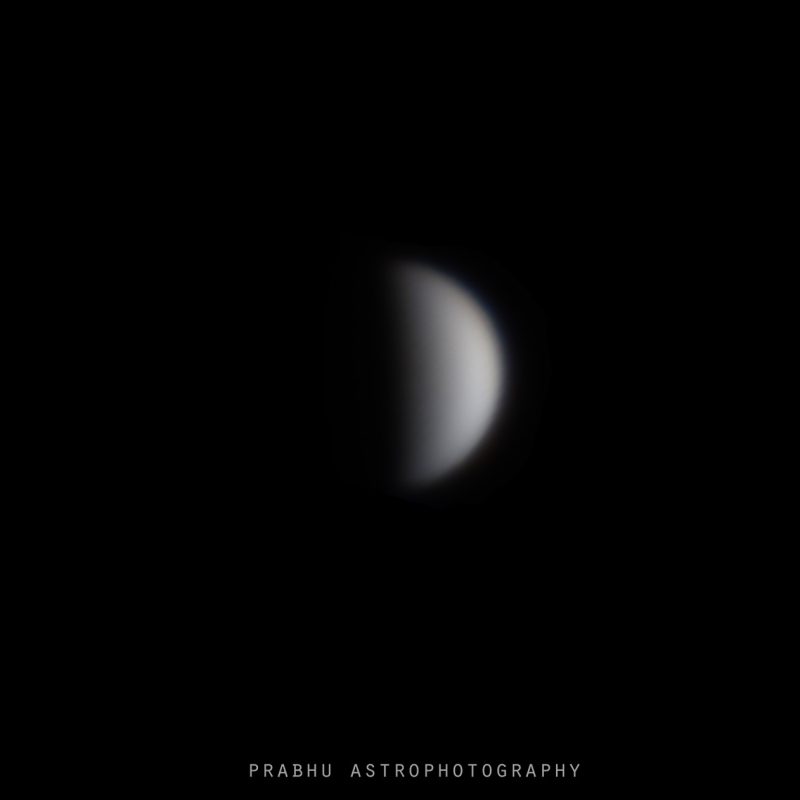 In August, the phase of Venus appeared larger. Prabhakaran A from Sharjah in the United Arab Emirates captured the planet Venus at greatest eastern elongation – 45.9 degrees from the sun on our sky’s dome – on August 17, 2018. We sometimes see both Venus and Mercury as crescent worlds, because their orbits around the sun are inside the orbit of Earth. When they near their time of passing between us and the sun – as Venus is doing throughout October, 2018 – their lighted faces are turned partly (or entirely) away from us.

Bottom line: Photos from the EarthSky community of the brightest planet, Venus, as a waning crescent. You can see a crescent Venus through a telescope, or with a telescopic lens on a camera. The planet is now exceedingly low after sunset, especially as seen from the Northern Hemisphere. EarthSky’s monthly planet guide is here.