Old moon and Mercury, past 2 mornings 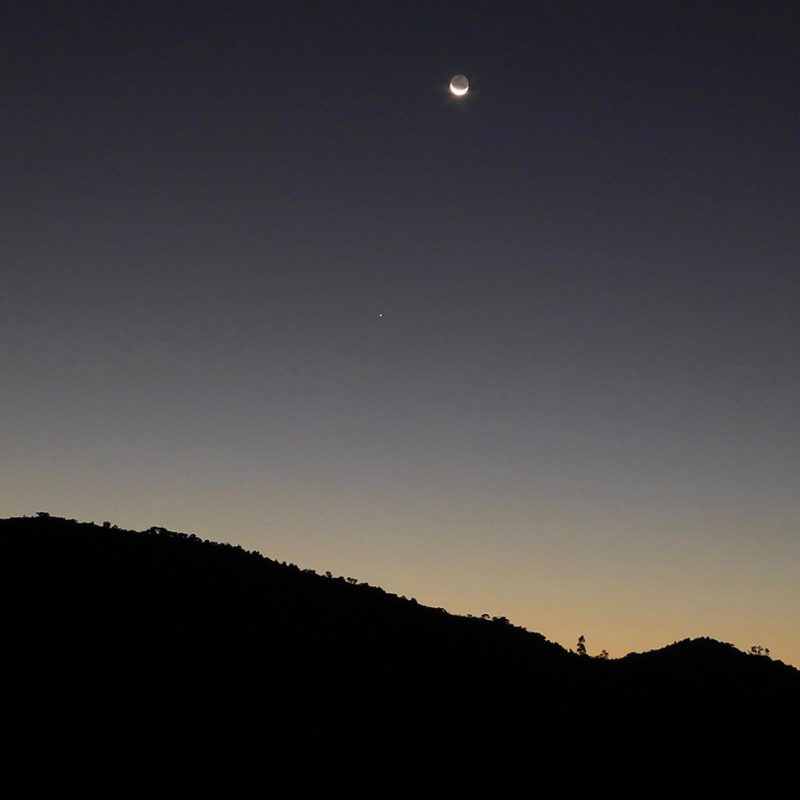 View larger. | May 13, 2018, photo of the old moon and Mercury by Peter Lowenstein. “Mercury remained visible below the moon for over 30 minutes due to very clear sky and a favorable Southern Hemisphere location.” Camera: Panasonic Lumix DMC-TZ60 in night and sunset scene modes.

The past two mornings, the old moon – a waning crescent moon – has been visible in the east before dawn, near the planet Mercury. Here are two photos, one from May 13 (above) and the next from May 14 (below). Both photos were taken as the moon and Mercury rose over Cecil Kop Nature Reserve in Mutare, Zimbabwe.

Notice that on May 13, the moon was above Mercury. But on May 14, Mercury was above the moon. The moon’s motion in orbit around Earth caused this difference and caused the moon to sink into the sunrise glare – so that it would not be visible before dawn – on May 15. 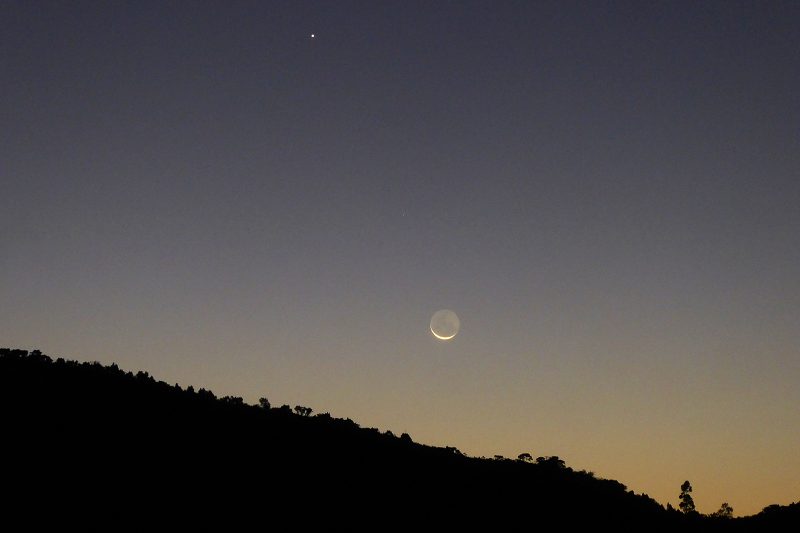 View larger. | May 14, 2018, photo of the old moon and Mercury by Peter Lowenstein. Panasonic Lumix DMC-TZ60’s in night and sunset scene modes with up to x60 zoom magnification.

Also, notice in the animation below what the still images above can’t show … that the moon and Mercury both were rising as these photos were taken. They were rising in the east for the same reason the sun does, because Earth is spinning under the sky.

Even on May 14, the moon remained faintly visible, ascending in the east, as dawn brightened.

Animation created from May 14 images, by Peter Lowenstein. Panasonic Lumix DMC-TZ60’s in night and sunset scene modes with up to x60 zoom magnification.

Bottom line: Images of the moon and innermost planet Mercury – now putting on a grand show from Earth’s Southern Hemisphere (but not the Northern Hemisphere) in the east before dawn.