The occultation by the moon of Aldebaran – brightest star in Taurus the Bull – was visible from North America. Great set of photos here from the EarthSky community! 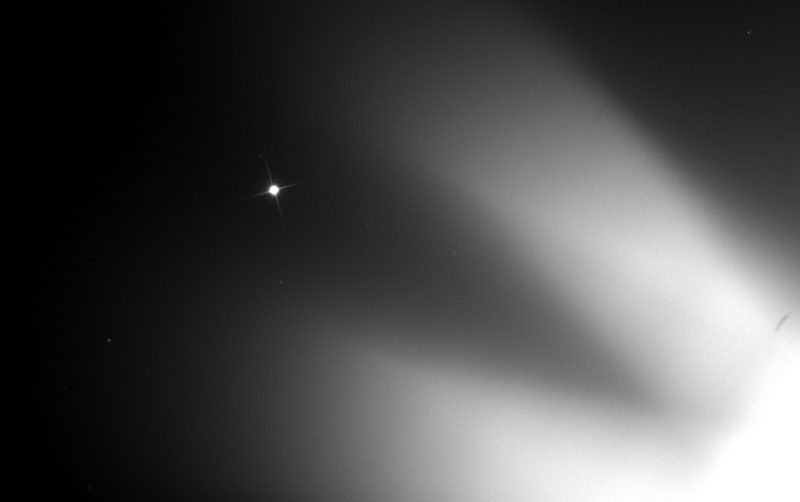 Jim Livingston in Custer, South Dakota caught this interesting shot of bright Aldebaran in the moon’s glare, as the moon approached the star and prepared to cover it. 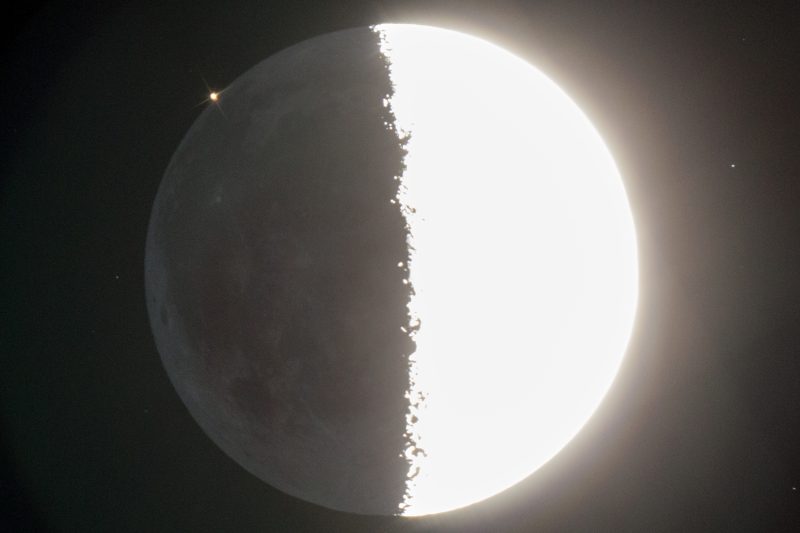 Bright star Aldebaran on the moon’s dark edge, just before the moon passes in front of the star. Photo by Michael Caruso in Morgantown, West Virginia. 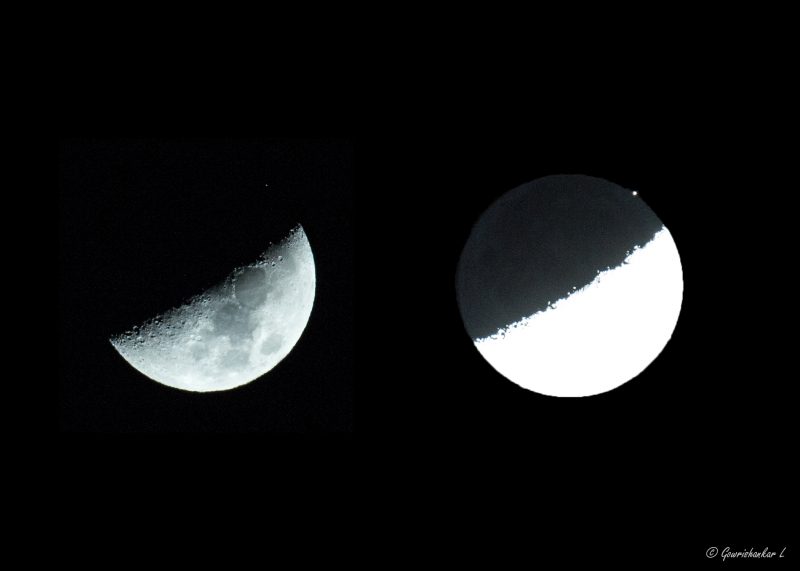 Gowrishankar Lakshminarayanan wrote: “I was in upstate New York, scouting for a possible observing location for my astronomy group. Was fortunate to capture the Aldebaran-moon occultation during this visit. It was an awesome experience to see how close the occultation was. To show how close the occultation was – I’ve overexposed the moon to show the earthshine. It was awesome to see Aldebaran wink before it went behind the moon.”

Donny Crocker-Jensen in Wardsville, Missouri made the video below of last night’s occultation and posted it at EarthSky Facebook. In the video, you’ll see Aldebaran right next to the moon, on the moon’s dark edge. Then, just before moonset, Aldebaran winks out as the moon passes in front of it: 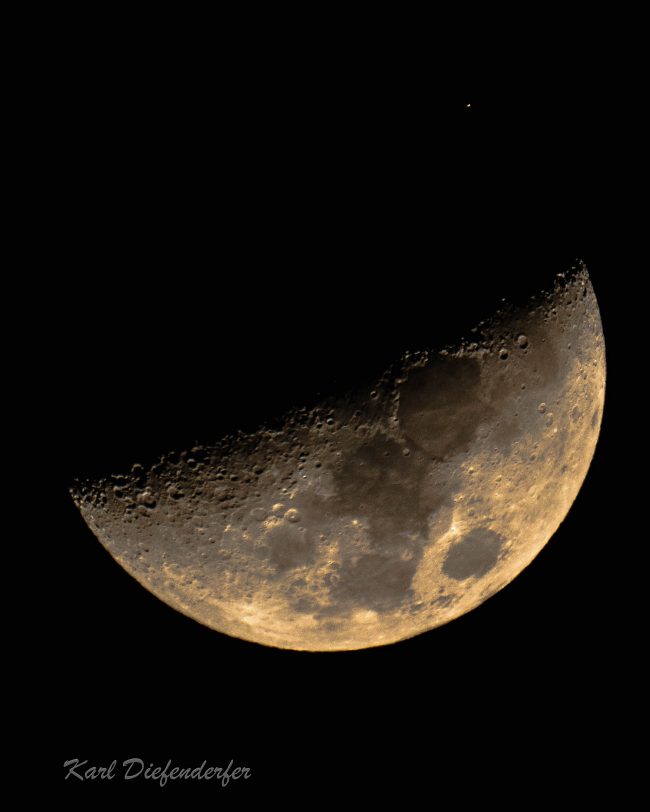 Moments before the moon occulted Aldebaran…from Karl Diefenderfer in Quakertown, Pennsylvania. Aldebaran is on the moon’s dark edge, around 2 o’clock. 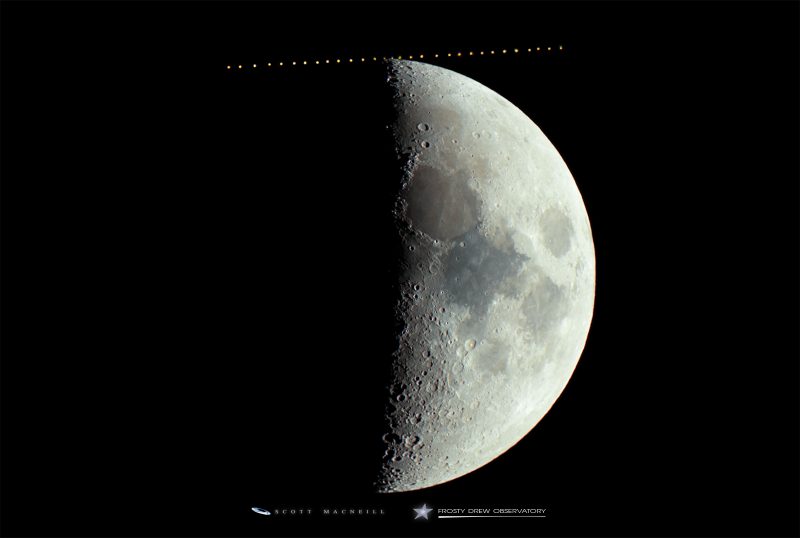 Scott MacNeill at Frosty Drew Observatory in Rhode Island wrote: “This composite shows the occultation at a 1-minute intervals … Last night’s occultation brought the ‘graze line’ of the occultation to Rhode Island. The graze line is a very small geographical line where Aldebaran will be seen to pass along the edge of the moon.” If you’re situated on an occultation’s graze line and using a telescope, you can see a star winking on and off as it passes behind lunar mountains and valleys along the edge of the moon. 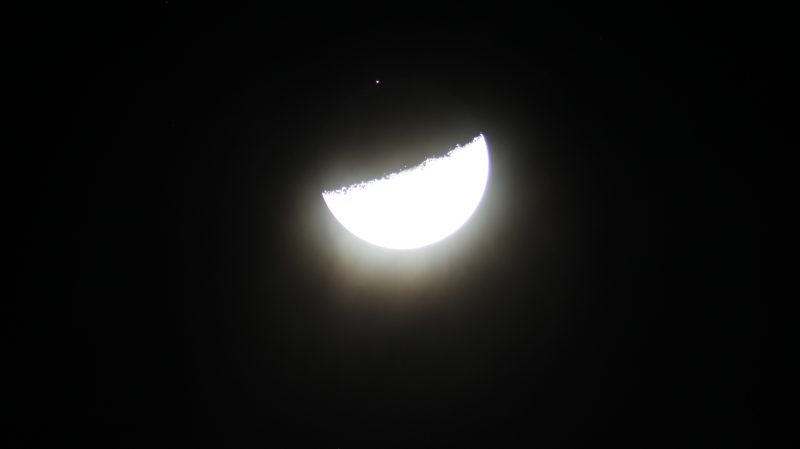 Michael Holland in Lakeland, Florida contributed this photo of the occultation. 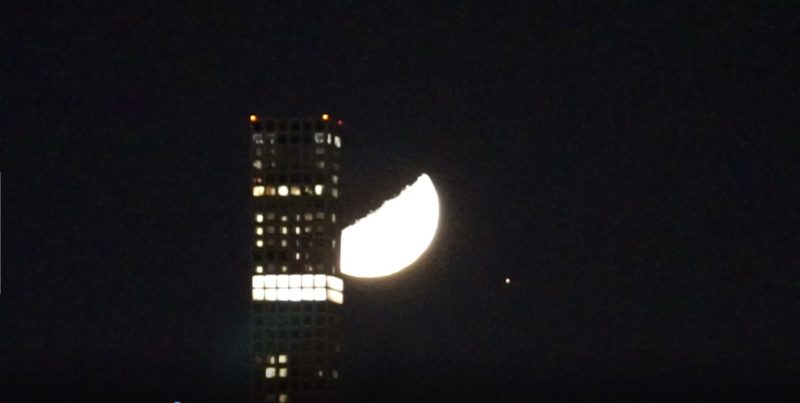 Bottom line: Photos of the March 4, 2017 occultation of Aldebaran by the moon. Thanks to all who contributed!