Despite a bright moon, the brightest Perseids put on a good show. See photos from the EarthSky community here.

Perseid meteor on the morning of August 12, 2017 from Hrvoje Crnjak in Šibenik, Croatia. Notice the variations in brightness and color throughout, and the little “pop” of brightness toward the bottom. A brightness “pop” like that comes from a clump of vaporizing debris. Thank you, Hrvoje! 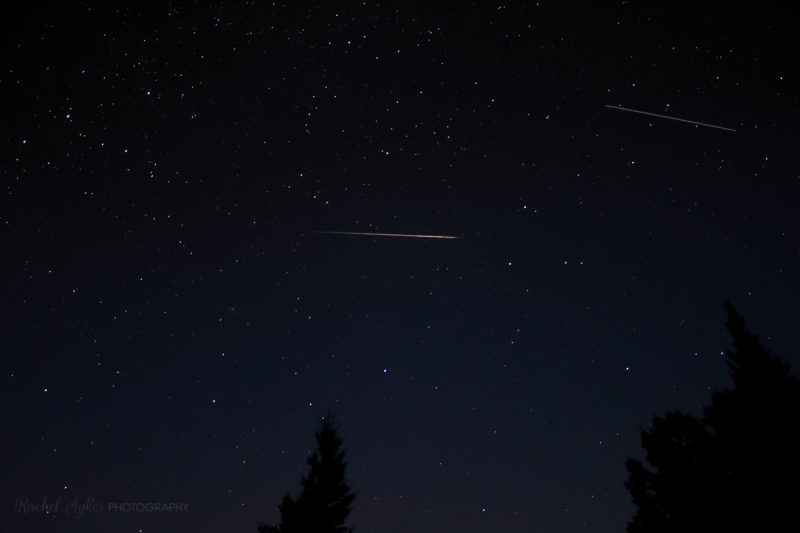 Rachel Sykes in Edmonton, Alberta, Canada wrote that she merged 2 images into 1, to create this image. She said: “This was my first time photographing meteors and I wasn’t sure what I would end up with. When I got home to check my images, I found two meteors! I was extremely happy with the second one since I managed to capture a colorful fire tail!” 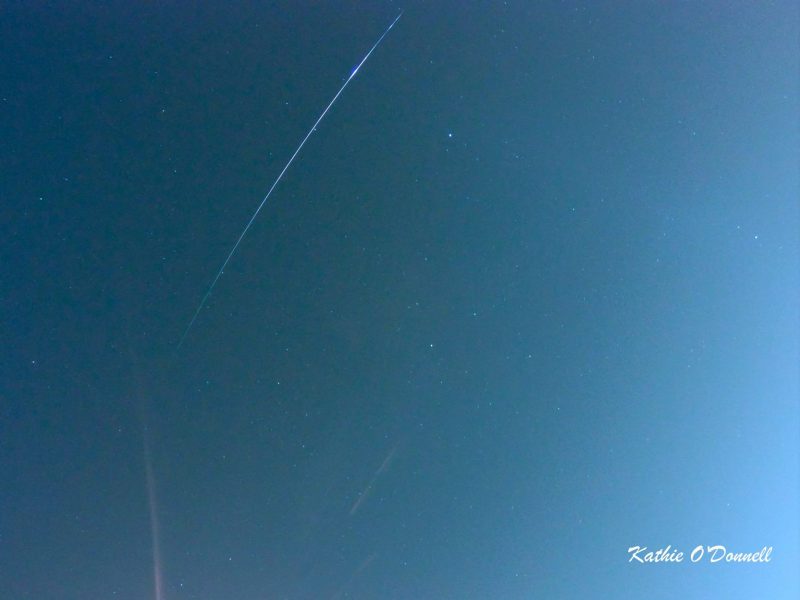 Kathie O’Donnell caught this one on August 12. She wrote: “This meteor lit up the sky before moonrise @ 9:19 p.m. Bright and long. I was lucky enough to see it, plus catch it with the GoPro.” 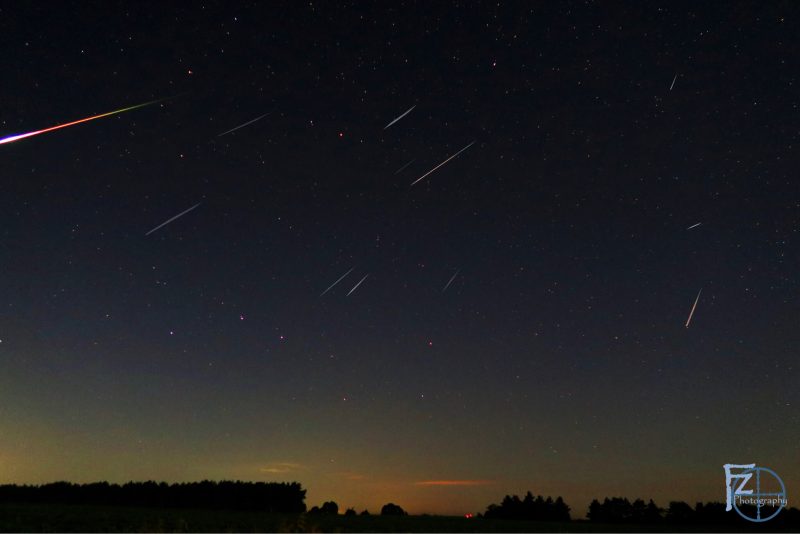 Composite of 12 images acquired on August 13 by Felix Zai in Toronto. He wrote: “Perseid meteor shower gave a good show even though the moon light drown out most of the fainter ones. A huge fireball was captured in this photo.” Thanks, Felix! By the way, it’s only in a meteor “storm” that you’d see this many meteors at once. Even in a rich shower, you typically see only 1 or 2 meteors at a time. 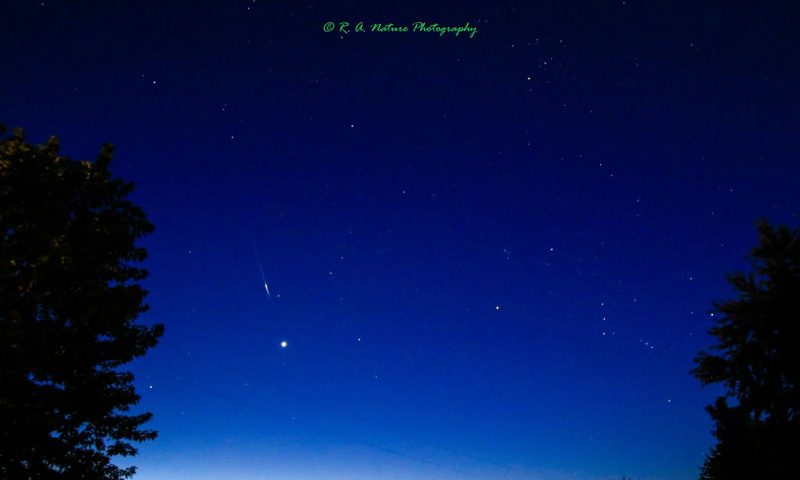 Russ Adams caught this meteor on the morning of August 12, 2017. See the “pop” at the end of the meteor? And see Orion rising? Thanks, Russ. 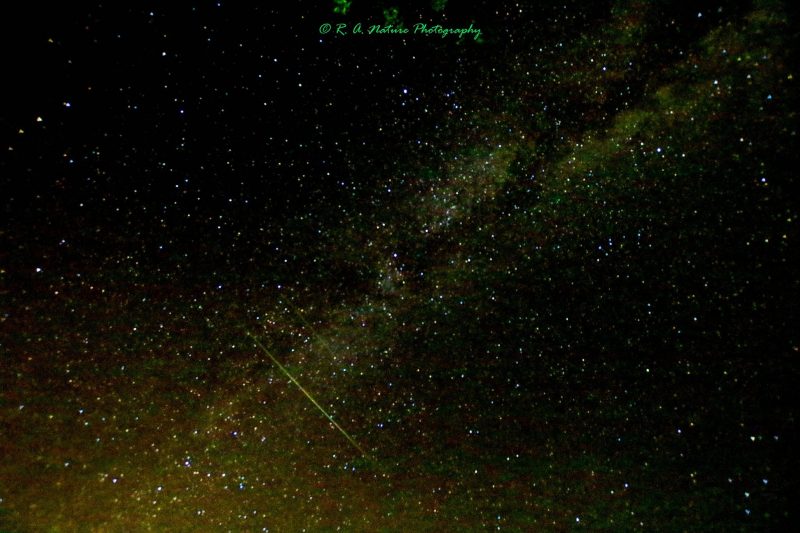 Russ Adams also caught these 2 meteors, traveling on parallel paths, on the morning of August 11, 2017. 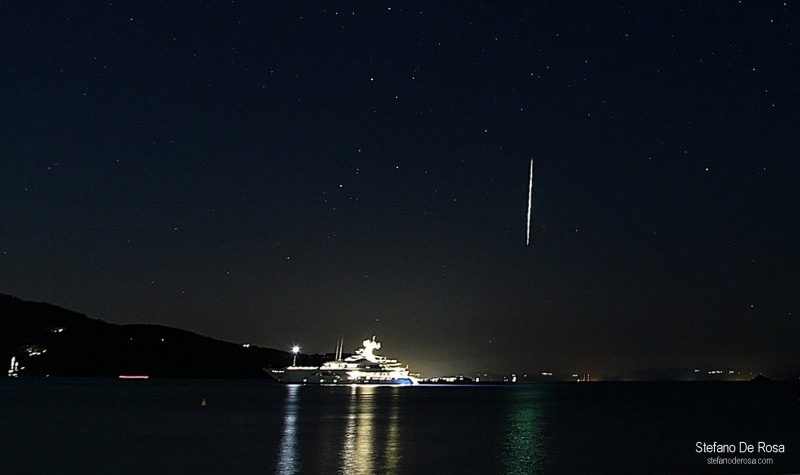 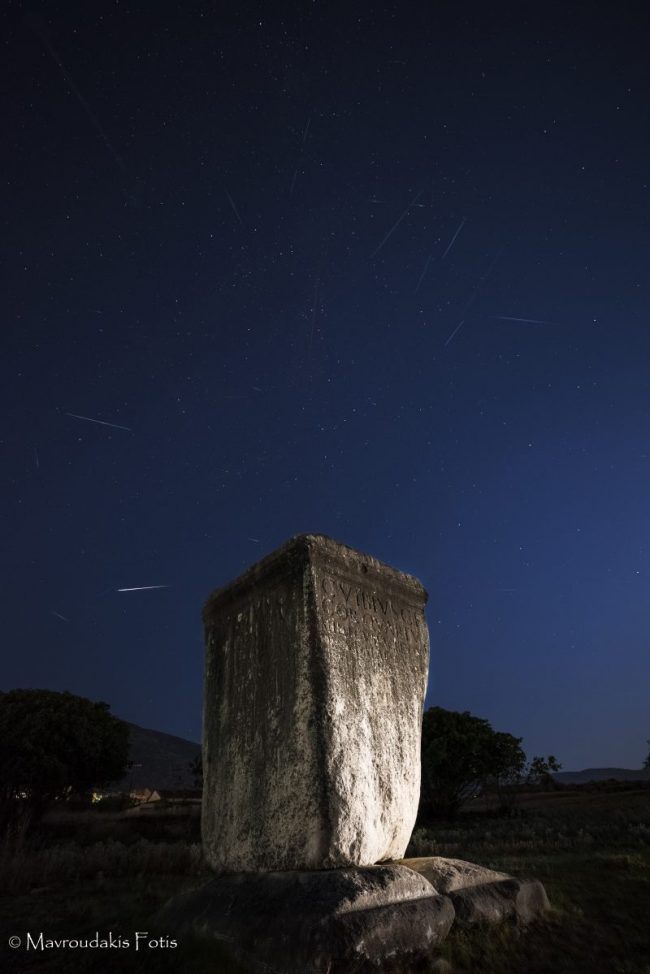 Here’s another composite image of meteors seen in August, 2017. Fotis Mavroudakis in Kavala Greece acquired the images on August 13 around 2 a.m. and wrote: “In the foreground is the Monument of Caius Vibius, a 4-meter high monolith dating to the 1st century AD.” 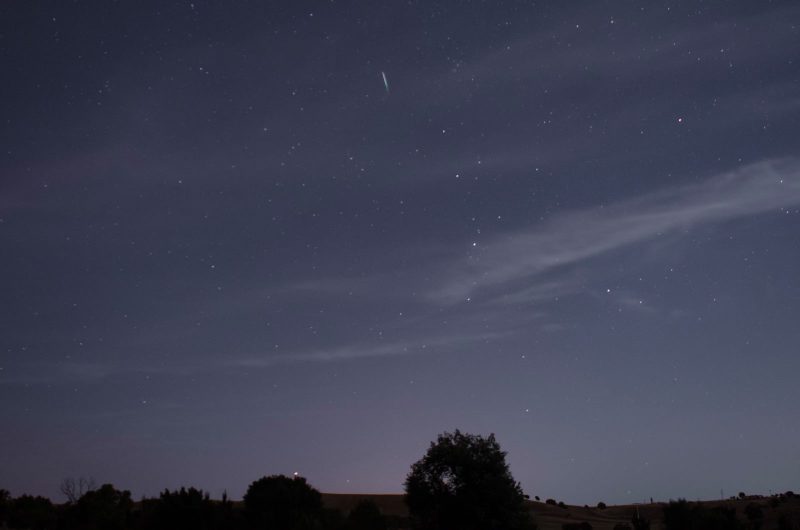 Annie Lewis in Madrid, Spain caught this meteor on August 13. She wrote: “This was a very bright and colorful Perseid meteor. It looked like a firework, in spite of the moon and the clouds that came in. It only traveled a short way, but was particularly attractive.” 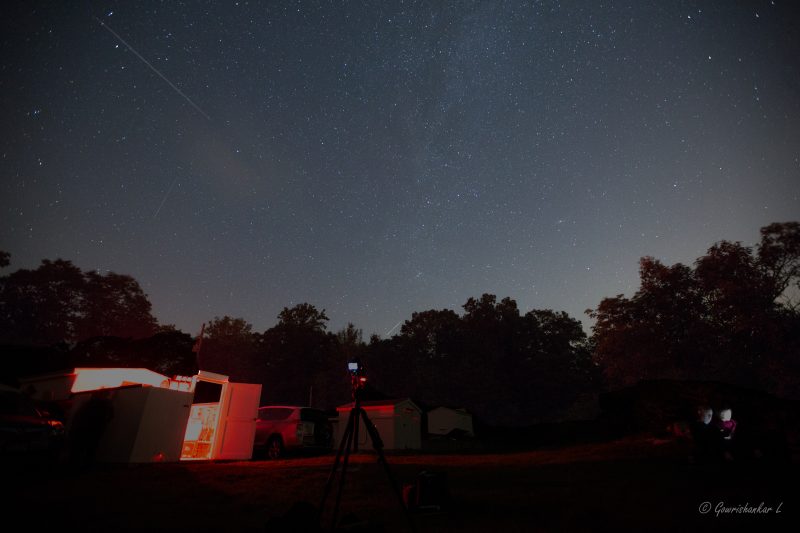 Gowrishankar Lakshminarayanan observed from Jenny Jump State Park on August 12. He wrote: “This is a 3-image photo composite to show the Perseid showers. The conditions weren’t conducive for observing in New Jersey. I had a very small window of clear skies. Also, the rate of meteors wasn’t that great. I still managed to get couple of streaks.”