The close conjunction of Mercury with Venus in last night’s evening sky was near the sun and exceedingly tough to spot, even with optical aid. Still, EarthSky friend Helio Vital managed to capture it! 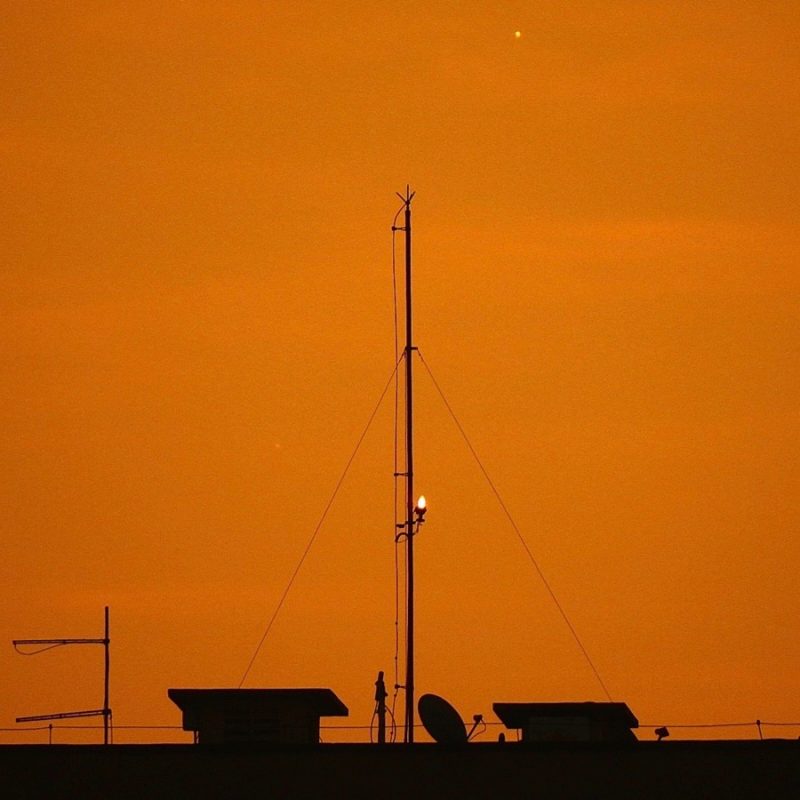 View at EarthSky Community Photos. | Venus and Mercury conjunction – September 12, 2019, just 8 degrees from the sunset – captured by Helio C. Vital in Rio. Venus is the brighter object above and to the right of the tall pole. Mercury is the fainter object, left of the pole, about midway up. Thank you, Helio!

Helio C. Vital in Rio de Janeiro, Brazil, mentioned to us earlier this week that he planned to try to capture this month’s Venus-Mercury conjunction. Neither of these planets is visible to the eye alone now, although both are in the evening sky. Their conjunction took place about 8 degrees east of the sun at sunset; thus, they are now exceedingly low in the west after sunset, buried in bright twilight. But Venus is bright. Helio managed to capture it a few days ago. And Venus doubtless helped him find fainter Mercury, too, on the evening of September 12, 2019. He wrote last night:

Fortunately, the weather helped, and I managed to get some photos of the Venus-Mercury close conjunction at today’s sunset. Only 27 arcminutes separated Venus (magnitude -3.9) from Mercury (magnitude -1.0) and the pair was still deeply inside the sun`s glare, as their angular distances from the Sun were respectively :7.8° and 8.2°. Catching Mercury at sunset using only the camera was quite a challenge, since it is shining 15 times dimmer than Venus.

Amazing catch, Helio! Thanks for sending in the photos. 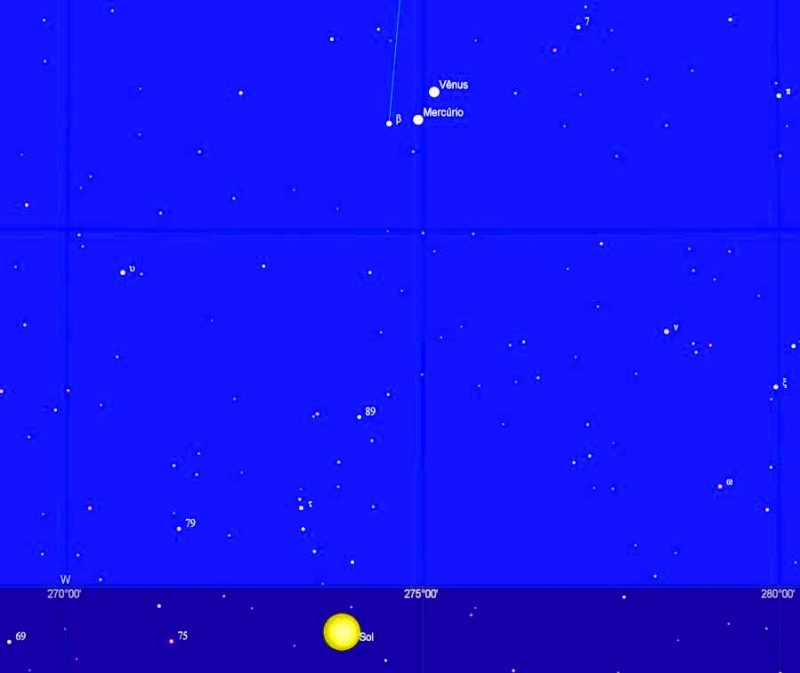 Helio provided this simulation of the September 12-13, 2019, Venus-Mercury conjunction. At the conjunction point, the pair were 0.3 degrees apart, just 8 degrees from the sun. 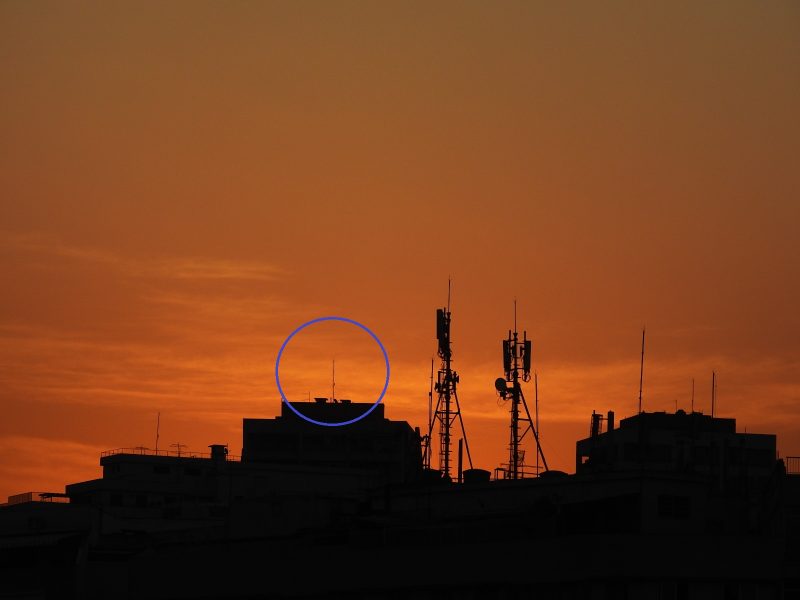 Here is the target area, where Helio searched to find Venus and Mercury. He had captured Venus in this area just a few days earlier.