Orion from the Southern Hemisphere

See the 3 stars of Orion’s Belt in the upper right of this photo? The large, reddish cloud-like region on the lower left is the Gum Nebula. 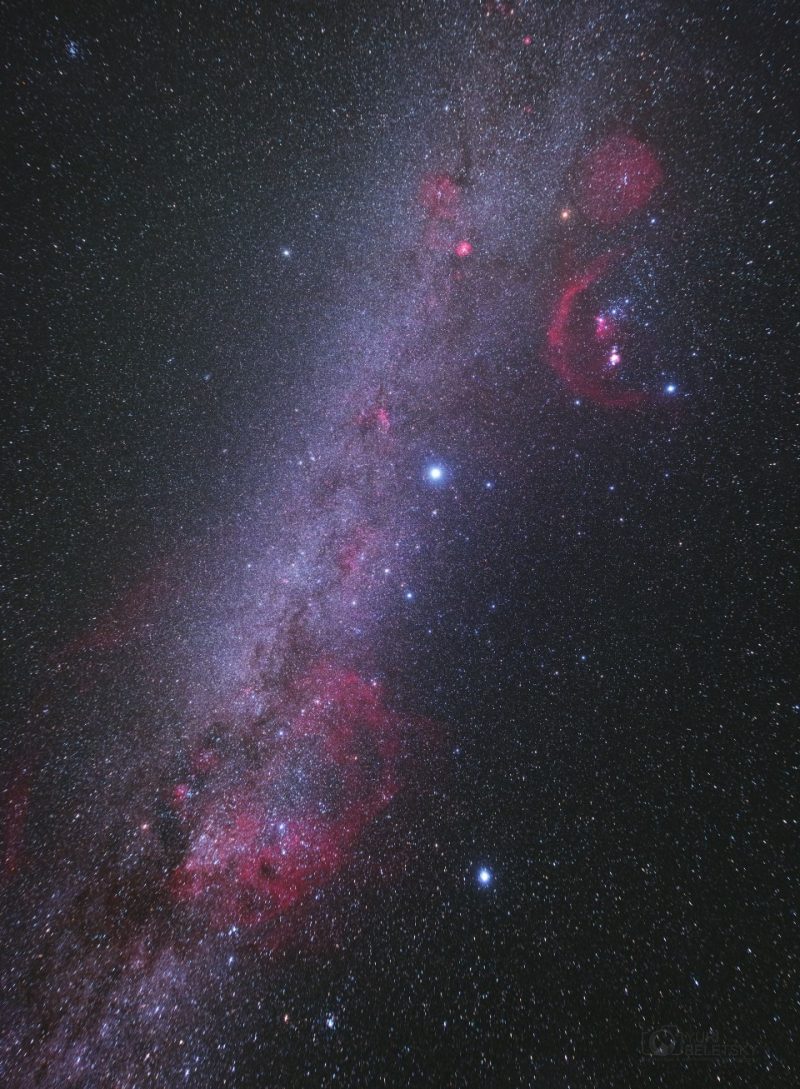 The constellation Orion lies along the sky’s equator, meaning it’s a favorite among skywatchers in both the Northern and Southern Hemispheres. See Orion’s three Belt stars, in the upper left? They’re the most noticeable part of this constellation. The red loop around Orion’s Belt is called Barnard’s Loop. But there’s lots more to notice in this photo by our friend Yuri Beletsky, who lives and works in Chile and has taken many wonderful photos of Southern Hemisphere skies. Yuri wrote:

Orion and the Gum nebula: the jewels of the summer Southern sky. Here is a very wide field spanning from Orion down to Vela constellation. You can see many red emission nebulae along the Milky Way! In order to get such nice contrast, I used Optolong L-Pro filter on modified Canon 6D camera. It really helps not only in heavily light polluted sites, but it also does some magic under the dark sky.

The Gum Nebula, by the way – seen at the bottom left of this photo – is a cloud of glowing hydrogen gas. It’s a very large and close nebula and sprawls across some 40° in the southern constellations Vela and Puppis. Its front edge is only about 450 light-years from Earth, and its back edge is about 1,500 light-years away. It’s thought thought to be a supernova remnant over a million years old.