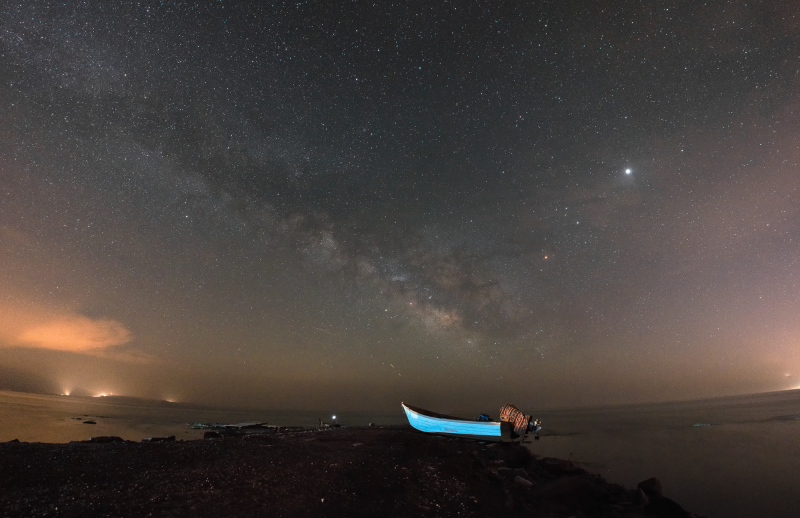 Nima Asadzadeh at Lake Urmia, Iran, composed this beautiful composite image of 33 vertical shots acquired March 26, 2018, around 3:30 a.m. The brightest starlike object in this image is Jupiter (on the far right). Below and to the left of Jupiter – below the little arc of three stars – is the bright red star Antares in the constellation Scorpius. Two more planets, Mars (right) and Saturn (left) are the bright starlike objects above the left side of the boat. Here are some details on the shot:

Bottom line: Photo of three planets and a forgotten boat.