Thank you, Vincent Bouchama, for your beautiful composite of Sunday’s solar eclipse! 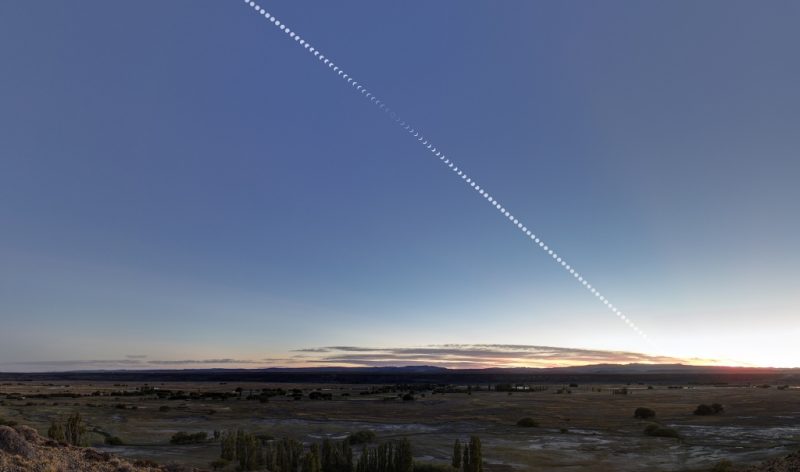 Composite image of February 26, 2017 annular solar eclipse – aka a “ring of fire” eclipse – from northern Patagonia by Vincent Bouchama. Created from a series of exposures at 3-minute intervals.

This stunning composite image is making the rounds on social media today. It’s from last Sunday (February 26, 2017) when the new moon moved directly in front of the sun, creating a solar eclipse. This was an annular eclipse, or ring of fire eclipse; that is, the moon was in a distant part of its orbit and not large enough as seen from Earth to cover the sun completely. At mid-eclipse, an outer ring of the sun’s surface appeared around the moon. The image comes from Vincent Bouchama , who was in northern Patagonia on eclipse day.

At Vincent’s location that day, the annular phase of the eclipse lasted a only 45 seconds.