Photos of this week’s moon and planets

Many in the EarthSky community captured the moon and planets this week. From the sunset horizon up, they are Venus, Mercury and Jupiter! 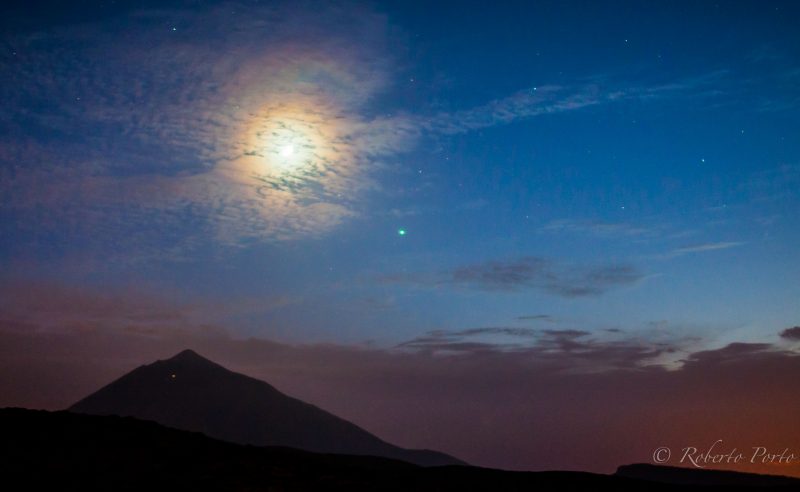 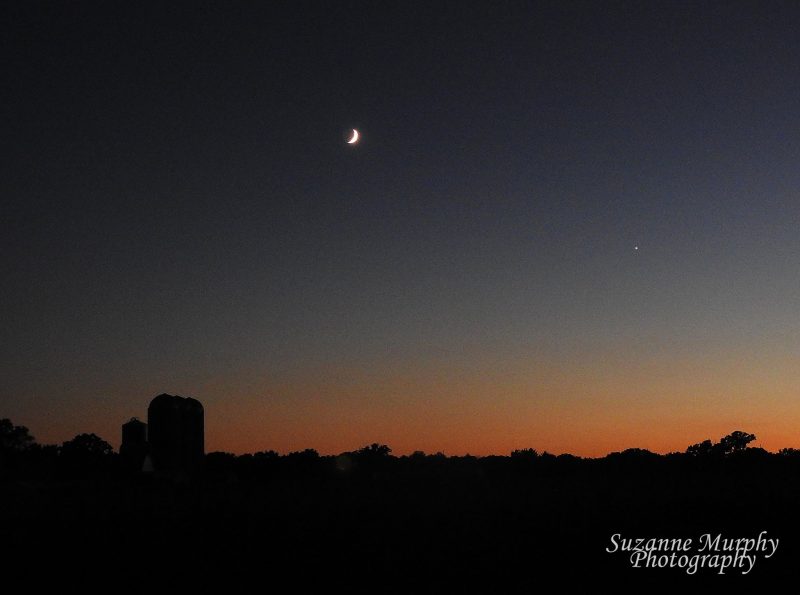 By the night of August 6, 2016, the moon appeared above Jupiter in the western twilight. Photo by Suzanne Murphy in Wisconsin. 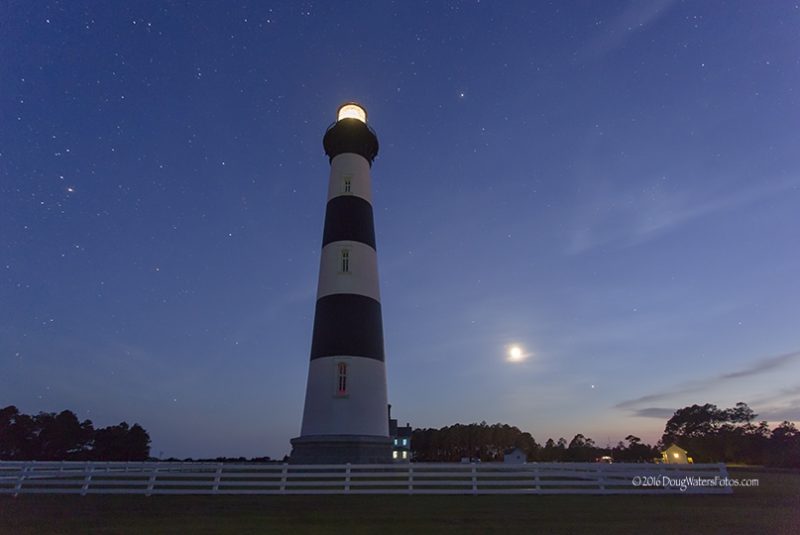 Doug Waters wrote on August 6: “My wife and I made the 4-hour drive from Morehead City, North Carolina, arriving just in time to catch the 17.4% crescent moon and Jupiter setting behind the Bodie Island Lighthouse in Nags Head on the Outer Bankes of North Carolina.” 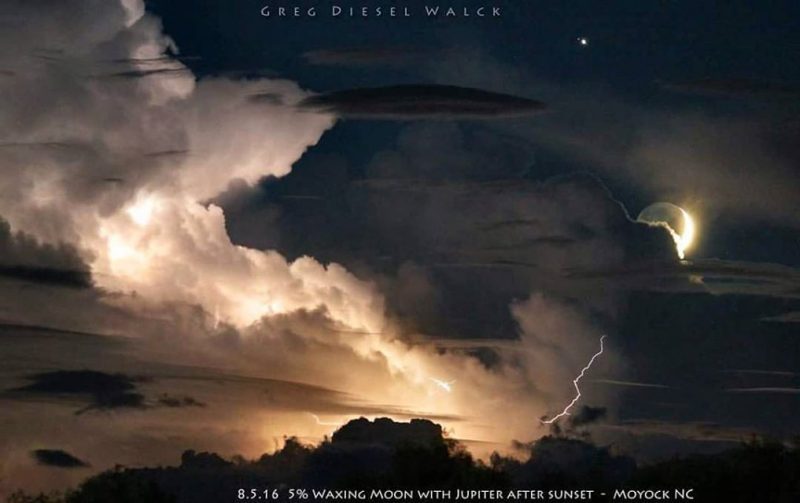 Greg Diesel-Walck wrote on August 5, 2016: “I’ve taken over 30,000 pictures of the moon. Tonight I had a chance to get chills again like it was the first time :-) Jupiter over the moon as a thunderstorm drifted across the horizon here in Moyock, North Carolina tonight.” 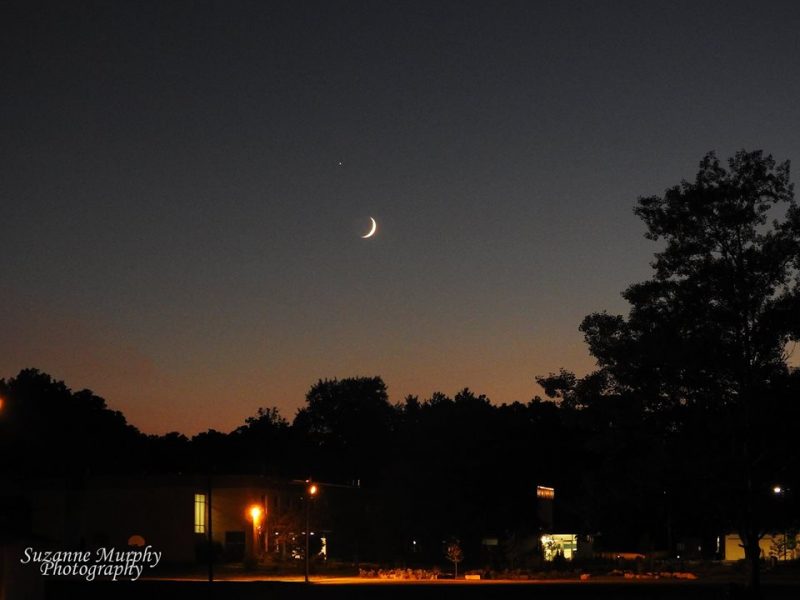 Suzanne Murphy took this shot of Jupiter and the crescent moon from Wisconsin on August 5, 2016. 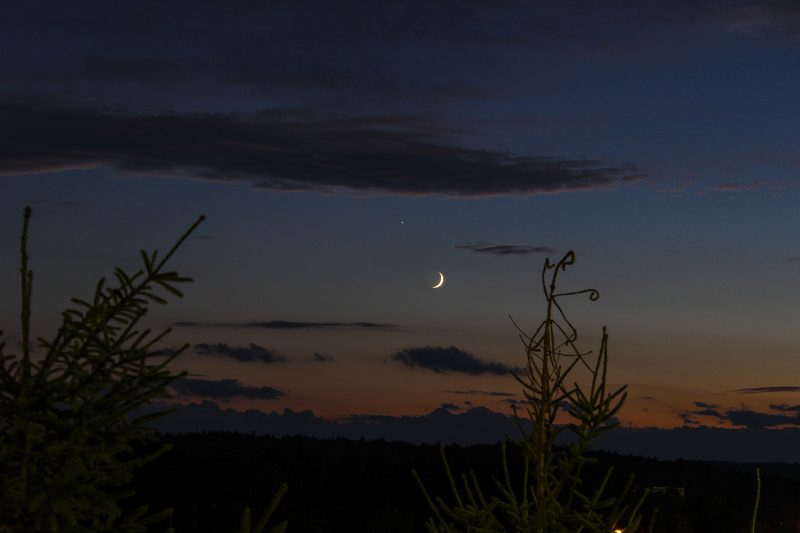 Kurt Zeppetello caught the moon and Jupiter on August 5, too, from a parking lot Lebanon, New Hampshire. 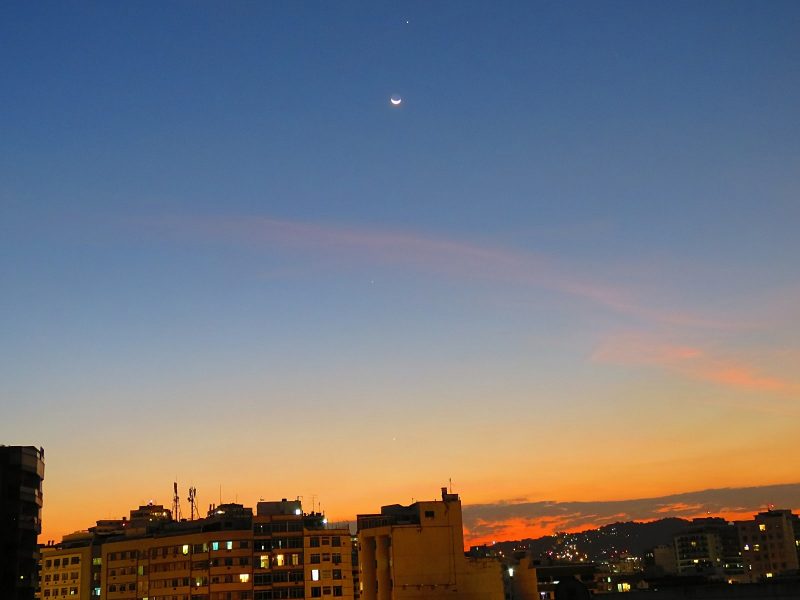 View larger. | Helio C. Vital caught the August 5 moon and 3 planets – Jupiter (top), Mercury (middle) and Venus (bottom) from Rio de Janeiro, Brazil. He wrote: “Two hours later the opening ceremony of the 2016 Olympic Games would be starting at the Maracanã Stadium, only 1 kilometer away.” 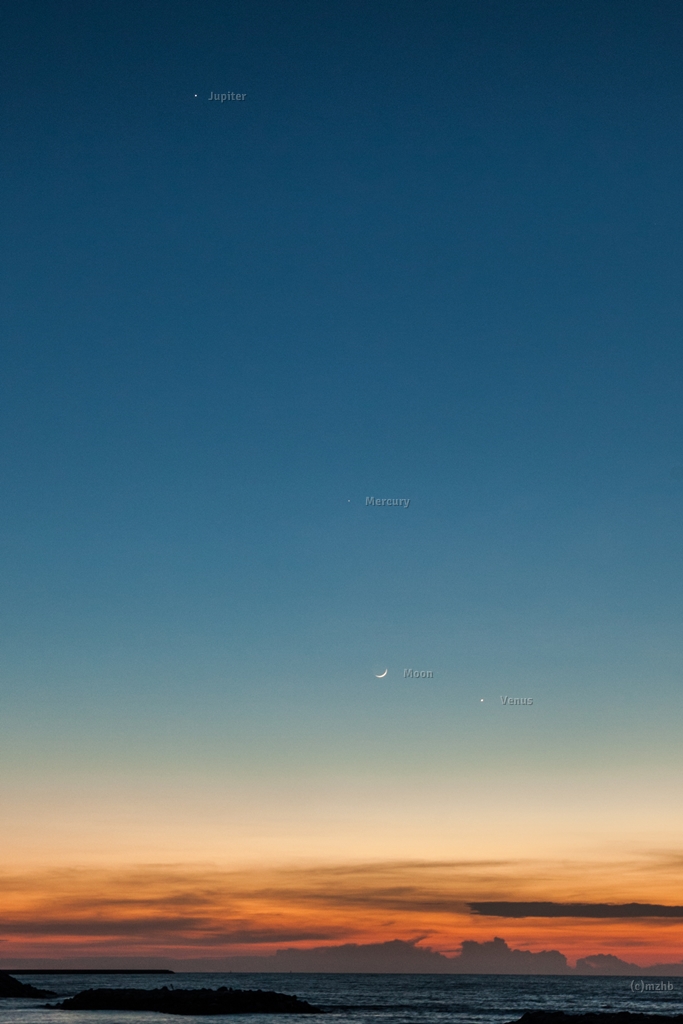 Jupiter, Mercury, moon and Venus after sunset on August 4, 2016 at Jerudong Beach, Brunei, on the island of Borneo. Photo by Zefri Besar. 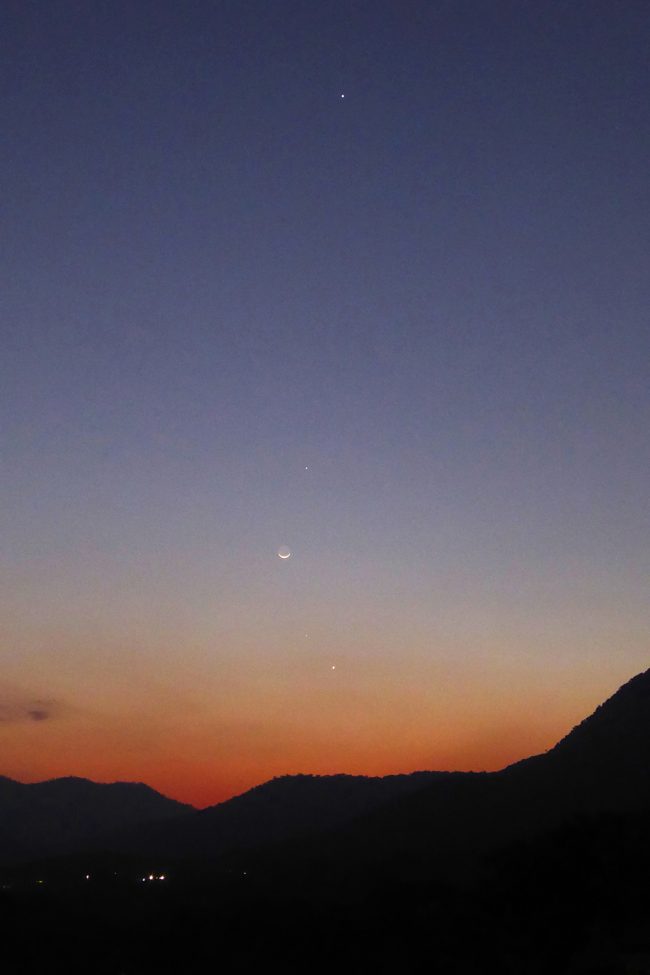 Here’s a glorious shot of all 3 planets after sunset, with the moon. Jupiter is highest in the sky, Venus is lowest, with Mercury in between. Photo by Peter Lowenstein in Mutare, Zimbabwe. Thanks, Peter! 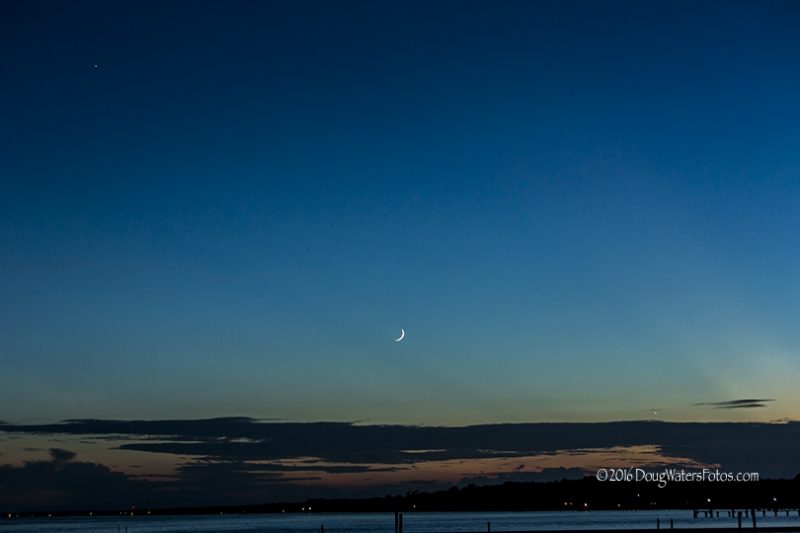 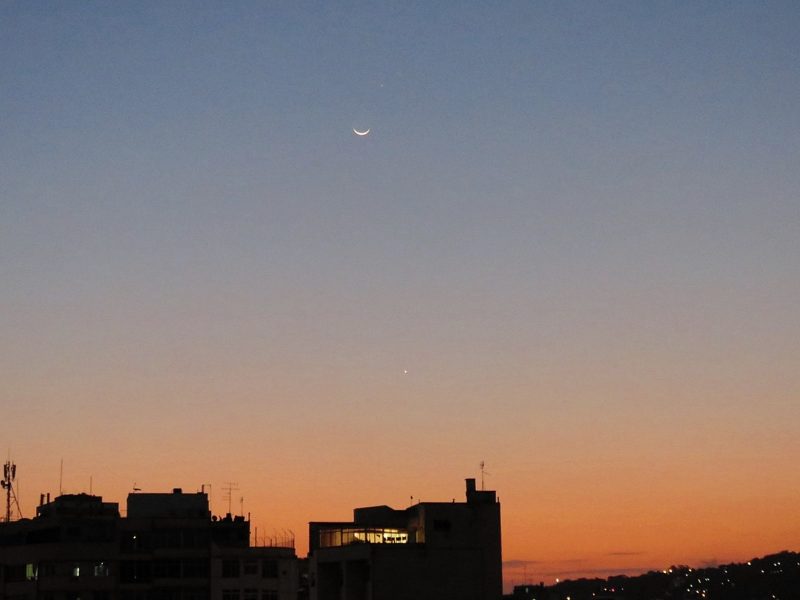 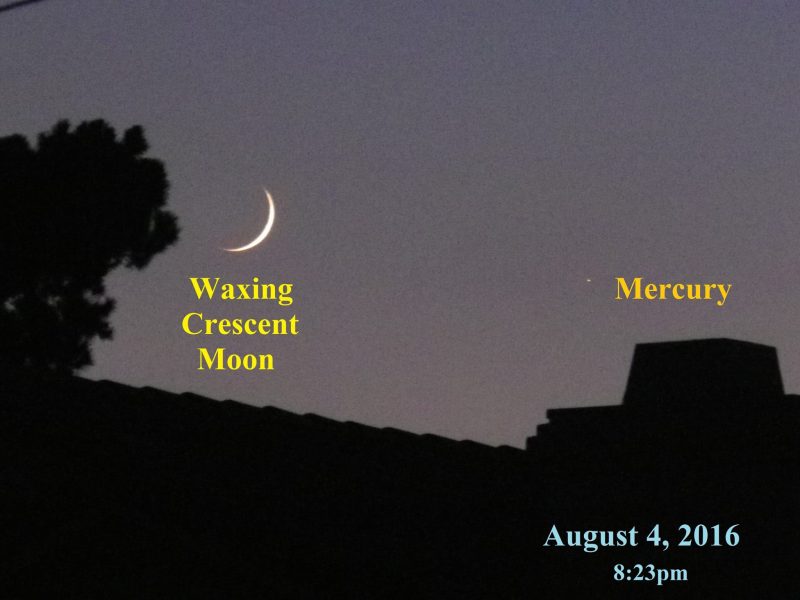 Matthew Kenslow caught the moon and Mercury over the rooftops on August 4.

Peter Lowenstein in Mutare, Zimbabwe provided this animated gif of the moon setting on August 4, showing the changing colors as twilight sinks into night. 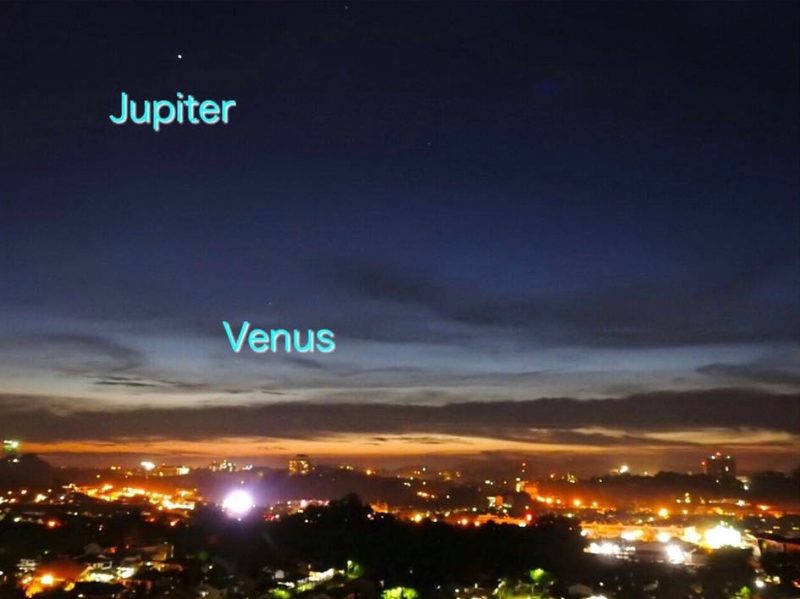 Jenney Disimon caught the sky’s two brightest planets, Jupiter and Venus, on August 3, 2016. No sign of the moon from her location – Sabah, North Borneo – but the moon would have been very young and hard to catch from there on that night. 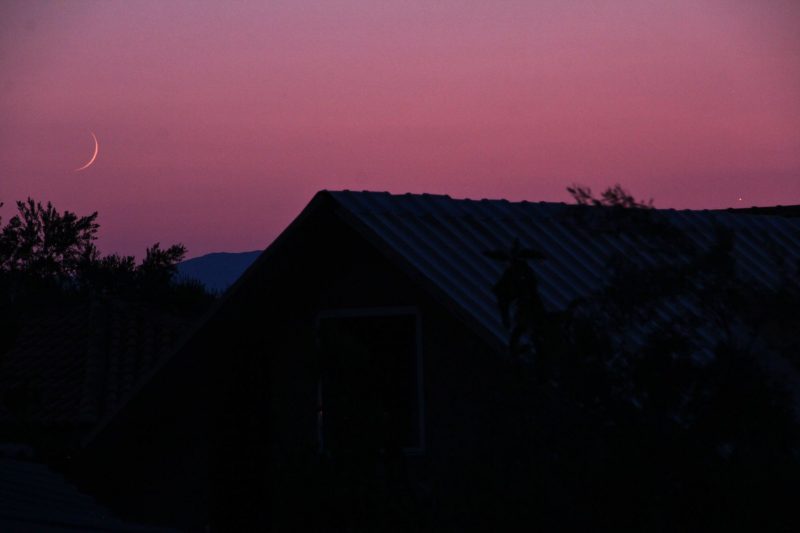 Dennis Anastassiou on Zakynthos Island, Greece, did manage to captured the very young moon (l) and Venus (far right) on the evening of August 3, 2016. 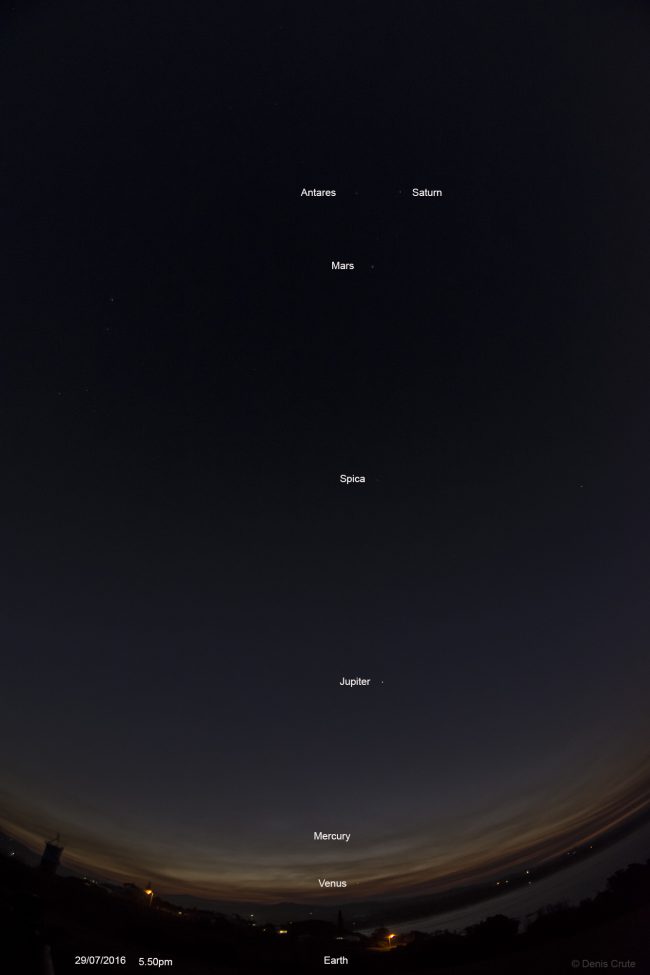 Did you know you can see all 5 bright planets at once after sunset now? Here they are on July 29, 2016 – from Denis Crute in Woolgoolga, NSW, Australia. Nikon D5200 and Samyang 8mm Lens. 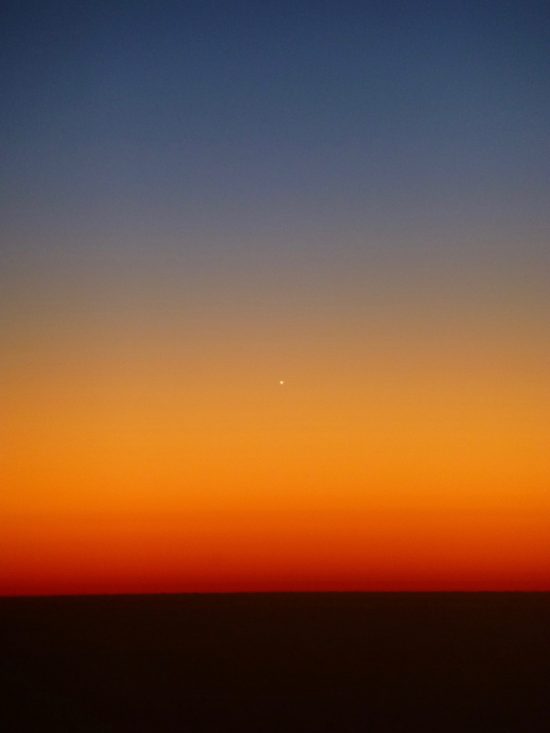 Gemini Brett caught Venus from a plane over southern Oregon on July 28, 2016, when it was still extremely deep in the evening twilight. 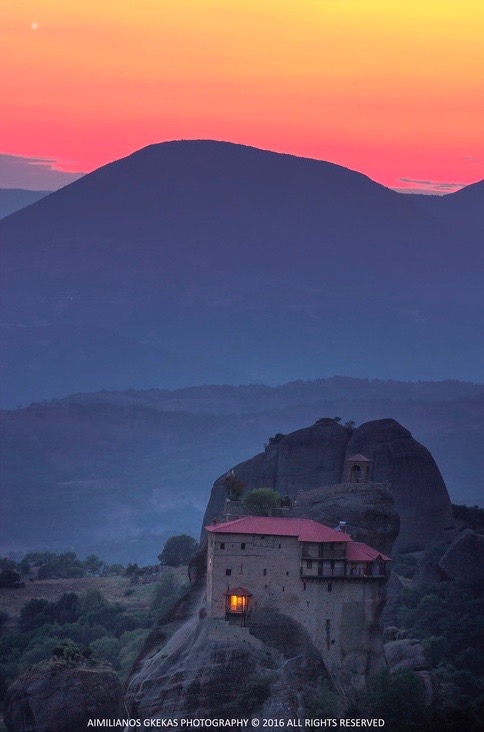 Bottom line: The moon began moving past the planets on August 3, 2016. It’ll continue to appear near them through about August 6. Photos here from the EarthSky community. Thanks to all who posted at EarthSky Facebook, or submitted to the site!