A moonbow is like a rainbow, but fainter, caused by moonlight. 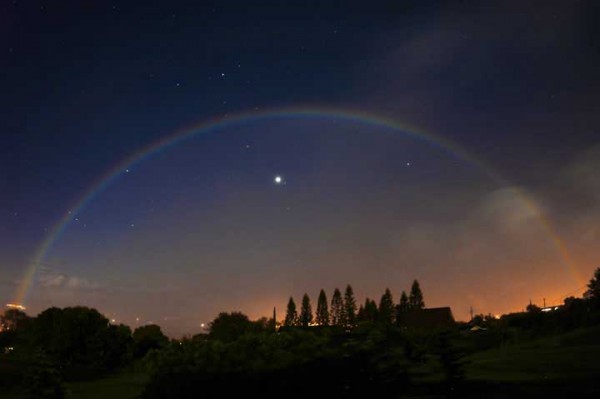 Orion was setting when Rob Ratkowski captured this rare moonbow in Hawaii in May 2004. The planet Venus is the bright object inside the bow. A moonbow is like a rainbow, but fainter, caused by moonlight. Les Cowley at the great website Atmospheric Optics says:

Moonbows are rare because moonlight is not very bright. A bright moon near to full is needed, it must be raining opposite the moon, the sky must be dark and the moon must be less than 42º high. Put all these together and you do not get to see a moonbow very often! To the unaided eye they usually appear, as in the small image, without color because their light is not bright enough to activate the cone color receptors in our eyes. Nonetheless colors have been reported and might be seen when the moon is bright. 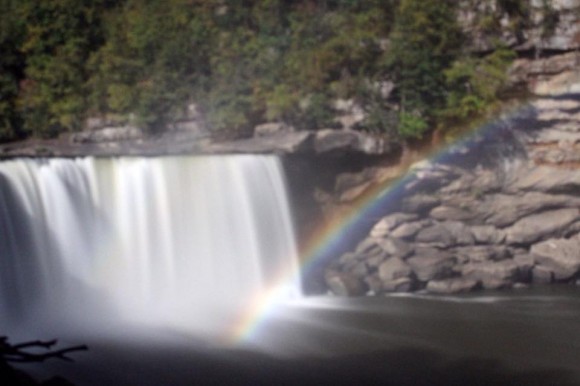 View larger. | You might catch a moonbow when you’re looking into a mist or rain, on a bright moonlit night. EarthSky facebook friend Janis Foley caught this moonbow at Cumberland Falls State Resort in Kentucky on October 8, 2014, night of the full Hunter’s Moon