The National Weather Service said the ice forecasts “remain mind-boggling if not historical” in cities including Atlanta,, Columbia, S.C., and Raleigh, N.C. 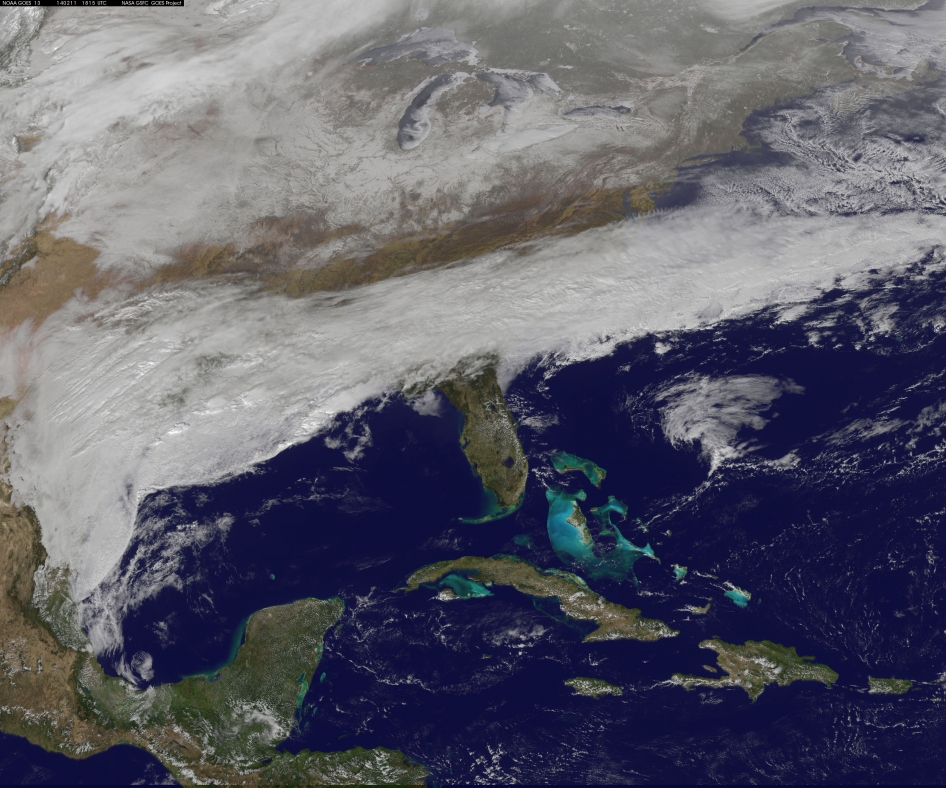 A major winter storm – what some are calling a historical storm – is creeping across the U.S. South on Tuesday, February 11. This image is from NOAA’s GOES-East satellite on February 11, 2014 at 1815 UTC/1:15 p.m. EST. It shows a large part of the front that stretches from eastern Texas to the Carolinas.

This powerful storm is already bringing snow, sleet and freezing rain to parts of the U.S. South. The storm is expected to last three days. This is a stronger storm than that which paralyzed much of the same region two weeks ago. A National Weather Service meteorologist, Michael Musher, told USA Today that ice accumulation forecasts “remain mind-boggling if not historical” in cities including Atlanta,, Columbia, S.C., and Raleigh, N.C.

The animation below, also from NOAA’s GOES satellite data, shows three days of movement of this massive winter storm, which stretches from the southern U.S. to the northeast. It shows the progression of the storm from February 10 at 1815 UTC/1:15 p.m. EST to February 12 to 1845 UTC/1:45 p.m. EST. Credit: NASA/NOAA GOES Project, Dennis Chesters