Pareidolia is a psychological phenomenon involving a stimulus wherein the mind perceives a familiar pattern of something where none actually exists. 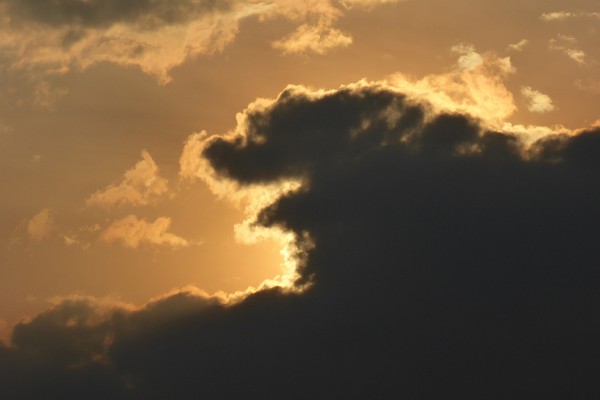 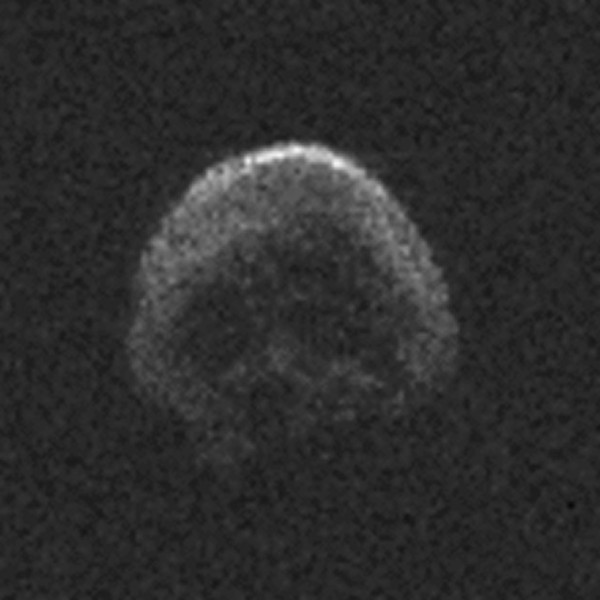 Object 2015 TB145, which passed Earth on October 31, 2015. This is a radar image from Arecibo Observatory. View more images of this object.

I liked this recent article at EarthSky – Best Images of Surprise Halloween Comet – and in particular the skull picture of asteroid 2015 TB145! Seeing this prompted me to search the Internet and find the term pareidolia. I had never come across it before – and wondered if you had?

Pareidolia is a psychological phenomenon involving a stimulus wherein the mind perceives a familiar pattern of something where none actually exists. Common examples are perceived images of animals, faces, or objects in cloud formations (such as the Barking Dog Cloud, above), the man in the moon, and very recently the skull in the Halloween image of asteroid 2015 TB1 45 released by the NSF’s Arecibo Observatory!