Awesomeness from the International Space Station

What would it be like to view the Earth and the sky from the vantage point of the International Space Station? These three photos from ISS tell the tale. 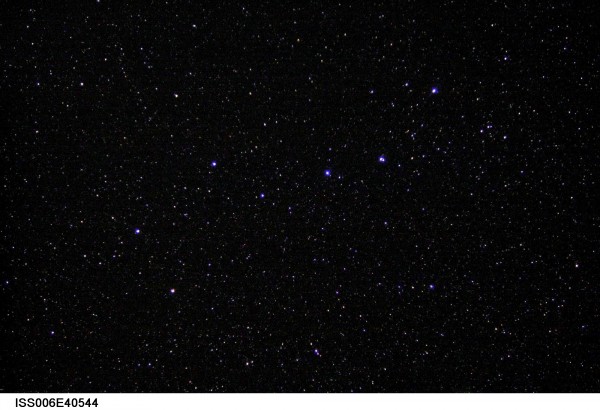 First, the Plough or Big Dipper as seen from the International Space Station. You’d get a much clearer view from space, because there’s no atmospheric blurring. 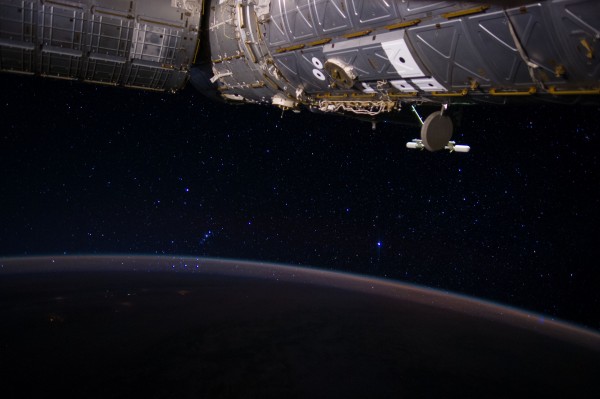 View larger. | A crew member of ISS Expedition 40 recorded this nighttime scene on June 23, 2014. Part of the constellation Orion is near the center of the frame.

Second, you could see stars ascending above the wide curve of the whole Earth. In this case, refraction due to Earth’s thin shell of atmosphere would often be an added bonus. Here is the southern half of Orion the Hunter with the three belt blue supergiant stars Alnitak, Alnilam and Mintaka visible in the Earth’s atmosphere. The blue supergiants Saiph and Rigel. Below the constellation of Lepus the Hare. To the lower left, the constellation of Canis Major, the Great Dog, with the bight stars, Sirius (the brightest object and one of the closest outside of our solar system), powerful blue giant Mirzam, blue supergiant, Adhara (one of the most powerful stars visible from Earth), the huge immensely powerful yellow supergiant Wezen (another one of the most powerful stars visible from Earth) and the blue supergiant Aludra. 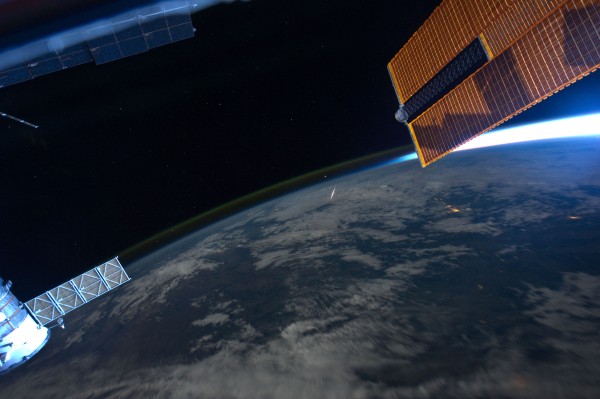 Third, you could see meteors from above. For all of you drowned out by the moon at the 2014 Perseid meteor shower, here is an August 17, 2011 view of a Perseid below the ISS. The ISS was approximately five times higher above sea level than the meteor. The dying orange giant star Arcturus is visible through the atmosphere on the Earth’s limb (edge), and the rest of the constellation of Bootes the Herdsman, along with Corona Borealis the Northern Crown and Serpens Caput the Serpent’s Head, are also visible to the left.

Bottom line: What would it be like to view the Earth and the sky from the vantage point of the International Space Station? These three photos from ISS tell the tale.