Every night, the Automated Planet Finder checks the weather, decides which stars to observe, and moves the telescope from star to star, looking for distant planets. 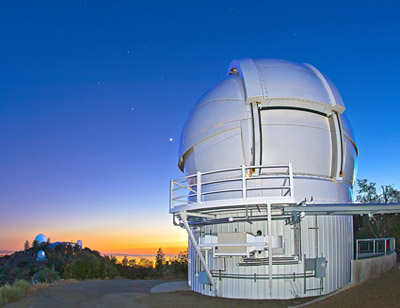 The Automated Planet Finder (APF) is the newest telescope at UC’s Lick Observatory on Mt. Hamilton. (Photo by Laurie Hatch) 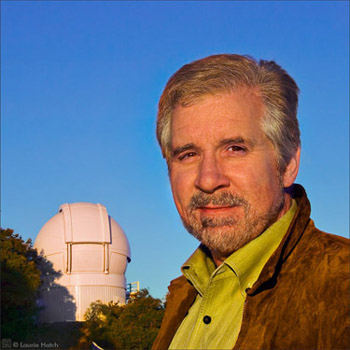 The Automated Planet Finder at Lick Observatory has been operating robotically every since January 2014, searching nearby stars for Earth-sized planets. It’s the world’s first robotic planet hunter, and it has joined the search for planets beyond our solar system.

To date, that search has yielded 1,779 distant planets (according to the Extrasolar
Planets Encyclopaedia, as of March 20, 2014).

Every night now, the robotic Automated Planet Finder at Lick checks the weather, decides which stars to observe, and moves the telescope from star to star throughout the night, collecting measurements that will reveal the presence of planets. The astronomers who run the project, led by UCSC’s Steve Vogt, say:

Its technical performance has been outstanding, making it not only the first robotic planet-finding facility but also one of the most sensitive.

NASA’s amazing Kepler spacecraft – which joined ground-based telescopes in searching for planets in 2009 and which by far holds the record for most new planets found – is focused on distant stars in a small patch of sky.

Meanwhile, the Automated Planet Finder focuses on nearby stars and covers the entire sky. Can’t wait to see some of its results.