Why planets have size limits

Why isn’t there an endless variety of planet sizes in the universe? Why are most planets like those in our solar system: small and rocky, or big and gaseous? 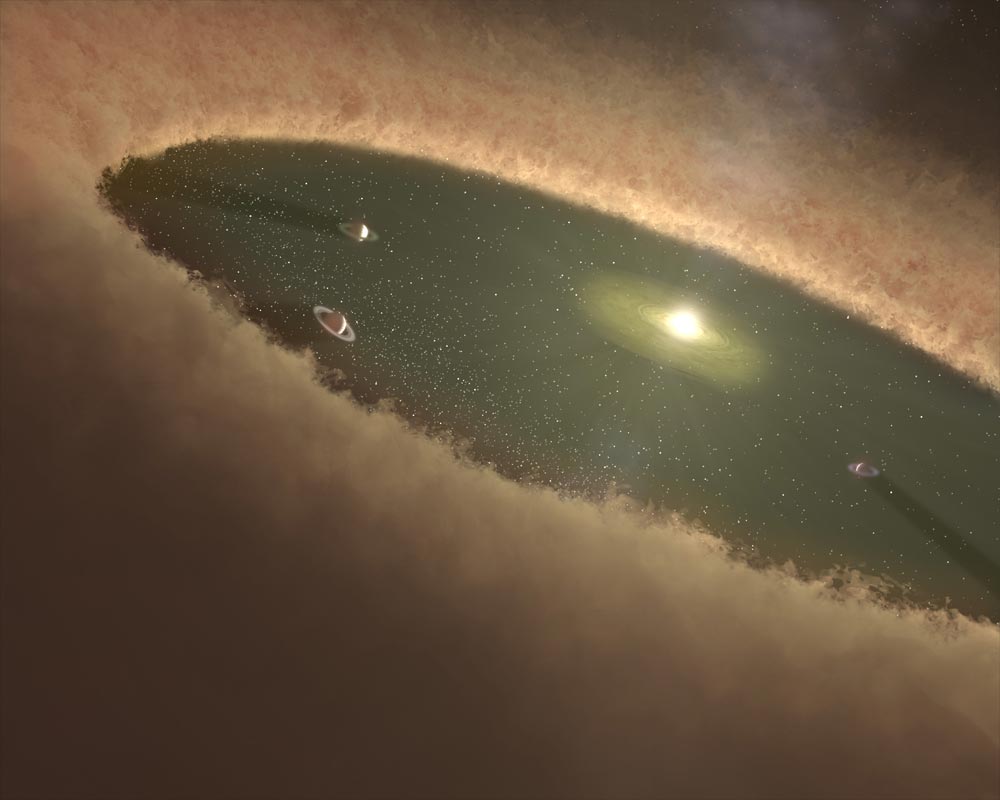 Scientists have discovered over 4,000 exoplanets outside of our solar system, according to NASA’s Exoplanet Archive.

Some of these planets orbit multiple stars at the same time. Certain planets are so close to their star that it takes only a handful of days to make one revolution, compared to the Earth which takes 365.25 days. Others slingshot around their star with extremely oblong orbits, unlike the Earth’s circular one. When it comes to how exoplanets behave and where they exist, there are many possibilities.

And yet, when it comes to sizes of planets, specifically their mass and radius, there are some limitations. And for that, we have physics to blame.

I am a planetary astrophysicist and I try to understand what makes a planet able to support life. I look at the chemical connection between stars and their exoplanets and how the interior structure and mineralogy of different sized planets compare to each other. 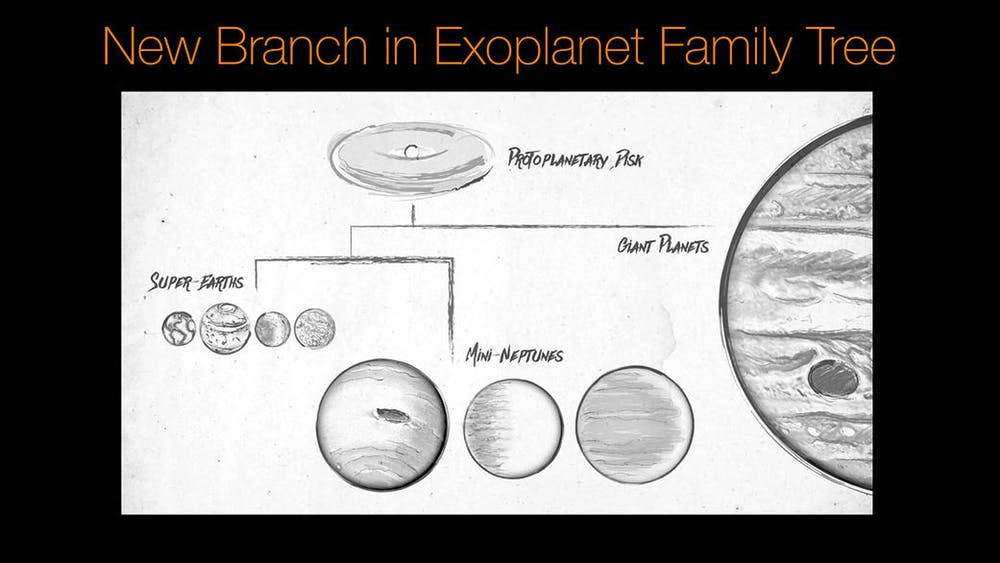 This sketch illustrates a family tree of exoplanets starting from the protoplanetary disk, which is a swirling disk of gas and dust surrounding a planet (much like a stellar disk but smaller). Gas and dust is pulled onto the planet, depending on the planet’s mass and gravity. Image via NASA/ Ames Research Center/ JPL-Caltech/ Tim Pyle.

In our solar system, we have two kinds of planets: small, rocky, dense planets that are similar to Earth and large, gaseous planets like Jupiter. From what we astrophysicists have detected so far, all planets fall into these two categories.

In fact, when we look at the data from planet-hunting missions such as the Kepler mission or from the Transiting Exoplanet System Satellite (TESS), there is a gap in the planet sizes. Namely, there aren’t many planets that fulfill the definition of a super-Earth, with a radius of 1 1/2 to twice Earth’s radius and a mass that is five to 10 times greater.

So the question is, why aren’t there any super-Earths? Why do astronomers only see small rocky planets and enormous gaseous planets?

The differences between the two kinds of planets, and the reason for this super-Earth gap, has everything to do with a planet’s atmosphere – especially when the planet is forming.

When a star is born, a huge ball of gas comes together, starts to spin, collapses in on itself and ignites a fusion reaction within the star’s core. This process isn’t perfect; there is a lot of extra gas and dust left over after the star is formed. The extra material continues to rotate around the star until it eventually forms into a stellar disk: a flat, ring-shaped collection of gas, dust, and rocks.

During all of this motion and commotion, the dust grains slam into each other, forming pebbles which then grow into larger and larger boulders until they form planets. As the planet grows in size, its mass and therefore gravity increases, allowing it to capture not only the accumulated dust and rocks, but also the gas, which forms an atmosphere.

There is lots of gas within the stellar disk. After all, hydrogen and helium are the most common elements in stars and in the universe. However, there is considerably less rocky material because only a limited amount was made during star formation. 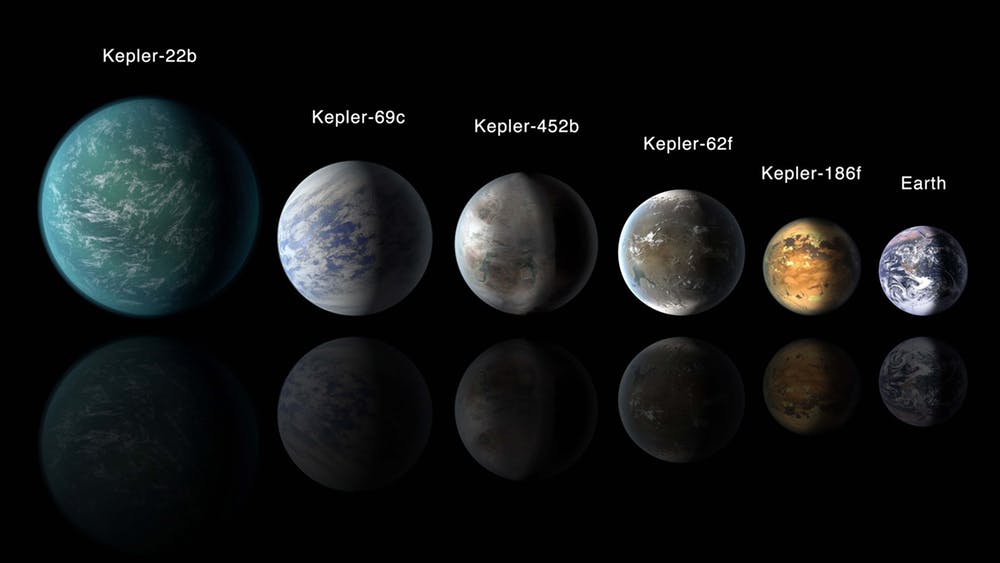 Comparison of confirmed super-Earth planets compared to the size of the Earth. Image via NASA/ Ames/ JPL-Caltech.

The trouble with super-Earths

Therefore, a planet either stays small and rocky, or it becomes a large, gaseous planet. The middle ground, where a super-Earth might be formed, is very difficult because, once it has enough mass and gravitational pull, it needs the exact right circumstances to stop the avalanche of gas from piling onto the planet and puffing it up. This is sometimes referred to as unstable equilibrium, such that when a body (or a planet) is slightly displaced (a little bit more gas is added) it departs further from the original position (and becomes a giant planet).

Another factor to consider is that once a planet is formed, it doesn’t always stay in the same orbit. Sometimes planets move or migrate towards their host star. As the planet gets closer to the star, its atmosphere heats up, causing the atoms and molecules to move very fast and escape the planet’s gravitational pull. So some of the small rocky planets are actually the cores of bigger planets that have been stripped of their atmosphere.

So, while there are no super huge rocky planets or small fluffy planets, there is still a huge amount of diversity in planet sizes, geometries and compositions.

Bottom line: An astrophysicist explains why planets have size limits.