Nature and nurture in the evolution of galaxies, and what those factors mean with respect to whether galaxies continue forming stars, or not. 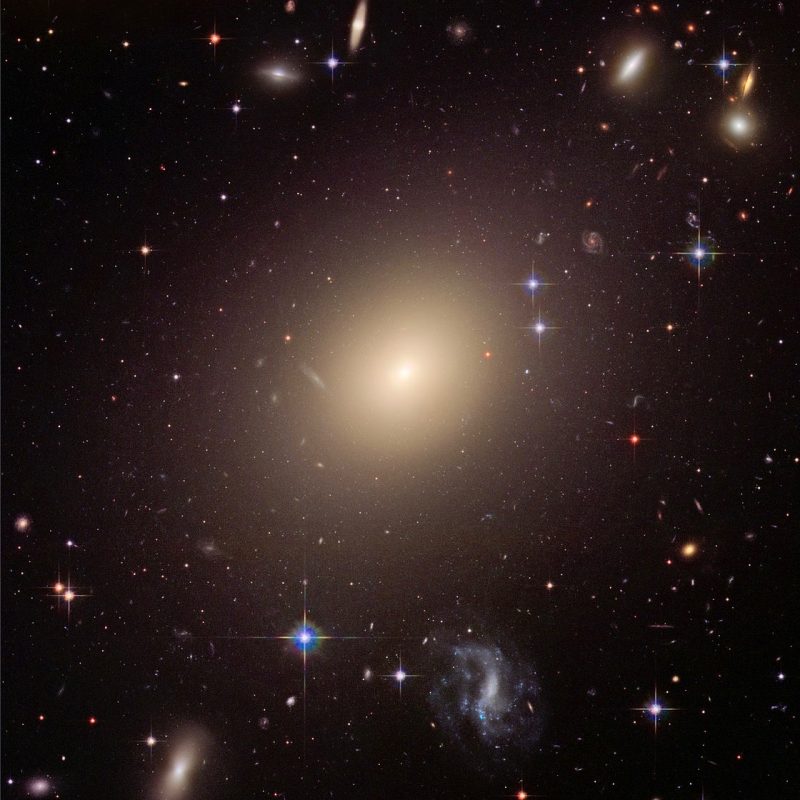 Astronomers recently concluded a study of 70,000 galaxies with the goal of finding out why some galaxies stop forming new stars. Using data from the COSMOS UltraVISTA survey, these astronomers were able to study the role of nature (internal processes inside a galaxy) and nurture (environmental processes in the area surrounding the galaxy) in galactic evolution. A July 11, 2016 statement from Lancaster University in the UK explained:

The processes that cause galaxies to ‘quench’ (cease star formation) are not well understood and constitute an outstanding problem in the study of the evolution of galaxies.

Just like humans, galaxies are affected by both the environment in which they form and evolve, but also by their ‘nature’ and internal processes; both can have dramatic effects.

Surprisingly, we find that the external [environmental] processes are only really relevant in shutting down the production of stars in galaxies over the last eight billion years. At earlier times in the universe, internal processes are the main mechanism for shutting down star formation.

In other words: back then, it was all about nature, not nurture, but later on the environment starts to play a major role.

The astronomers’ statement explained that environmental factors acting on galaxies include drag generated from an in-falling galaxy within a cluster of galaxies, which pulls gas away as well as multiple gravitational encounters with other galaxies and the dense surrounding environment, resulting in material being stripped away from the galaxy, among other things. 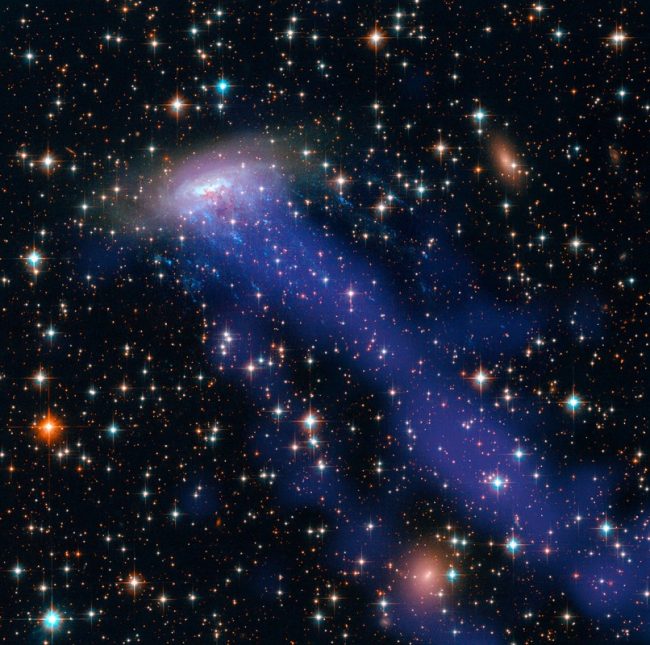 ESO 137-001 is an example of a spiral galaxy subject to environmental forces. This galaxy is zipping through the Norma galaxy cluster. Gas – needed for star-formation – is being pulled from its disk in a process called ram pressure stripping. Photo via NASA/ ESA/ Hubble Heritage Team (STScI/AURA)/ UCRToday.

The astronomers said the internal mechanisms that halt a galaxy’s star formation include the presence of a black hole (in which jets, winds, or intense radiation heat up hydrogen gas in the galaxy or blow it out completely, thus preventing the gas from cooling and contracting to form stars) and stellar outflows (for example, high-velocity winds produced by massive young stars that push the gas out of the host galaxy). David Sobral commented:

Our findings provide important clues towards understanding which process dominates quenching [the cessation of star formation] at various cosmic times. It is another big step in understanding the dramatic `cosmic crisis’ that the universe has been experiencing over the last 11 billion years.

By the way, writing in The Conversation, astronomers Michael J. I. Brown, Amelia Fraser-McKelvie and Kevin Pimbblet – who have also studied the question of why some galaxies stop forming stars – called this area of study “one of the biggest questions in astronomy.”

They pointed out that our own galaxy, the Milky Way, will likely someday stop forming stars, too, in our case due to environmental factors (“nurture”) in the form of an impending galaxy collision. They wrote:

The video below, from NASA.gov Video, depicts the collision between the Milky Way and the Andromeda galaxy, which will be pulled together by their mutual gravity and will crash together about 4 billion years from now.

Bottom line: Astronomers recently concluded a study of 70,000 galaxies with the goal of finding out why some galaxies stop forming new stars.