Ten years ago, scientists speculated that warm dust in the exoplanet system BD +20 307 – located 300 light years away – had resulted from a planet-to-planet collision. Now astronomers see 10% more warm dust in this system, further supporting the idea of a collision between worlds. 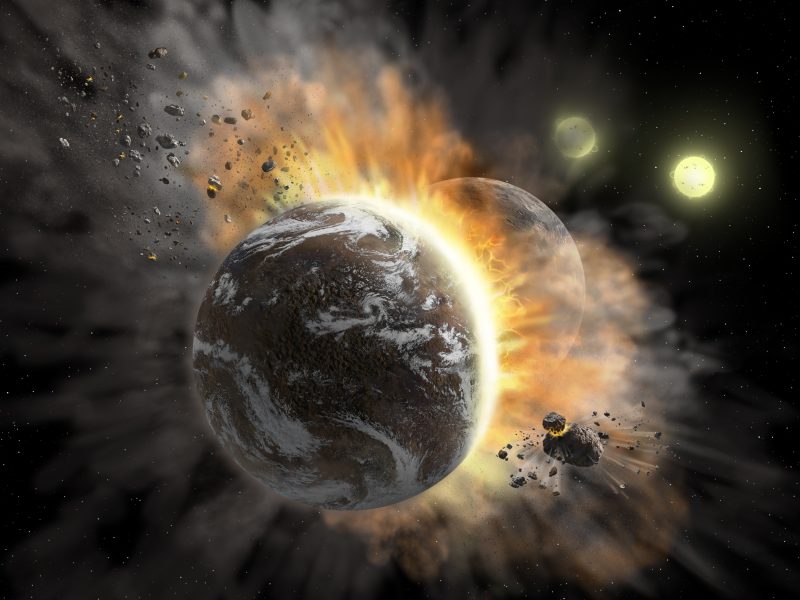 View larger. | Artist’s concept of a catastrophic collision between 2 rocky exoplanets in the planetary system BD +20 307. This system has been known for some years as a place where two worlds collided. In 2019, astronomers observed a change in the dust left behind by the collision. Image via NASA/SOFIA/Lynette Cook.

When astronomers speak of the process that formed our Earth, moon and the other worlds orbiting our sun, they often speak of collisions. The planets began as dust grains orbiting the newly born sun. The grains came together, making bigger grains, ultimately forming clumps that in turn collided with each other to form larger bodies known as planetesimals. More collisions … and more. And even after the planets we know today had ultimately formed, the collisions in our solar system did not stop. They peaked about 4 billion years ago during an interval called the Late Heavy Bombardment by astronomers. The heavily cratered surfaces on our moon, Mars and Mercury still retain scars from this period. Now – looking into our Milky Way galaxy – astronomers have obtained a dramatic glimpse of the aftermath of a collision between two planets in a distant solar system, 300 light-years away. What is it they are glimpsing? Not a collision itself, but the dust that was left behind from a collision that appears to have occurred in about the past 1,000 Earth-years.

The star system is known as BD +20 307. It consists of at least two stars that are at least a billion years old. That’s a fairly mature system; by contrast, our sun is 4.5 billion years old. Our sun and solar system retain some dust, too, mostly in the asteroid belt between Mars and Jupiter, or in the distant, cold Kuiper Belt beyond Neptune. But, by some estimates, the BD +20 307 system has a million times more dust than our solar system. Plus this dust debris isn’t cold, as would be expected in a solar system the age of BD +20 307. Instead, NASA said:

… the debris is warm, reinforcing that it was made relatively recently by the impact of two planet-sized bodies.

NASA’s Spitzer Space Telescope joined ground observatories in providing hints of this collision a decade ago, when the warm debris was first found. More recently, NASA’s Stratospheric Observatory for Infrared Astronomy (SOFIA) showed that – as viewed in the infrared – the brightness of the debris has increased by more than 10%. 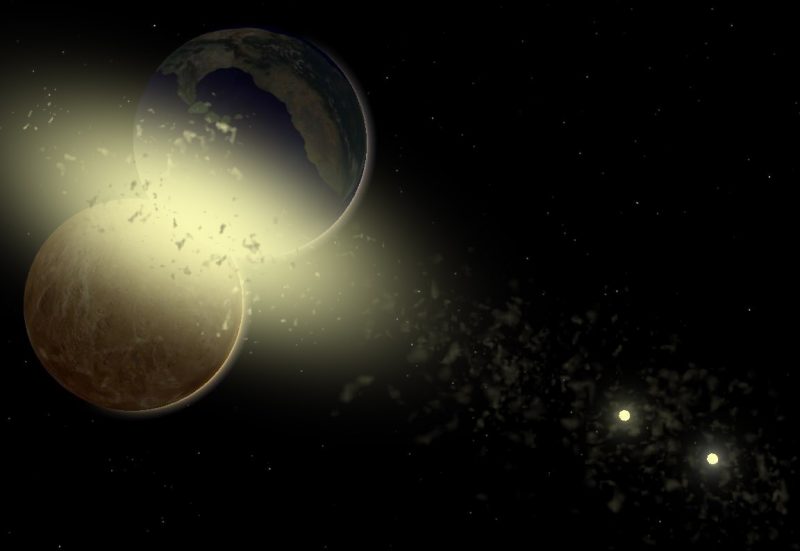 2009 artist’s concept of 2 planets colliding in the BD +20 307 system, via NuclearVacuum/ Wikimedia Commons.

It’s exciting when things in astronomy happen on timescales humans themselves experience. According to NASA, the increase in brightness is a sign there’s now even more warm dust in the BD +20 307 system than there was 10 years ago. NASA explained:

While there are several mechanisms that could cause the dust to glow more brightly – it could be absorbing more heat from the stars or moving closer to the stars – these are unlikely to happen in just 10 years, which is lightning fast for cosmic changes. A planetary collision, however, would easily inject a large amount of dust very quickly.

This provides more evidence that two exoplanets crashed into each other.

The astronomers who made the new observations with SOFIA published their results in the peer-reviewed Astrophysical Journal earlier this year. They said their results:

… further support that an extreme collision between rocky exoplanets may have occurred relatively recently. Collisions like these can change planetary systems. It is believed that a collision between a Mars-sized body and the Earth 4.5 billion years ago created debris that eventually formed Earth’s moon. 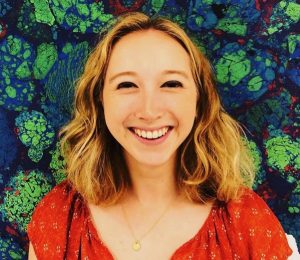 Maggie Thompson is an astrophysics PhD student at UC Santa Cruz and lead author on the paper about warmer dust in the BD +20 307 system. Image via Thompson’s website.

The warm dust around BD +20 307 gives us a glimpse into what catastrophic impacts between rocky exoplanets might be like. We want to know how this system subsequently evolves after the extreme impact. 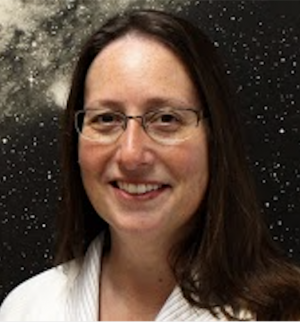 Alycia Weinberger is an observational astronomer interested in planet formation, exoplanets and brown dwarfs. She’s lead investigator on the project to study the BD +20 307 system. Image via Carnegie Institution for Science.

Alycia Weinberger is a staff scientist at the Carnegie Institution for Science’s Department of Terrestrial Magnetism in Washington and lead investigator on the project to study the BD +20 307 system. She said:

This is a rare opportunity to study catastrophic collisions occurring late in a planetary system’s history. The SOFIA observations show changes in the dusty disk on a timescale of only a few years.

The team is analyzing data from follow-up observations to see if there are further changes in the system. 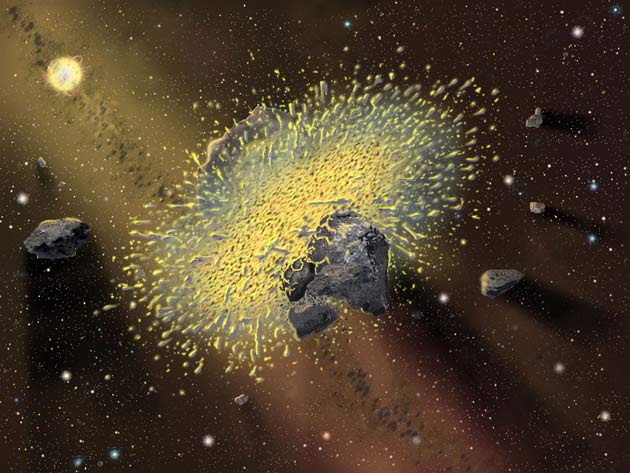 This artist’s concept of a collision in the BD +20 307 system comes from 2005. In that year, observations from the Gemini/Keck observatories in Hawaii revealed dust and caused astronomers to begin speculating about a collision between worlds. They said at that time collisions responsible for the dust could range in size from asteroids (approximated here) to planets the size of the Earth or Mars. Image via Gemini Observatory/Jon Lomberg/Space.com.

Bottom line: Astronomers using SOFIA see 10% more warm dust in the double star system known as BD +20 307 than they did 10 years ago. This fast increase in the amount of warm dust in the system supports the idea that astronomers are witnessing the aftermath of a collision between worlds.