Cosmologists are heading back to their chalkboards, as experiments designed to figure out the nature of dark matter come up empty. 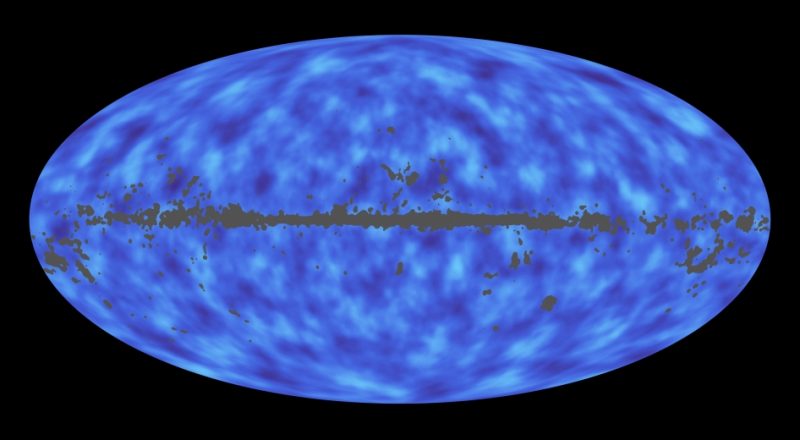 Map of all matter – most of which is invisible dark matter – between Earth and the edge of the observable universe. Image via ESA/NASA/JPL-Caltech.

By Dan Hooper, University of Chicago

The past few decades have ushered in an amazing era in the science of cosmology. A diverse array of high-precision measurements has allowed us to reconstruct our universe’s history in remarkable detail.

And when we compare different measurements – of the expansion rate of the universe, the patterns of light released in the formation of the first atoms, the distributions in space of galaxies and galaxy clusters and the abundances of various chemical species – we find that they all tell the same story, and all support the same series of events.

This line of research has, frankly, been more successful than I think we had any right to have hoped. We know more about the origin and history of our universe today than almost anyone a few decades ago would have guessed that we would learn in such a short time.

But despite these very considerable successes, there remains much more to be learned. And in some ways, the discoveries made in recent decades have raised as many new questions as they have answered.

One of the most vexing gets at the heart of what our universe is actually made of. Cosmological observations have determined the average density of matter in our universe to very high precision. But this density turns out to be much greater than can be accounted for with ordinary atoms.

After decades of measurements and debate, we are now confident that the overwhelming majority of our universe’s matter – about 84 percent – is not made up of atoms, or of any other known substance. Although we can feel the gravitational pull of this other matter, and clearly tell that it’s there, we simply do not know what it is. This mysterious stuff is invisible, or at least nearly so. For lack of a better name, we call it “dark matter.” But naming something is very different from understanding it. 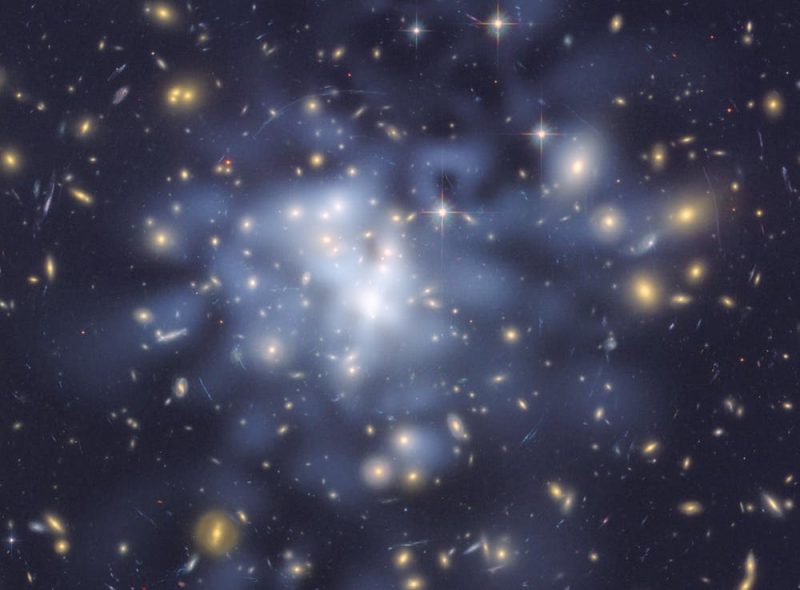 Astronomers map dark matter indirectly, via its gravitational pull on other objects. Image via NASA, ESA, and D. Coe (NASA JPL/Caltech and STScI).

For almost as long as we’ve known that dark matter exists, physicists and astronomers have been devising ways to try to learn what it’s made of. They’ve built ultra-sensitive detectors, deployed in deep underground mines, in an effort to measure the gentle impacts of individual dark matter particles colliding with atoms.

They’ve built exotic telescopes – sensitive not to optical light but to less familiar gamma rays, cosmic rays and neutrinos – to search for the high-energy radiation that is thought to be generated through the interactions of dark matter particles.

And we have searched for signs of dark matter using incredible machines which accelerate beams of particles – typically protons or electrons – up to the highest speeds possible, and then smash them into one another in an effort to convert their energy into matter. The idea is these collisions could create new and exotic substances, perhaps including the kinds of particles that make up the dark matter of our universe.

As recently as a decade ago, most cosmologists – including myself – were reasonably confident that we would soon begin to solve the puzzle of dark matter. After all, there was an ambitious experimental program on the horizon, which we anticipated would enable us to identify the nature of this substance and to begin to measure its properties. This program included the world’s most powerful particle accelerator – the Large Hadron Collider – as well as an array of other new experiments and powerful telescopes. 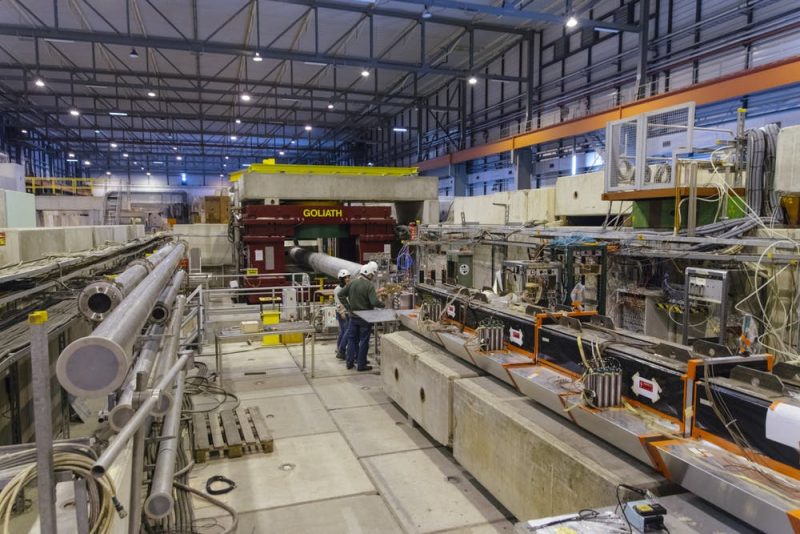 Experiments at CERN are trying to zero in on dark matter – but so far no dice. Image via CERN.

But things did not play out the way that we expected them to. Although these experiments and observations have been carried out as well as or better than we could have hoped, the discoveries did not come.

Over the past 15 years, for example, experiments designed to detect individual particles of dark matter have become a million times more sensitive, and yet no signs of these elusive particles have appeared. And although the Large Hadron Collider has by all technical standards performed beautifully, with the exception of the Higgs boson, no new particles or other phenomena have been discovered. 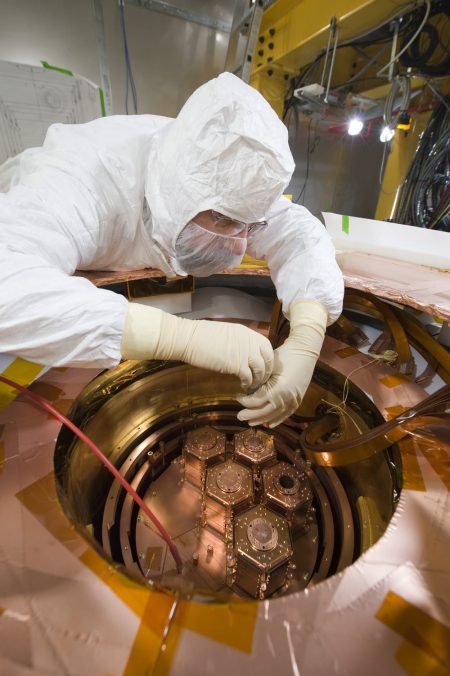 At Fermilab, the Cryogenic Dark Matter Search uses towers of disks made from silicon and germanium to search for particle interactions from dark matter. Image via Reidar Hahn/Fermilab.

The stubborn elusiveness of dark matter has left many scientists both surprised and confused. We had what seemed like very good reasons to expect particles of dark matter to be discovered by now. And yet the hunt continues, and the mystery deepens.

In many ways, we have only more open questions now than we did a decade or two ago. And at times, it can seem that the more precisely we measure our universe, the less we understand it. Throughout the second half of the 20th century, theoretical particle physicists were often very successful at predicting the kinds of particles that would be discovered as accelerators became increasingly powerful. It was a truly impressive run.

But our prescience seems to have come to an end – the long-predicted particles associated with our favorite and most well-motivated theories have stubbornly refused to appear. Perhaps the discoveries of such particles are right around the corner, and our confidence will soon be restored. But right now, there seems to be little support for such optimism.

In response, droves of physicists are going back to their chalkboards, revisiting and revising their assumptions. With bruised egos and a bit more humility, we are desperately attempting to find a new way to make sense of our world.