Click in to learn how to watch 2 International Space Station astronauts perform the 1st in a series of spacewalks NASA is calling “the most complex in a decade.” 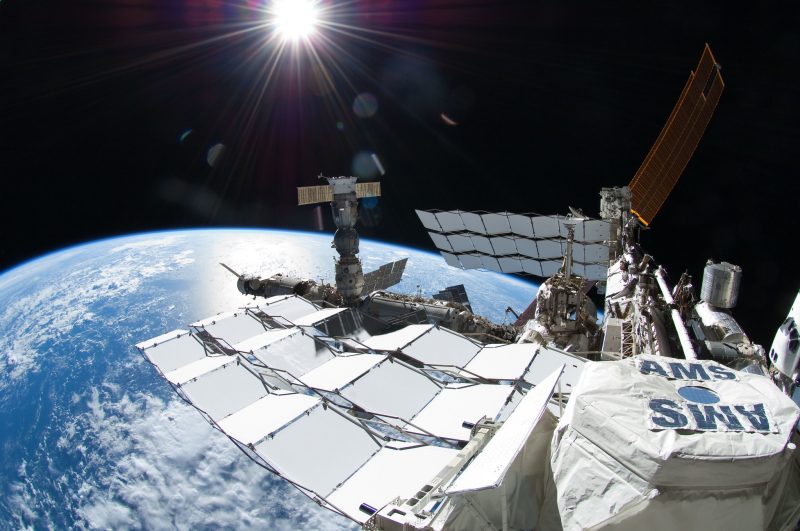 This picture, taken during a July 2011 spacewalk, shows the International Space Station with space shuttle Atlantis (docked at the edge of the frame on the far right) and a Russian Soyuz spacecraft (docked below the sun). In the foreground is the Alpha Magnetic Spectrometer (AMS) experiment, which will be repaired by astronauts in upcoming spacewalks, the first of which is November 15, 2019. Image via NASA/Ron Garan.

Astronauts have now ventured outside the International Space Station on this Friday, November 15, 2019, for the first of a series of complex spacewalks to repair a cosmic ray detector.

You can follow the live coverage on NASA TV.

Friday’s spacewalk is the first of at least four spacewalks currently planned before the end of this year (the others are as yet unscheduled) to repair the Alpha Magnetic Spectrometer (AMS), a cosmic ray detector.

Over the course of the spacewalks, the astronauts will replace a cooling system and fix a coolant leak on AMS. Delivered to the station in May 2011, AMS captures cosmic particles and measures their electrical charge in its search for antimatter and dark matter. The upgraded cooling system will support AMS through the lifetime of the space station. 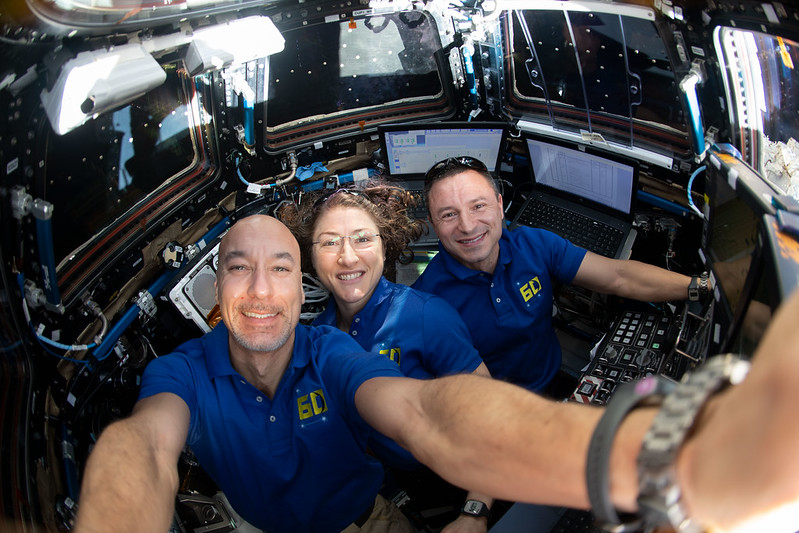 Here are 3 of the astronauts aboard ISS right now: (from left) Luca Parmitano, Christina Koch and Andrew Morgan. They’re pictured at the robotics workstation inside the cupola, the International Space Station’s “window to the world.” Click this ISS page at NASA to learn who is aboard the Space Station now.

These spacewalks are considered the most complex of their kind since the Hubble Space Telescope servicing missions, which took place between 1993 and 2009. The AMS originally was designed for a three-year mission and, unlike Hubble, was not designed to be serviced once in space. More than 20 unique tools were designed for the intricate repair work, which will include the cutting and splicing of eight cooling tubes to be connected to the new system, and reconnection of a myriad of power and data cables. Astronauts have never cut and reconnected fluid lines during a spacewalk.

Parmitano and Morgan have spent dozens of hours training specifically for the AMS repair spacewalks. NASA astronauts Christina Koch and Jessica Meir will support the duo on Friday. Meir will be in charge of the Canadarm2 robotic arm while Koch manages the U.S. spacesuits.

You can follow the live coverage on NASA TV.