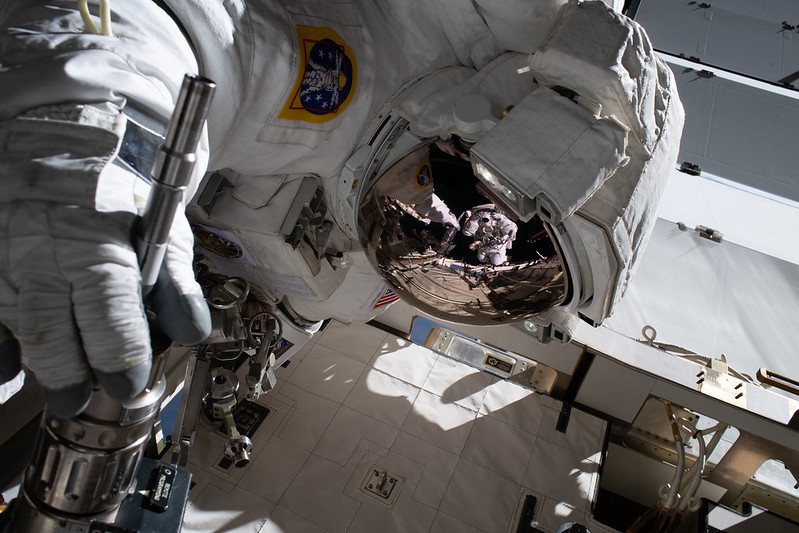 On Saturday, January 25, 2020, two astronauts will perform the last of this month’s three International Space Station (ISS) spacewalks, to finish the repair of a cosmic ray detector. NASA TV’s live coverage of the spacewalk will begin on Saturday at 10:30 UTC (5:30 a.m. ET). Translate UTC to your time.

NASA astronaut Andrew Morgan and Luca Parmitano of ESA will finalize thermal repairs on the Alpha Magnetic Spectrometer’s cooling apparatus. Work on the apparatus began in November and December 2019. Morgan and Parmitano will verify that it’s ready for use.

On January 20, NASA astronauts Jessica Meir and Christina Koch performed a spacewalk to finish work they started during the month’s first spacewalk on January 15, to upgrade power systems on the station’s Port-6 truss structure.

A few 2020 lunar calendars are still available. Order yours before they’re gone. Makes a great gift! 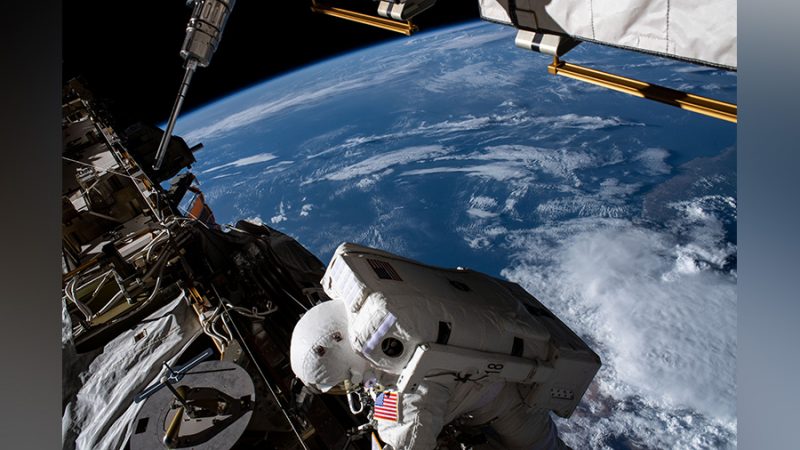 NASA astronaut Christina Koch is pictured working in the vacuum of space 265 miles (426 km) above the Atlantic Ocean off the coast of Africa during a spacewalk on January 15, 2020. Image via NASA.

.@Astro_Jessica and @Astro_Christina wrapped up the first spacewalk of 2020 at 2:04pm ET today after working 7 hours and 29 minutes in the vacuum of space swapping space station batteries. #AskNASA | Read more… https://t.co/qCrCa8JgeS pic.twitter.com/xvwpIjmnIZ 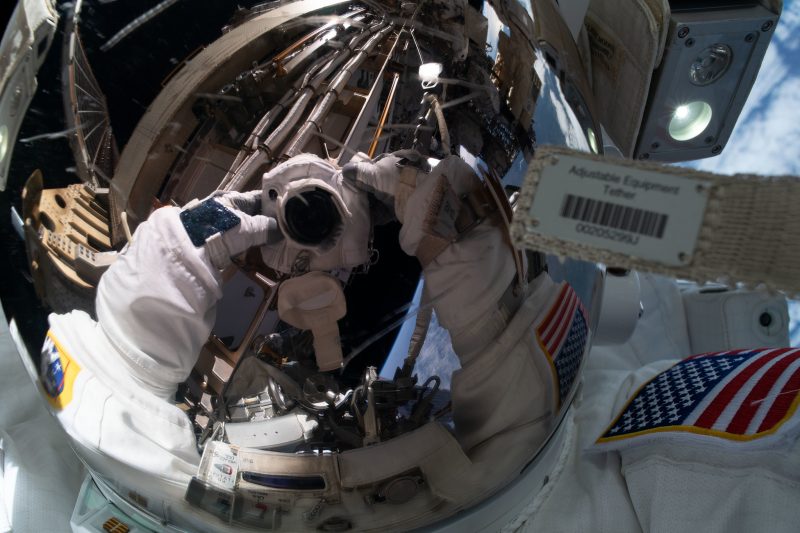 View larger. | NASA astronaut Jessica Meir takes a “space-selfie” with her spacesuit helmet visor down reflecting her camera and ISS hardware. She and fellow NASA astronaut Christina Koch (out of frame) performed the 1st all-woman spacewalk on October 18, 2019. Image via NASA.