On Friday, March 5, two astronauts will perform the 2nd in a pair of International Space Station spacewalks to ready the station for solar array upgrades. How to watch live. 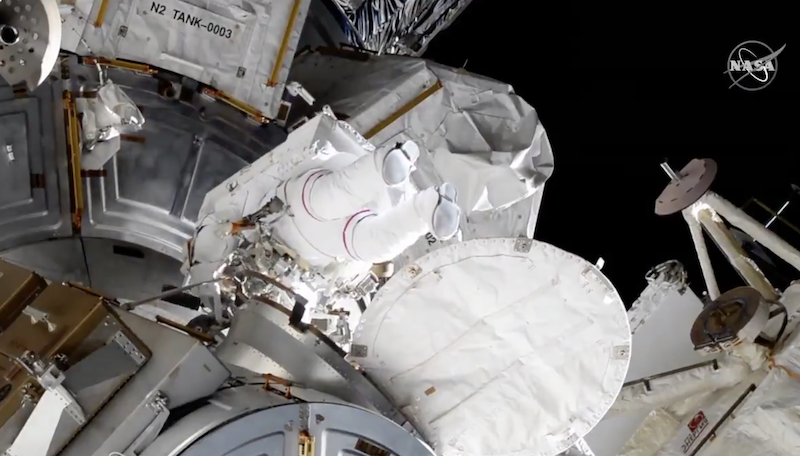 As the sun sets on the ISS, astronaut Kate Rubins enters the Quest airlock, getting ready to conclude the spacewalk on February 28, 2021. Image via NASA.

On Friday (March 5, 2021) two International Space Station (ISS) crew members will conduct the second in a pair of spacewalks to continue to ready the station for solar array upgrades. Live coverage will air on NASA TV, beginning at 5:30 a.m.EST (10:30 UTC; translate UTC to your time), with the astronauts scheduled to exit the station at about 7:00 a.m. EST (12:00 UTC) The spacewalk will last approximately 6 1/2 hours. Watch here.

The pair will install a ‘stiffener’ on the Quest airlock thermal cover to prevent it from blowing out when residual atmosphere escapes as the hatch is opened. Glover began addressing this issue on a previous spacewalk by installing a stronger magnet to keep the cover closed. The crew also will remove and replace a wireless video transceiver assembly.

The Exp 64 crew is gearing up for another spacewalk while also setting up advanced research hardware and entering BEAM. More… https://t.co/uW5zrPQoGx pic.twitter.com/UPhxe24RdT

The first in this pair of spacewalks took place on February 28. During it, Rubins and NASA flight engineer Victor Glover began assembling and installing modification kits required for upcoming solar array upgrades. According to a NASA statement:

The current solar arrays are functioning well, but have begun to show signs of degradation, as expected, as they were designed for a 15-year service life. The first pair of solar arrays were deployed in December 2000 and have been powering the station for more than 20 years. Later this year, the new solar arrays will be positioned in front of six of the current arrays, increasing the station’s total available power from 160 kilowatts to up to 215 kilowatts. 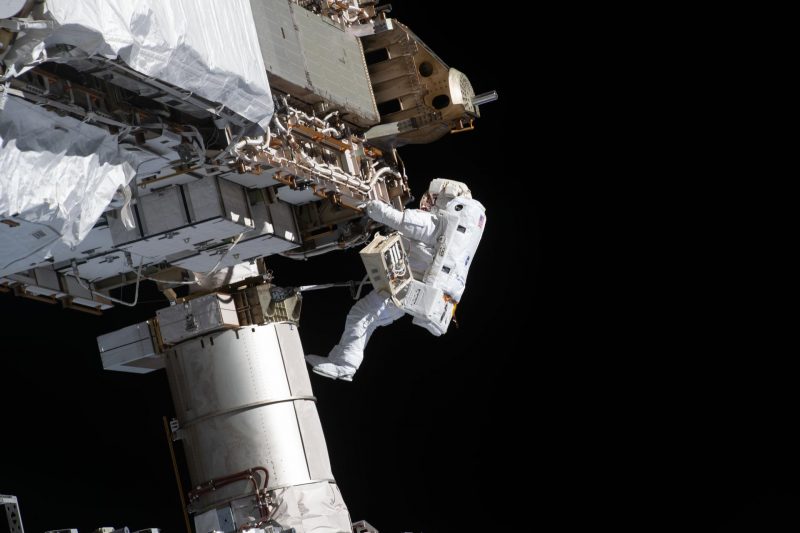 Bottom line: On Friday, March 5, 2021, watch live coverage as two astronauts perform the second in a pair of International Space Station spacewalks to ready the station for solar array upgrades. How to watch.