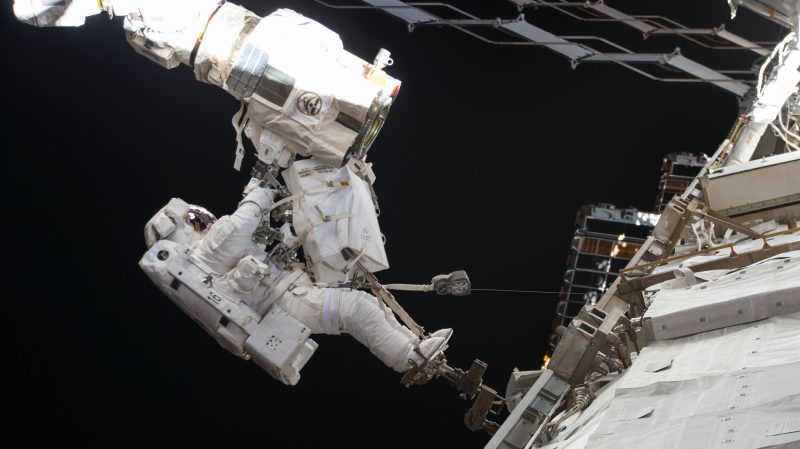 On Monday, January 29, 2018, two astronauts aboard the International Space Station (ISS) will perform the year’s second spacewalk to continue to work on the station’s robotic arm.

The year’s first spacewalk happened on January 23. The objective of that spacewalk, according to a NASA statement, was:

…to replace one of two redundant latching end effectors (LEE) on Canadarm2, the station’s robotic arm, which has experienced some degradation of its snaring cables. A spare LEE will replace the current LEE B.

Monday’s spacewalk will continue that work, and

… [secure] the degraded LEE B on the station’s Mobile Base System rail car as a spare. Similar work was conducted on the robotic arm’s LEE A during a series of spacewalks last October.