In the US East? Look up for Sunday’s resupply mission launch

A Cygnus resupply spacecraft headed for the International Space Station is scheduled to launch on Sunday, February 9, from Wallops Flight Facility in Virginia. How and when to watch live in the sky, or on NASA TV. 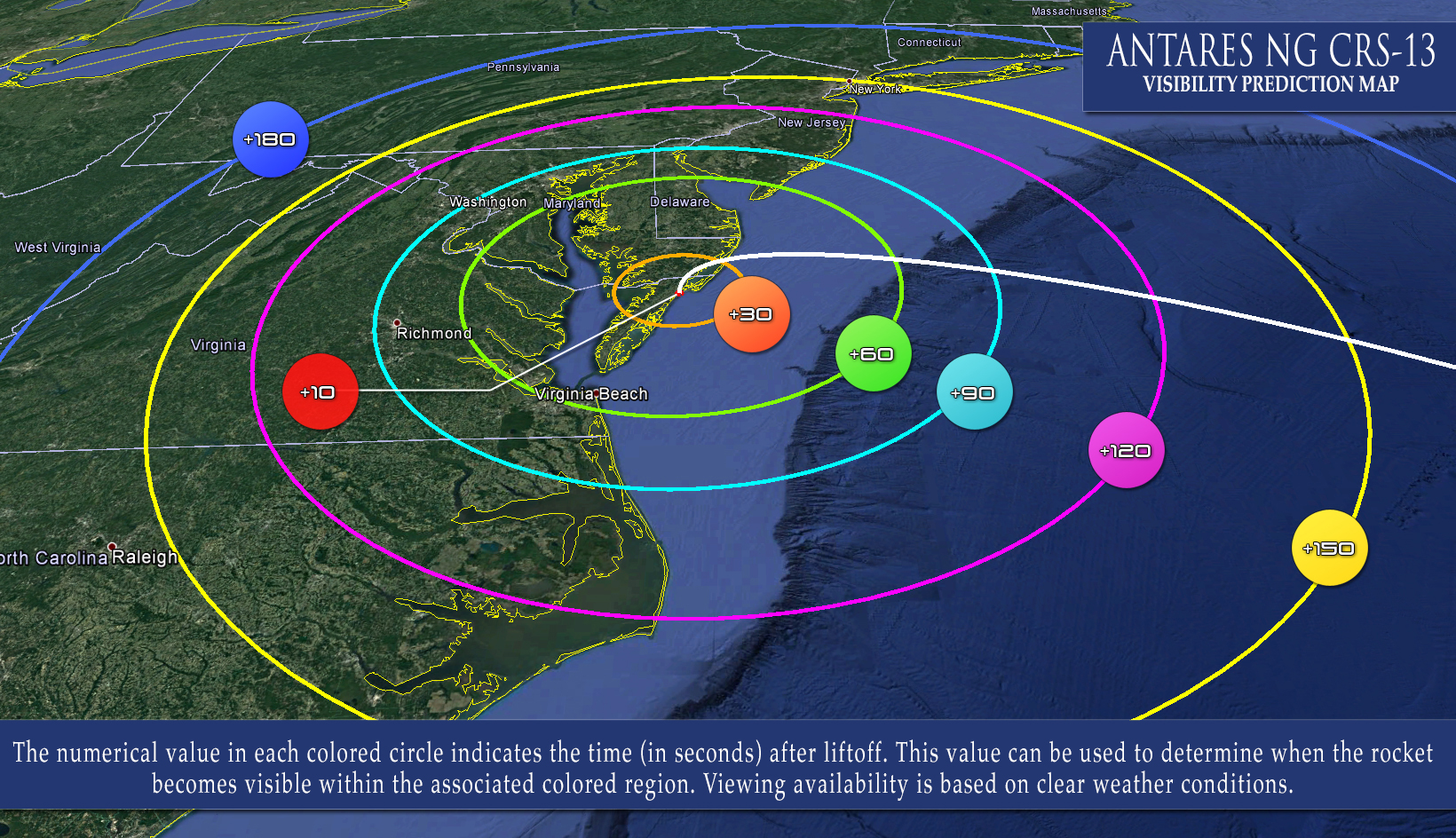 View larger. | Are you in the U.S. mid-Atlantic region on Sunday? Look up! This map indicates when (in seconds) and where to look up in the sky after the launch on Sunday, February 9, 2020, of a Northrop Grumman Antares rocket, going up from Wallops, carrying the company’s Cygnus cargo spacecraft on a resupply mission to ISS. The launch is targeted for 5:39 p.m. EST Sunday. Image via NASA.

On Sunday, February 9, 2020, the next resupply services mission to the International Space Station (ISS) is scheduled to launch from NASA’s Wallops Flight Facility in Virginia. Target time for launch of the Cygnus spacecraft, via an Antares rocket, is 22:39 UTC (5:39 p.m. EST); translate UTC to your time. Given clear skies and good viewing conditions, the launch may be visible to residents throughout the mid-Atlantic region and possibly the East Coast of the United States. See the map above, and visit this NASA page for further details, if you plan to watch in the sky.

If you’re not in the U.S. mid-Atlantic region, you can also watch live coverage of the Cygnus launch on NASA TV and the agency’s website. TV coverage begins Sunday at 22:00 UTC (5 p.m. EST).

This will be Northrop Grumman’s 13th commercial resupply mission to ISS using its Cygnus cargo spacecraft. The spacecraft will be loaded with approximately 8,000 pounds (3,600 kg) of research, crew supplies, and hardware.

The Cygnus spacecraft will arrive at the space station on Tuesday, February 11. ISS astronauts will capture Cygnus with the station’s robotic arm and install the spacecraft.

Cygnus is scheduled to stay at the space station until May 11, when it will depart the orbiting laboratory. Cygnus will dispose of several tons of trash during a fiery reentry into Earth’s atmosphere on May 25. 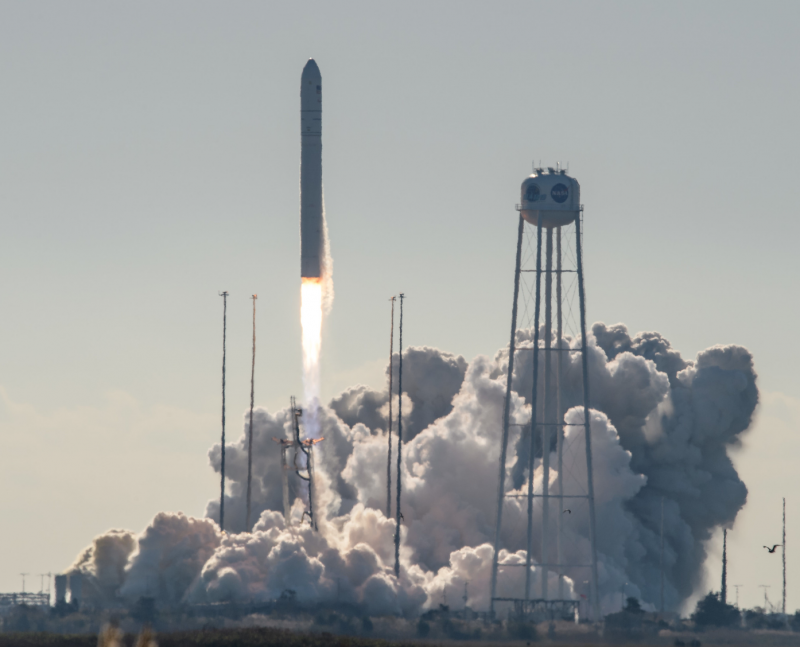 Bottom line: Watch launch of Cygnus resupply mission to the ISS on February 9, 2020.