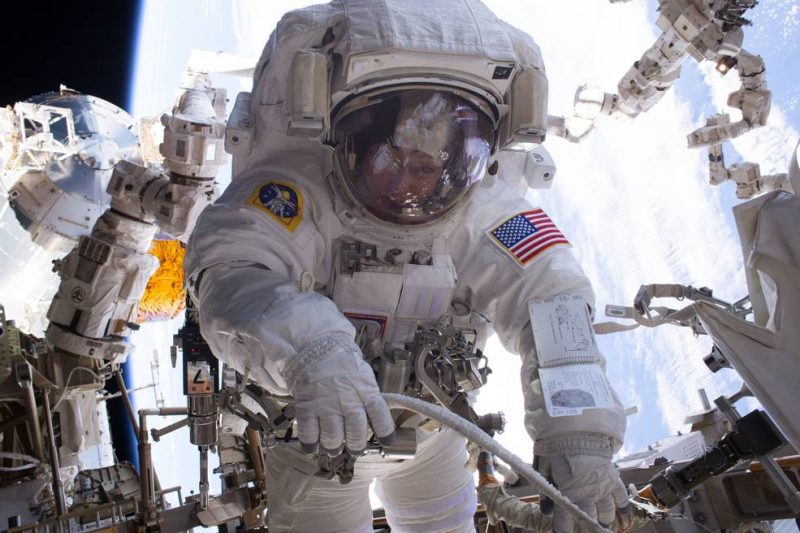 NASA astronaut Peggy Whitson is seen during a Jan. 6, 2017, spacewalk during Expedition 50 aboard the International Space Station. Image via NASA

Two NASA astronauts will perform a landmark 200th spacewalk at the International Space Station (ISS) on Friday, May 12, 2017. Live coverage will begin at 6:30 a.m. EDT (10:30 UTC; translate to your timezone.) Watch on NASA Television or at the agency’s website. The spacewalk sill last about 6.5 hours.

Here’s what the astronauts will be doing outside the station on Friday, according to a NASA statement:

Whitson and Fischer will venture outside the Quest airlock to replace a large avionics box that supplies electricity and data connections to the science experiments, and replacement hardware stored outside the station.

The ExPRESS Carrier Avionics, or ExPCA is located on the starboard 3 truss of the station on one of the depots housing critical spare parts. It will be replaced with a unit delivered to the station last month aboard the Orbital ATK Cygnus cargo spacecraft.

In addition, Whitson and Fischer will install a connector that will route data to the Alpha Magnetic Spectrometer and help the crew determine the most efficient way to conduct future maintenance on cosmic ray detector.

The first spacewalk in support of ISS assembly and maintenance was conducted on December 7, 1998, during space shuttle Endeavour’s STS-88 mission.