Meet the giant exoplanet where it rains iron 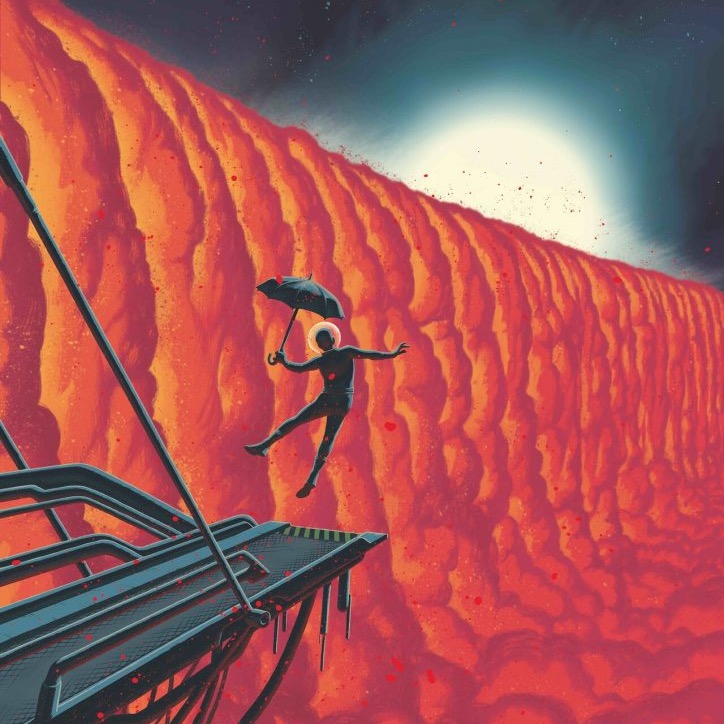 A whimsical conception of exoplanet WASP-76b, where it rains iron. Image via Frederik Peeters / ESO.

Scientists have found evidence for rain on an exoplanet. But don’t get too excited for the prospect of life on this world, since, instead of water, the rainfall consists of extremely hot vapor droplets of iron.

Researchers at the University of Geneva in Switzerland announced these new findings on March 11, 2020. They were also published in a peer-reviewed paper in the journal Nature on March 11.

The giant planet, called WASP-76b, is about 640 light-years away in the constellation Pisces. (The distance is based on more recent data, as noted in the press release; previously the distance was listed as 390 light-years). Since it receives thousands of times more radiation from the sun than Earth does, the planet is extremely hot, with temperatures reaching 4,350 degrees Fahrenheit (2,400 degrees Celsius) on its day side. The planet is also tidally locked; it keeps one face to its star, much as our moon always has one side facing Earth.

The temperatures on planet WASP-76b are scorching, high enough for metals to be vaporized. Molecules can be separated into their individual atoms, and metals like iron can literally evaporate. As David Ehrenreich at the University of Geneva, who led the study, said in a statement:

One could say that this planet gets rainy in the evening, except it rains iron. 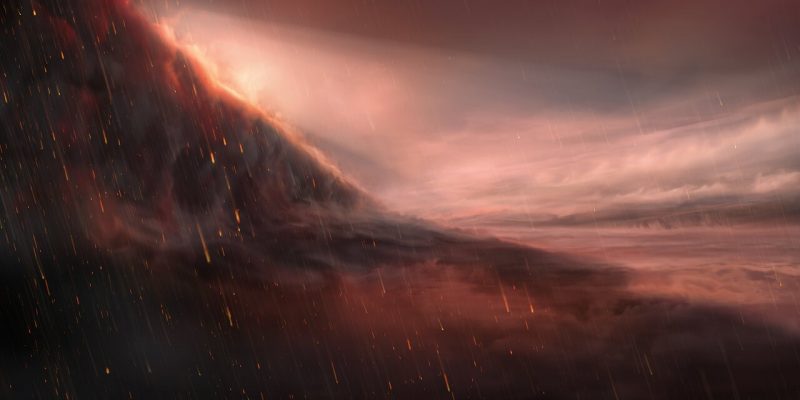 Another artist’s concept of exoplanet WASP-76b, showing a night-side view of the surface. This giant exoworld has a permanent day side where temperatures soar above 4,350 degrees Fahrenheit (2,400 degrees Celsius), high enough to vaporize metals like iron. Strong winds carry iron vapor to the cooler night side where it condenses into iron droplets. On the left of the image, we see the evening border of the exoplanet, where it transitions from day to night. Image via ESO/ M. Kornmesser.

The night side of the planet is cooler – “only” about 2,730 degrees Fahrenheit (1,500 degrees Celsius) – and winds carry the iron vapor from the day side to the night side.

The day and night sides are different not only according to temperature, but also chemistry. Scientists used the Echelle SPectrograph for Rocky Exoplanets and Stable Spectroscopic Observations (ESPRESSO) instrument on ESO’s Very Large Telescope (VLT) in the Chilean Atacama Desert to measure the chemical variations between the day side and night side. Iron vapor was detected at the evening border between the day side and night side. The researchers think that the iron condenses into clouds when it reaches the darker, cooler night side of the planet. It then literally rains liquid iron on the night side. According to Ehrenreich:

Surprisingly, however, we do not see the iron vapor in the morning. It is raining iron on the night side of this extreme exoplanet. 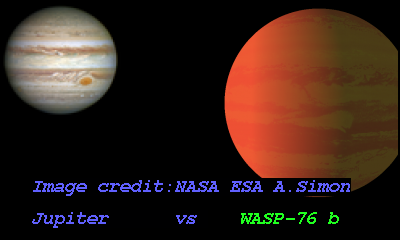 As María Rosa Zapatero Osorio, an astrophysicist at the Center for Astrobiology in Madrid, Spain, also noted:

The observations show that iron vapor is abundant in the atmosphere of the hot day side of WASP-76b. A fraction of this iron is injected into the night side owing to the planet’s rotation and atmospheric winds. There, the iron encounters much cooler environments, condenses and rains down.

The absorption signal, attributed to neutral iron, is blueshifted by -11±0.7 km s-1 on the trailing limb, which can be explained by a combination of planetary rotation and wind blowing from the hot dayside. In contrast, no signal arises from the nightside close to the morning terminator, showing that atomic iron is not absorbing starlight there. Iron must thus condense during its journey across the nightside. 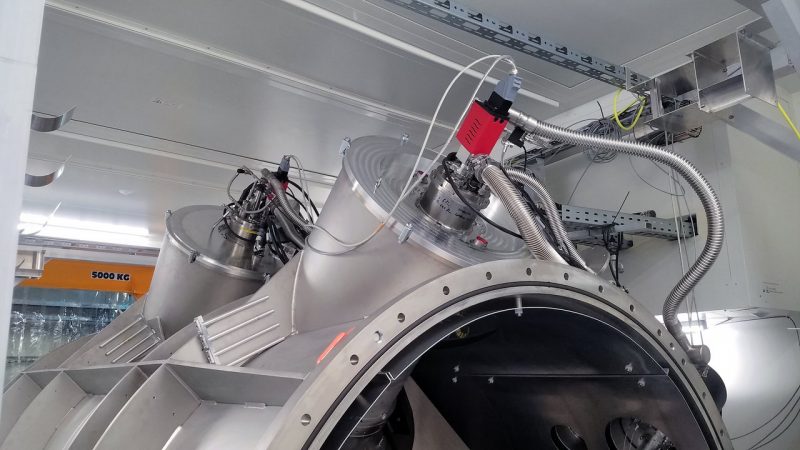 It showcases probably one of the most extreme planetary climates we’ve ever seen.

These results come from the first science observations done by ESPRESSO in September 2018. Its primary mission is to search for Earth-like stars orbiting sun-like stars. But scientists now realize they can use it to study the atmospheres of other exoplanets as well. According to Pedro Figueira, ESPRESSO instrument scientist at ESO in Chile:

We soon realized that the remarkable collecting power of the VLT and the extreme stability of ESPRESSO made it a prime machine to study exoplanet atmospheres.

What we have now is a whole new way to trace the climate of the most extreme exoplanets. 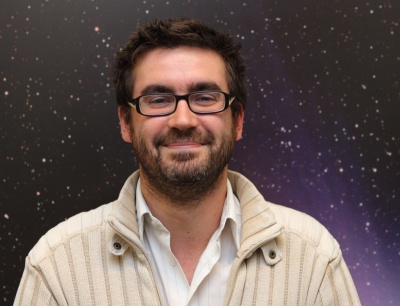 WASP-76b’s discovery was announced in 2013 and it is a hot Jupiter type exoplanet, which are gas giant planets like Jupiter that orbit very close to their stars. It takes less than two Earth days for WASP-76b to orbit its star.

These findings provide a glimpse into just how exotic exoplanets can be, sometimes like nothing in our own solar system. The results will also help scientists better understand worlds like hot Jupiters, including how they formed and evolved, and how they differ from the gas giants in our solar system.

Source: Nightside condensation of iron in an ultra-hot giant exoplanet